Yes to a united Europe, no to the European Union 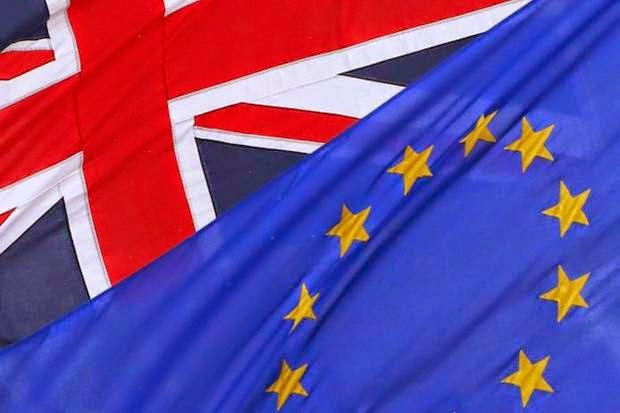 As we have already discussed, dealing with immigration is going to take a lot more than just wishful thinking. If Britain really wants to tackle immigration it is going to have to ask why so many want to come to this rainy little island in the first place. In part that has a lot to do with us dropping bombs on their homelands.

I am not wholly convinced that "the West" is responsible for the mess in Libya. The war has been raging before we intervened and the regime was already collapsing. We may well have prevented a massacre, but odds are all we did was delay it at great expense. But what we did see from that was an EU keen to flex its diplomatic muscles and act as the voice of Europe when there was no such unity. German was not behind the NATO action, Italy was reluctant and Britain was following the lead of the French who in the main were protecting their own interests. It was William Hague's shallow humanitarianism that took us in. We are now in part responsible for the mess that follows.

But what is critical about that whole affair was the EU acting essentially without a mandate from member states and acting as a government. And that really shines a torch on what the EU really wants to be - a government of Europe. It's true the EU did not strong arm us into participation, nor could it conceivably do so, but what was done was done in the name of the EU to further its own agenda, much like events in Ukraine. The truth is we cannot afford to be stoking any more of these fires on our doorstep.

But as much as immigrants come to our shores to escape war, they come for jobs and a better life. So it becomes a more involved question of how we remove the need to risk life and limb for a better life. The answer to that lies in foreign aid and international development. The problem is that so few understand what aid is really for and how to make it serve the national interest.


Too much of foreign aid goes toward feel-good spending, toward a wristband foreign policy, when really trade is the answer to poverty. In that respect we should take a leaf from the book of Roman conquests. Why is it it that Egypt is a net importer of grain? Simple. The roads mean that goods spoil before they get to market. Like Helmand Province, it could be wholly agriculturally self-sufficient and an exporter with the right infrastructure. If Europe wants to stem the flow of immigration, we'd be better off paying for new roads than whatever politically correct nonsense DfID dreams up. Some ask if we can afford to do it. I might ask if we can afford not to?

There are those who point to foreign aid going to tinpot dictators and to nations with appalling human rights records, but the reality is, if we want them to co-operate, there's a price tag. Nothing comes for free. While it seems from the outside that much of our aid money is squandered, we are not party to all the reasoning. The question then becomes one of how we make it transparent without undermining national security? As is often the case, it's never quite as stupid as it looks, but managing perceptions is difficult.

But as we have seen with most EU efforts, our money goes into a black hole with zero transparency and zero accountability. That's why we need to spend aid directly, and it may transpire that we do need to spend more than we have already committed, and if we accept that an active foreign policy is critical to our defence then it follows that foreign aid spending will be higher than actual defence spending.

But before we can approach this question, we will have to decide once and for all what our foreign policy is. We cannot work to an EU agenda and ride two horses. We will have to work in partnership with other EU states rather than delegating to the EU corporate entity. But in order to do that, we will have to leave the EU.

That is not to say we lose out out on the benefits, in that the main supposed benefits of the EU are actually the benefits of the single market - which is a wholly separate thing. If we remain members of the EEA it means we can keep the basic freedoms and open borders while having the independence to properly manage the factors we can control. In so doing we will be a great deal more influential.

This will still mean working closer with Europe than ever before and recognising that we do have a common interest in defeating world poverty. But if we are going to leave the EU, it must be for the purposes of furthering our role in the world, increasing global participation and using our freedom to open up new trade. Openness, co-operation and trade will secure our future and our influence, and we can do more if we are not shackled to the EU.

The EU is going its own way in ways we cannot presently influence by way of not being in the Euro. If we leave the EU we will have greater influence over it by leading the way globally rather than reluctantly following as a subdued voice within it.

But this means we will have to recognise the EU as a power whether we like it or not, and one which we must forge good relations with in order to get what we want. We are are not going to get that from Ukip who seek to make the EU an enemy and want to close down foreign aid spending and seal off the borders. I want to see a Europe of united nations working toward their common goals, but as not slave states working to further the agenda of an unaccountable Euro-elite, meddling where it has no mandate. Ukip is right to question its legitimacy, but Ukip's vision for the UK, being a closed off, isolated little nation is a road to ruin and irrelevance just as much as our EU membership is.
Posted by Pete North at 05:18