Even if Farage wins, he's still a loser 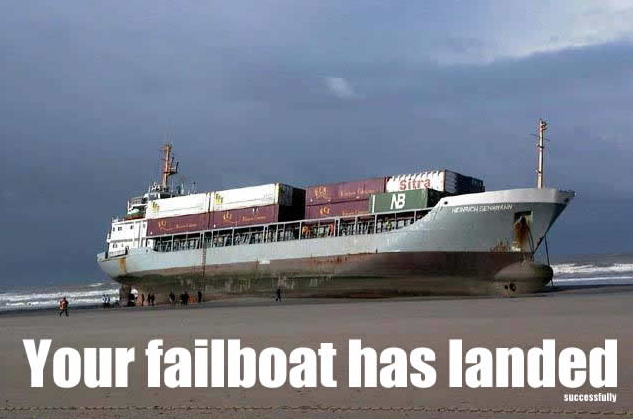 Up to now I've not been convinced Farage could win Thanet South. But with Craig McKinley running a lacklustre campaign and Ukip throwing all it's got at getting Farage elected, it's now a distinct possibility he could win there. A plausible report from Matthew Goodwin seems about right in this one instance, having embedded himself into Farage's campaign.

It does look like Labour have surrendered the territory and instead will throw what they have at preventing an "insurgency" in Rotherham. But even then Rotherham may well be a shoe in for Ukip in light of Sarah Champion's latest bad press, having put a remembrance wreath on expenses. What effect this will have is anybody's guess. But the problem with rune reading is that events happen - and there is still a couple of months to run in which fortunes can change.

Either way we're still not looking at more than four seats for Ukip, and my instincts tell me only two. Probably. I feel safe in making such predictions in that whatever the result, is still does not change the central thesis of this blog in that the longer Farage stays, the more damage he will do, making it impossible for the party to recover from his departure, and if he does win in Thanet, his approval ratings will sink further. Ukip may like him, the public does not - and Farage on the green benches will be even more messianic than he is already.

Not that this will register with kippers. They will be even worse than ever, failing to understand that the election of Farage is seriously bad news for our prospects of leaving the EU. In the eyes of the media bubble Farage will be the parliamentary spokesman for all things eurosceptic. And that will be a disaster. With an unstable, undisciplined loose cannon mouthing off without due care for the details the referendum battle will be made all the more challenging. Especially with Matthew Elliot making a pigs ear of the campaign.

Mark Wallace of ConservativeHome seems to have finally taken on the message of this blog saying pretty much what we have been saying for an entire year or more in many different permutations. Such articles can be found here, here and here. But Wallace succinctly hammers it home in terms even a Kipper can understand:


If you ever feel the urge to run a failed Out campaign in an in/out referendum on Britain’s membership of the EU, here’s how to do it in two easy steps.

First, make Out-ism all about immigrants and foreigners. Indelibly associate it with gripes about how many people speak English on your train to work, mutter about abolishing protection from racial discrimination in the workplace, stuff your mouth full of dog-whistles and blow until you can blow no more. Neglect to make a positive case for replacing the protectionist, monolithic, anti-democratic EU with an outward-looking, free-trading approach to the whole world. Provide no messages to the wavering, softly eurosceptic millions other than those which confirm the fears raised by the In camp’s scare-mongering.

Second, having built such a poor platform, insist on an immediate EU referendum. In return for your support for a minority government, demand a vote on a timescale that provides for no campaign period beyond a couple of weeks, no time to build a big Out coalition across party lines and no opportunity for anyone to undo the damage your focus on foreigners has done to distract from the positive case for independence.

Of course, while such an approach is a recipe for failure in a referendum, it may simultaneously be a recipe for maximising support for your party among the 20 per cent or so of voters whom you hope will hand you the greatest partisan advantage, and to hell with the impact on our chances of actually leaving the EU. But to make that trade, you’d have to put party before country – and that would be wrong. Wouldn’t it?

Not that this has any chance of being heeded by the Kippers. Their tribal loyalty trumps any tactical proposition and such strategic thinking is beyond them. All that matters is the cult, and not once will they ask what that actually achieves. A depressing thought. I never would have envisaged in a million years that the man we toured the country with back in the days of Alan Sked would one day be the biggest obstacle to leaving the EU. If Farage does win in Thanet then prospects are bleak, not only for Ukip, but for everything we have spent twenty years fighting for. As horrific as the prospect sounds a Labour win might be the only salvation for euroscepticism. But then on the other hand, the man best able to stop Farage... is Farage.
Posted by Pete North at 06:11