The public are out of touch 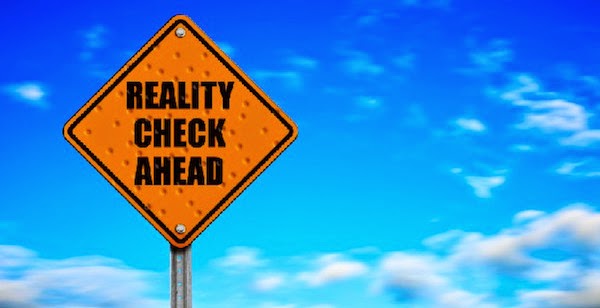 In recent years we have seen calls for press regulation, largely driven by celebs and politicos who don't like hacks sifting through their bins and hacking their phones. They fail to understand that as public figures, there is a public interest in observing the relationship between what they say and what they do. There are some practices which are indeed abhorrent, but the risk of regulation means that enforcement powers will be, and have been, used to frustrate entirely legitimate journalist.

But there is another aspect of this. One which I'm not clear on at all. We have made attempts to produce unbiased media in the form of the BBC, which to some extent works well, but in some key areas the BBC lies by omission, and gets to frame the debate according to the narrow horizons of their "journalists". It is done wilfully. And then we have the Daily Express and Daily Mirror who exploit the stupidity and gullibility of their readers and feed them distortions and half truths. Similarly The Times offers little of value, essentially being a court circular for the ruling classes. The same garbage dressed up for a different audience.

Further to this we have the Daily Mail which is in a class of its own for wilfully misrepresenting news stories and knowingly publishing propaganda, weaving a narrative of its own, largely because media is now a numbers game where more profit is made by producing a worse product.

Then we have The Telegraph: a lightweight Tory rag where journalism is hardly ever practiced, and its content mainly serves to protect the interests of corporates and their investments. That leaves the Guardian ploughing its own furrow, with social commentary so far removed from reality, one wonders if it does not exist in a parallel dimension.

All of the above occasionally make a worthwhile contribution to the national debate but in the main distort it and toxify it. It's insidious and malevolent in intent. It is failing to properly inform the public, it is deliberately misleading them and is massaging the growing rift between people and their politicians, reinforcing corrosive and cynical perceptions that it's politicians conspiring against them when it is in fact the media.

I have no idea how you could regulate them and there's no guarantee it would work but something somehow has to be done about them. I don't recall a time when media was so unfit for purpose. It is said that we benefit from a thriving and wide ranging media, but anyone who knows about anything in detail knows precisely that's what we haven't got and it is in fact a narrow, venal little swamp of sychophants and shysters, few of whom feel any obligation to educate themselves let alone the public.

It used to be that journalists had to establish their credibility before being afforded prestige but now being a celeb in your own right affords you prestige, which in most cases absolves such an individual from having to think. Thus we have an army of shitehawks producing illiterate half-informed opinion dressed up as journalism and that sets the agenda and the tone of the national debate. MPs are now accused of being out of touch when in fact it's the other way around. The public is out of touch because they depend on their media to inform them. MPs are then accused of holding voters in contempt. From their perspective, I can't says I blame them. I certainly do.

We do have a great many hard working MPs, few of whom see any thanks or reward for their dedication and tireless work in committee rooms and home offices. Commentators point to a disconnect between our politicians and the people but if anything is causing it, it's our media. The notion that MPs don't represent ordinary people is laughable. Half the problem is because many are distinctly ordinary - and about as well informed. But that's the luck of the draw with representative democracy. If we get bad decisions it's because the system doesn't work, so it not really going to make much of a difference who we elect until we address some of the more basic flaws in our democracy.

As with everything else there is a huge gulf between perception and reality and the media narrative that most MPs are self-serving, stupid and lazy is a false one. Ironically this perception fuels the likes of Ukip who, out of all of the parties, show the least commitment, the least interest in policy and the least determination to fix anything. Funny old world.
Posted by Pete North at 11:03