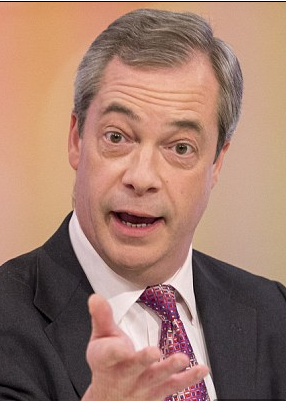 Nigel Farage has called for racial discrimination laws to be scrapped so that UK firms can favour British-born job applicants. The immediate problem here is that this works both ways. It gives businesses the freedom to discriminate against British-born applicants. I don't think he's thought that far ahead.

Farage also said "anti-discrimination legislation was no longer relevant because racism is not a problem in Britain". This is demonstrably untrue. It's less acute than it once was but that's not by accident.

You can argue that the race relations industry is no longer relevant and that equality law generates a lot of burdensome and useless red tape that serves no purpose - but this, putting it bluntly, is moronic. Not least because a lot of businesses already do discriminate in ways which are difficult to prove and so the option is there if business wants to - which means it is not presently an impediment, thus it's a race based argument Ukip didn't need to have, and could have avoided. Gordon Brown can say these things, but Ukip can't. That's just the rules of the game.

If anything, the one true exclusionary factor that stops young Brits taking jobs is welfare and I have yet to see a Ukip welfare policy. Or any proper policies for that matter.

Shadow justice secretary Sadiq Khan said: "This is one of the most shocking things I have ever heard from a mainstream politician and demonstrates breathtaking ignorance." Except there is nothing "breathtaking" about it. This is run of the mill everyday ignorance that drives Farage's policy whims.

Khan further remarks that "'When my parents moved to London they frequently saw signs saying “No blacks, no dogs, no Irish”: what Ukip is suggesting would take us back to those days". That is not what Farage intends, or at least I don't think it is, but this is essentially what people will read into it without a well constructed policy behind such remarks. If anything core policies are the insurance policy against stupid remarks and prevent such wilful distortions gaining traction. Farage's crass remarks are precisely why Ukip has to fight with its back to the wall.

A serious case could be advanced for equality law reform and some of it could conceivably be designed to favour the domestic workforce with more subtle measures, but the essence of what Farage proposes is anti-immigrant. It is this fundamental unseriousness that undermines Ukip. What could have been a measured argument stands there as naked stupidity, and serves only as a dog-whistle to the kipper cult. Ukip is not setting the agenda with policy. Farage setting the agenda with ill-thought out remarks that reflect badly on Ukip and mire the debate in accusations of racism. Not exactly astute leadership.

A Ukip spokesperson said: "We don’t think there’s anything controversial in what Nigel has said, at least not [for] the vast majority of the country". And there we have Ukip in a nutshell. It is blind to its own stupidity, and believes its stupidity is representative of the majority of the country. Kippers think they are the good guys and that their stupidity is actually common sense. Until such a time as Ukip learns the game it has to play to break out of the cul-de-sac, it will continue to stagnate and wither. But of course, Ukip isn't going to do that because Farage won't do that. And without Farage, there is no Ukip.

Kippers would point out that it's unfair that the deck is stacked against them, but it's no use complaining about fairness. There's a game to be played before you can start calling the shots. Kippers say "Ukip is the only party that dares to talk openly about race". This basically translates as Ukip is the only party that parades its bigotry in public. Which is all very well but it comes back to that most basic of questions. What does it achieve? The result is now a stagnating party, intractably associated with racism and dragging the eurosceptic cause down with it. Ukip is playing the game as it wishes things were rather than how they are. That is why it will fail, and that's why we'll probably end up staying in the EU.
Posted by Pete North at 21:41