The IEA is back at square one 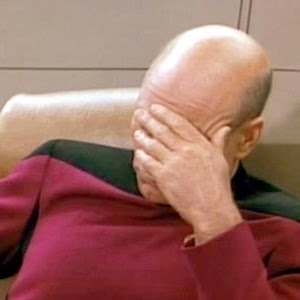 A report released today by the Institute of Economic Affairs claims to debunk the myths surrounding the EU and jobs. Says Ryan Bourne; "Politicians who continue to claim that three million jobs are linked to our EU membership should be publicly challenged over misuse of this assertion. Jobs are associated with trade, not membership of a political union, and there is little evidence to suggest that trade would substantially fall between British businesses and European consumers in the event the UK was outside the EU."

Firstly, it is no more possible to truly quantify the number of jobs that depend on the single market any more than it is the number of regulations that come from the EU. You can make the case that trade would continue, and I don't think anybody actually disputes that, but this is not the point. What matters is what shape that trade takes - and here the IEA offers nothing but speculation.

If you want to make the case for Brexit, you have to allay fears, and demonstrate that disruptions would be kept to a minimum. Business likes continuity. You can speculate til the cows come home as to what might happen, but idle speculation is not a winning argument, nor does it advance the cause.

Bourne first cites "import substitution" as a means to replace jobs. Where do you even start with that? This is pure speculation. If the mission is to convince business and the broader public that Brexit is in our best interests it will require much more than guesswork and whatever is dreamed up by the IEA. People will be looking for grown up answers rather than "it'll be alright on the night" as Bourne suggests.

He then asserts that the UK would "adapt quickly to changed relationships with the EU". Again, this is optimistic speculation. He doesn't know any more than I do what would happen in a worst case scenario. If we are speculating about worst case scenarios what are we going to with a small army of aerospace engineers and the secondary industries that depend on Airbus alone? The north of England didn't adapt quickly to the closure of mines and we created a lost generation of men who never found viable work again. There are no magic wands and guesses are insufficient.

This close to a referendum we should not be engaging in idle speculation and the hypothetical. We should be advancing solutions which answer tough questions with something more substantive than navel gazing. One would have thought the IEA understood this given that they invested a great deal of money in the IEA Brexit Prize which should, if the exercise was worthwhile, be able to demonstrate to business that Brexit need not be period of uncertainty.

It's fine to to be optimistic in speculating because we do eventually adapt to economic shocks, but eurosceptics, not least the IEA, need to be able to present the case that Brexit is not a leap into the unknown and that we know how to do it without causing an economic shock. Bourne says we should be able to cope with the fallout. We can't win unless we can show that there will be no fallout.

We should by now be far beyond idle speculation, and if the IEA had approached the Brexit plan with any competence and selected an option which would allay the fears of industry, it could be advancing that case rather than conjecture. This is the same kind of empty rhetoric the eurosceptic movement has tossed around for the last twenty years or more. It didn't win arguments then and it won't now.

What this tells us is that for the IEA, rather than the Brexit Prize being step one in a long term media strategy, it was a mere thought exercise. It should have been a recognition of the necessity to inform the debate with concrete answers, promoting a course of action at the highest levels of government. Having made a complete pigs ear of it, the IEA is back at square one as if the whole thing never happened. One wonders if they even understand why it was even necessary to produce a Brexit plan at all.

But they will have their afternoon briefings and their slots on the radio later on, performing to an equally clueless media - and then we are no further toward winning the arguments as before. This is precisely the sort of stuff the pro-EU camp has been counter-spinning for years and knows how to defeat.

This stuff is idle meandering chatter by an organisation who neither understands the mission or how the game is played. In that respect it mirrors Ukip in a great many ways. They too have no given no thought as to how a referendum campaign will play out or which arguments will be deployed and have nothing in the way of intellectual capital to promote - and nothing credible to stand on which is not already tried and worn out in the public domain.
Posted by Pete North at 05:11