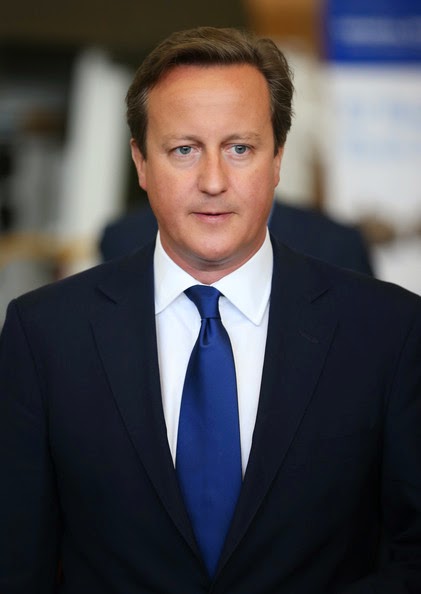 David Cameron says he wants to win back disaffected Tory voters. Had I ever actually voted Conservative I would be one of them. Few detested Cameron more than I when he took the leadership. In a very short time he jettisoned everything I thought was right wing, driving people like me into Ukip. I cannot think of a more suicidally stupid plan than to go after Guardian reading liberals while insulting most of your base. It took a special talent not to come back with a Tory landslide after New Labour and Gordon Brown as Prime Minister, but our Davy boy pulled it off.

Fast forward to today and no liberal types would vote Tory and for all the so-called detoxification, the Tory brand is still pretty toxic. Nobody fell for the husky-hugging and the green crap and what was left was a shell of a Tory party that needed the likes of Nick Clegg to form a government. That said, it turns out the most toxic aspect of the Tory party, pushed out to Ukip, has created an entity so toxic that the Tories look palatable by contrast.

I argued back in 2009 that the Tories needed to be more robust in their conservatism. Now when we see in Ukip what that would actually look like, I have many doubts. On offer we have the aggressive miserablism of Ukip, the demented ramblings of Tim Mongomerie in The Good Right or David Cameron's quasi-conservatism. What does it say that Cameron is the least stomach churning option?

But the Prime Minister is right. This is the most important general election in a long time. On the one hand we haves some promising economic metrics and even with applied cynicism, it's impossible to deny that there's a confidence in the air that things are better and will continue to improve. Then on the other side, Labour's whole campaign message is that millions of poor families are eeking out a living waiting to be rescued from the oppression of their low wages, zero hours contracts, benefit sanctions and food banks. That simply doesn't describe Britain right now.

What we're seeing is more people in work, fewer people on benefits and government getting to grips with welfare dependency, cutting council waste and getting a handle on the problem of Child Sexual Exploitation. For sure, the welfare bill is going up, the deficit isn't closed and weak growth is being dressed up as a boom, but another term of more of the same might just stop things getting any worse. What categorically will make things worse is Labour.

I know some of you hate Tories, I respect that, but voting Labour or Ukip in May puts this ponderous creature in office. It's a sort of sanitised Blair clone in the early phases of development before they've added the personality subroutines. The hammy mockney accent we're supposed to relate to is bizarre! However urgent you might think it to be rid of Mr Cameron, I really cannot imagine any circumstance where having this automaton proxy in office would be beneficial to the country.

Ghastly spiv though the PM is, these qualities at least let us know he is actually a human born of another human. Whichever test laboratory which unleashed this unfinished Miliband entity has tried to run before it can walk. If they can come back at some point with a finished product it might be worth considering automating the job of Prime Minister but until then we need a human in charge, not whatever this thing is. The thought of that thing working in tandem with Alex Salmond keeps me awake at night.

It's taken me up to the age of 36 to finally realise that politics is a choice between bad and worse. To be remotely satisfied one has to lower your expectations then drastically lower them again. If you then see a party that reaches something close to mediocrity then that is your only choice at the ballot box. It is with that sense of resignation that I support David Cameron. That and one other factor. Having closely examined who Ukip are and what they are, I've had to re-examine much of my own politics and have concluded that I'm not so far from Cameron after all. It seems the Prime Minister has a secret weapon in winning back Ukip voters. It's called Ukip.
Posted by Pete North at 08:37