Too far the other way 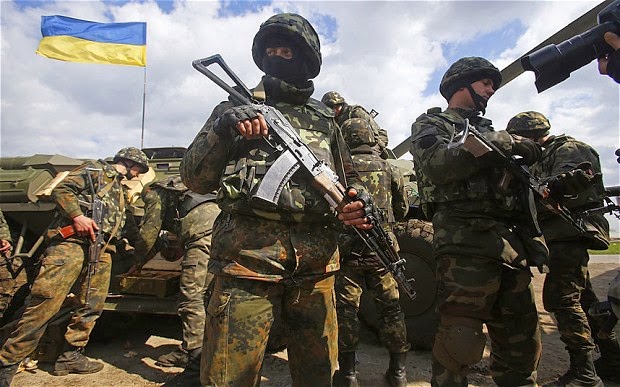 I'm too kind to actually post a picture of make-up slathered horsebeast, Janice Atkinson, but here is a YouTube of her pontificating on Libya. The problem with kippers is if you give them the wrong end of the stick, they will grasp it with both hands. This blog has explored the events in Libya and while I am not completely satisfied with my own narrative, I'm not satisfied with anyone else's either. Ukip would have it that the EU is wholly responsible for the destabilisation of Libya, but the truth is, that ship had sailed long before NATO mobilised. Because Ukip wants to blame the EU for everything it often pushes Ukip into the realms of the ridiculous.

There is good case to make that EU neighbourhood policy ambitions have lead to some catastrophic miscalculations going as far back as the Yugoslav civil war through to the present day. But what the EU does happens not in isolation of other actors. While we can say the EU response to Ukraine was bungled, Russia exploited the chaos of its own ends. There are no innocent parties here. Especially Ukraine.

As with any of these narratives, it helps to know where they start. Very often EUreferendum, Christopher Booker and Spiked Online are the epicentre of the counter-narrative memes. Knowing the source gives you some indication as to how a meme spreads and how it mutates. What it starts out as looks like this piece by Tara McCormack. By the time Kippers have mangled it, it goes from nuanced admission of policy failure to full blown Putin sympathy.

I'm down with some of the narrative as far as it goes but it's a little too sympathetic to Russia. Tara McCormack is always worth a read but there's a couple of problems here. She's right in that "Western policy over Ukraine seems to be conducted largely at an elite level" but having acknowledged Russia is undergoing its own internal battles for liberty, she concludes with "The BBC loves to present Russians as some kind of race apart, brainwashed by state media, listening to folk music and crying into their vodka about how great they once were. This is nonsense and should be ignored. Russians have internet access, including the BBC (lucky them) and to international newspapers, and many more Russians speak English than Europeans do Russian".

No immediate problems there, but this rather ignores the fact Russia has the same problem the EU does - A modern educated population with unprecedented access to news and knowledge, overruled by an antidemocratic elite. In Russia's case, their ruling elite fits the description of "crying into their vodka" absolutely. The people cannot be judged by their rulers and vice versa.

It's one thing to say that the West has set a dismal precedent, another thing entirely to absolve Russia of any malevolence. We should not forget that Russia is not entirely innocent of meddling in its own sphere of influence (not least the Far East), and indeed is playing it own games with Syria, India, and Libya and all points between - for far less wholesome reasons, some of which are clear, some of which are not. If forced to choose I will take the misguided incompetence of the EU over Russian petulance. The effects would be much the same if the balance of power were reversed, but the world would be a much worse place if Putin held all the cards.

In their blind hatred of the EU for its own sake, Ukip have gone too far the other way and in their minds Putin is a victim in all this at the hands of the "EUSSR". I feel such articles from Tara McCormack only gives the kippers the fuel they need to sustain their ignorance.

One thing I have learned in the last year or so is that if any article of this type neatly wraps up a narrative with no loose ends, then it is definitely one to be considered, absorbed and debated, but never believed. There is always a missing perspective - and not all of the facts are yet known. It's a little too soon to be writing drafts of history.

What I do know is that blaming the EU for everything from Ukraine to the wobble of the Earth on its axis boxes Ukip into the corner of irrelevance. Any movement seeking a revolution needs to win all the arguments, not just once but every time. And here we find through blind zealotry, Ukip is winning none of them - and is starting to be a national embarrassment.
Posted by Pete North at 11:16