Poor old Beeb is late to the party 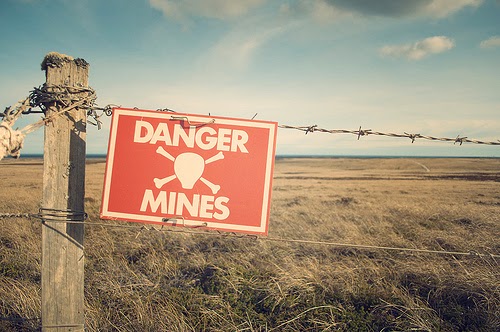 Whichever world the BBC inhabits, it is one in a time-zone months behind the rest of us. Here we have the Beeb's "deputy political editor", James Landale, grasping at reality.

There was a time when UKIP appeared bomb proof. Candidates and party members would say offensive things. A media storm would hurtle through. And the party could steadily continue to win votes. Supporters saw these rows as confected nonsense from a metropolitan media that did not like UKIP. But things have changed. The party appears to have reached a plateau in the early to middle teens in the opinion polls.

To win new supporters, it now has to appeal more to women, students, middle class voters and of course black and ethnic minorities. UKIP's problem is that some of these voters think the party has a racist tinge. A YouGov poll last October found that 41% of voters thought UKIP a racist party and 55% thought it more likely to have candidates with racist views.

This is the glass ceiling this blog has spoken of since last May - and an inevitable consequence of turning Ukip into a single issue immigration party and chasing the BNP vote with those posters last year. The task of breaking out of the populist cul-de-sac is now impossible. Ukip is getting exactly what it deserves.

It was always going to be the case that dumbing down the party would make it repellent to those it most needs to grow the movement, and the moment it became about immigration it was vulnerable. It's easy to box in a party into talking about race and Ukip has walked into every trap. It was always a minefield, and one Ukip was better off driving round than through. Farage thought better though.

As we have discussed, because political analysts mistake Ukip for a party, and one that will behave like a party rather than a cult, Beeboids and columnists will in due course pontificate on what Ukip will do to broaden its appeal as a normal party might. It will fill air time and column inches with airheaded speculation but really it's just media navel-gazing since the horse has already bolted.

To broaden appeal it would need to prove it has good answers to tough questions and that is was capable of taking the high ground with credible policies. As we have seen from the last twenty four hours, this is something Ukip is manifestly incapable of doing. It's still the case that Ukip policy is whatever Farage says it is, he's still winging it, and still doesn't recognise the necessity for something more concrete than Ukip's church tombola policy suggestions. For that reason alone, we have not seen the last gaffe.

Moreover, it must demonstrate it has a thorough command of the issues and be able to take a credible line on them. Nobody in the top team has that capability. Farage appointees are deliberately lightweight. Consequently the caricature they have built over the last year of being a disorganised, anti-intellectual, quasi-racist rabble will prove to be their undoing.

It may take the media six months or so to realise who and what they are dealing with, and why their speculation proved to be so wildly out of kilter with reality, but they will get there eventually. That the BBC's "deputy political editor" has taken this long to get this far really demonstrates why we are so badly served by our media. It's not bias as some suggest. Just run of the mill bubble-dwelling incompetence. How the media lost the capacity for critical analysis is really what's worthy of intense study - not Ukip.
Posted by Pete North at 05:10