Well who didn't see that coming? 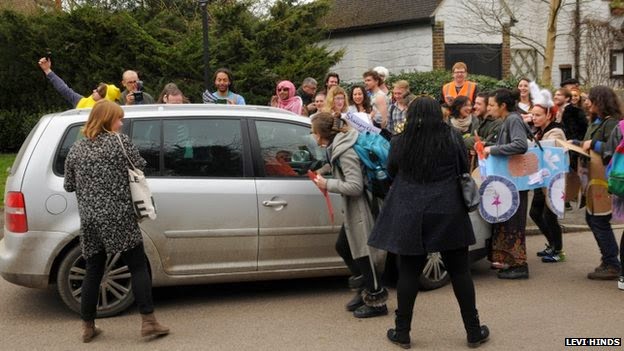 You didn't have to be Mystic Meg to see something like this happening. A mob of baying left wing sheep ambushing Farage is probably a new low for the far left in living memory. That, however, is an inevitable consequence of adopting far right rhetoric and pandering to the prejudices of idiots.

The left wing outrage is mainly manufactured in that Ukip is a pastiche of the BNP but it does appear that this is how politics is done these days. A smarter operation than Ukip and a smarter man than Farage would predicted this and chosen a more discreet path.

I can't say I feel any sympathy except for his children - but this isn't the first or last time they will suffer for his spectacular lack of judgement. There was always going to be a price to pay for steering Ukip up the immigration cul-de-sac with such casual abandon and Ukip keeps on having to pay it with interest.
Posted by Pete North at 16:10