Strategy? You are joking, right? 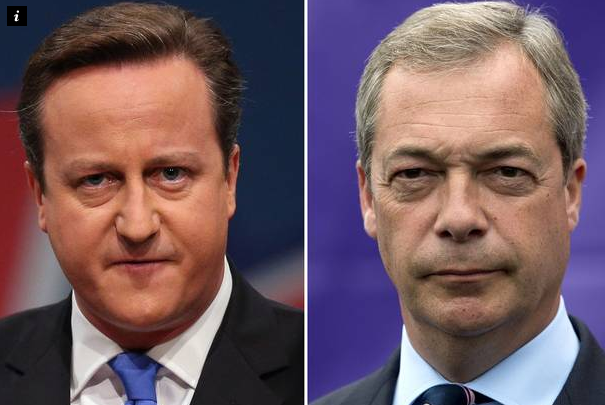 For all the foolish waffle we have heard from Matthew Goodwin about Ukip's core strategy, we see such ruminations further undermined by Farage today who has, apropos of nothing, set out his offer to back the Tories. He is effectively saying he will lend his assumed handful of MPs to the Tories on the condition of a referendum before Christmas. Does this sound much like a party intent on solidifying appeal to working class Northerners? The chief concern that won them over to Ukip was immigration not the EU.

Skirting over the fact that a referendum bill and subsequent campaign is an absolute impossibility any time before 2017, what we see here is simply Farage mouthing off. There is no strategy here. This is just whimsical fantasising. And not for the first time either. How many "pacts" have we heard from Farage now? The very idea there is a strategy behind Farage's witless bumbling is risible.

Meanwhile looking at #UKIP on Twitter, we find Ukippers barely talking about core Ukip issues. Almost all of the activism is devoted to damage control. Farage "leads" with his clownish antics and the herd follow mopping up the mess. And this is why standard party political analysis simply doesn't cut it. There is no plan or strategy. It all depends on on which side of the bed Farage gets out of. Thus everything the party does is reactive where the only thing we can really predict is that whatever the issue of the day is, Farage will say something crass and asinine about it. Beyond that, it's anyone's guess.

But assuming Farage does have a plan in mind by offering such a pact, he's essentially saying his two Tory defectors, and one or two others, possibly including Farage, would be effectively joining the Tories. And how ridiculous is that going to look when two constituencies have gone to the trouble of by-elections only to have them back where they were before?

Meanwhile, the word on the grapevine is that Goodwin is rarely absent from a Farage event, and thus is too close to the party machine to offer any objective analysis. He's bought the Farage Mirage and thus any contribution from him should be discounted. One might call it a variant of Stockholm Syndrome.

If there is anything to be read into this Tory pact nonsense it is that Farage is peddling his new book "The Purple Revolution", which to all intents and purposes is a poundshop Mein Kampf, thus reinforcing the thesis that Ukip is less about a political objective than it is massaging Farage's galactic ego.
Posted by Pete North at 08:02