Uber is a problem and petulant Londoners should suck it up 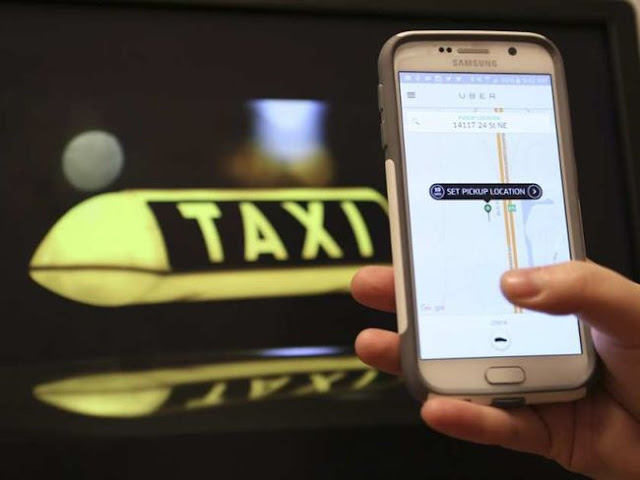 I hesitate to wade into the Uber ruling debate. I take the view that Uber's very existence is a testament to a dysfunctional regulatory regime in need of a major rethink. The service is effectively a cheat to subvert the regulatory regime which actually exists for very good reasons.

On the surface of it, Uber is an example of market dynamics where innovation threatens an ossified market monopoly which is why libertarian minded people celebrate it. In practice it is a means of subverting a mass of long established law and good practice developed over decades, where any Tom, Dick or Harry can enter the market.

What this creates is market oversupply whereby dedicated drivers cannot make a reasonable living. The consequences of that is that the official system then collapses and provision then becomes unstable, erratic and unable to provide for special needs.

Worse still, with a truly free market, you get oversupply at peak times meaning the busiest time is the least profitable time. It means that everyone with a Friday night spare is chasing the same dollar, clogging up the roads, increasing journey times and creating congestion.

So this isn't simply a libertarian wet dream of the plucky upstart sparking healthy competition. It uses the letter of the law to defeat the spirit of the law. In any real and practical and honest interpretation, Uber is a taxi company exploiting a loophole and the result being that established law abiding companies cannot compete fairly.

This causes libertarians to moan but one tends to note that these such libertarians are usually fairly wealthy, male and able bodied. What they fail to note is that taxis are in fact part of the public transport system. In all other cities the normal market competition sees a healthy competitive market in private hire and the demand is such that Uber is not really needed so in fact the Uber debate is very much a London debate. It is a local issue, not a national concern.

In London though, it suggests that an overhaul of taxi regulation is needed and public transport provisions need to adapt to a more round the clock ethos. Were there a functioning regulatory regime then Uber would simply not exist.

What the Uber ruling does is effectively stymie the Uber technique of subverting the system, taking the profitability out of regulatory evasion. If the system is then one that is still dysfunctional it is really up to Londoners to get engaged politically and demand that much needed rethink of public transport strategy. The London transport unions could also start pulling their weight.

The resistance to the ruling is actually a very typical London problem. Cosseted citizens whining that their lifestyle choices are expensive. Uber is the cheat that meets their needs at the expense of everyone elses. This rather cements my view that Londoners are overly spoiled, self-entitled and generally a bit thick. Hence why London voted to remain in the EU.

I appreciate the right wing argument that the ruling leaves the causal drivers less well off but if a system is to function then it needs a few certainties and stability. That is what the regulatory framework is for. It ensures continuity where a laissez faire approach cannot. That necessarily means that taxis in London are expensive, but then so is everything in London. If you live in London that is part of the deal and having no disposable income is something you accept when you move there.

If there is an issue here it is that it has taken a court ruling to decide policy. My view is that this is an issue for politics, not the courts and the ruling should be something for the London Assembly to review. This is where London needs to formulate its public transport strategy, taking into account the ways that Uber can contribute. I feel that a court ruling is trespassing on the political process. Uber does have a role to play and we would be foolish to ban it, as per this ruling, but it is the duty of regulators to find ways to successfully integrate it into the market while reducing the negative externalities.

This may mean modernisation and deregulation of taxis, and that would see the competitive advantage of Uber slashed. We should view the existence of Uber not as a solution to a problem, rather it is a canary down the mine. That we have ignored it since 2009 gives you some idea of how incapable the political system is of responding to changes in the market.

To me that suggests the need for a radical overhaul of London transport authorities and the need for a permanent regulatory review body along the consultative lines of the International Maritime Organisation. Given that London is not alone in facing these exact problems, there is every reason to look at a specialist global entity for managing taxis in international cities.

In this, the only thing I am certain of is that the petulant whining of Londoners is best ignored. Some markets do need intervention and this is one of them. The simplistic mantras of libertarians should be disregarded. Like Brexit, there are no easy answers.
Posted by Pete North at 06:31 No comments: