Just exactly how stupid are these people? 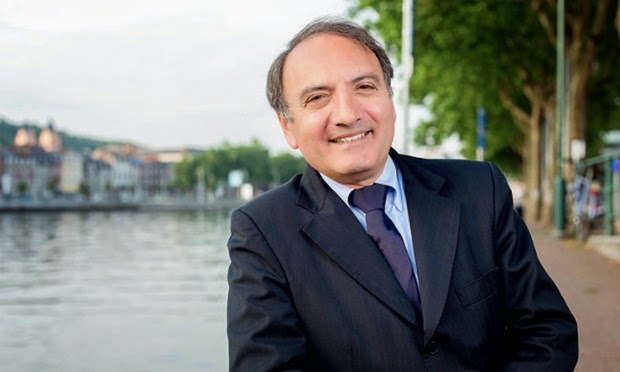 A Belgian MP has told a Ukip conference that Muslims are staging a “Trojan horse”-style invasion of Europe. Speaking to Ukip members in Blackpool on Saturday, Aldo Carcaci, an MP for the right-wing Belgian People’s party, said that “Muslim immigration from across the Mediterranean is getting totally out of proportion”.

A Ukip spokesman said: “Mr Carcaci is not a member of Ukip, and nor do we sanction his phraseology,” but added: “It is true that migration is out of control”. Carcaci – who was described in the programme as a “Belgian MP, People’s Party, EFDD, ADDE Representative” – was given a prime spot at the conference and took to the stage after Neil Hamilton, a former prominent Conservative MP, and before Paul Nuttall, the deputy party leader and Ukip MEP.

For a party trying to expand beyond its base (allegedly), the above is an example of exactly what you don't do. Would a party who didn't want to be seen as the BNP-lite have invited him were they in any way competent? No. And this is Ukip all over. This is an eye-wateringly stupid retreat into the far right cul-de-sac. Are we surprised?