A second look at political correctness 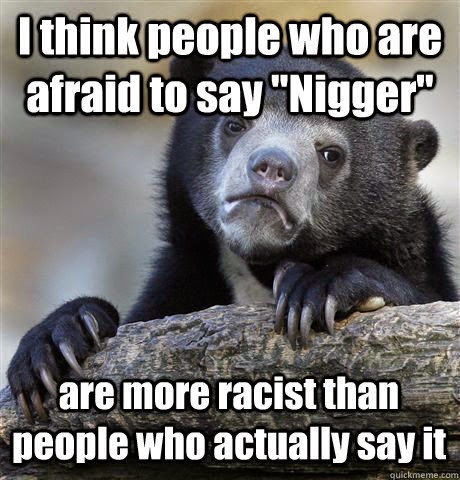 Every now and then when you write on a political subject, one has to refer back to the dictionary definition for a quick sanity check, in that such terms often mean many things to many people. When looking at Political Correctness, it is described as attitude or policy of being careful not to offend or upset any group of people in society who are believed to have a disadvantage.

The notion of the culture war is that PC is being used to undermine domestic culture and to promote "multiculturalism" and to make commonly held perceptions unacceptable in public life so as to control public discourse in such away that it controls the outcome.

But when we look at Rotherham, there was no desire not to offend anyone - but that has served as a weak excuse for political corruption. As to the descriptive terms in use it's less a matter of being politically correct as being specific and accurate so as not to cause unnecessary offence and also not to reinforce inaccurate and damaging public perceptions. Nowhere in that is anyone prevented from identifying cultures and subcultures and traits common to them. Many debate such difficult subjects without anyone reaching for the race card if the approach it with the necessary accuracy and distinctions.

Some would have it that this exists to sanitise the debate, but I think it enhances it because it rules out the possibility of inaccuracy and broad-stroke assumptions. The resistance to it was when it became known as a concept in the early 90's where the public, they who make up the public services didn't quite understand it and didn't know what they could and couldn't say without being subject to a disciplinary. That's not altogether a bad thing so long as due patience was shown first. Which in most cases with training, I think that has been the case, and those who persist in using inaccurate and stereotypical terms do so from a position of either bigotry or obstinacy neither of which is particularly conducive to the formulation and execution of public policy.

I actually think on the whole it's a good think if people consider what is factually correct and polite before venturing opinions which have repercussions. I don't think it's a great imposition on anyone to ask that they think before they speak, especially in public service. If we are in a position where public officials lack the intelligence to make the distinction then we might question how we get such thick public officials in the first place.

Far from it being a war against the ignorant public, it's a war on casually racist attitudes, and a means of educating the public that there is a higher standard expected in public discourse. A debate has raged about the necessity for that, and coming from a working class part of Bradford, I can make a case that there is. That said, it is a decade old debate and the public, not least the public sector are a lot more familiar with it and a lot more open to the necessity for it than they once were.

And this links in with my earlier piece about the BBC in that it does have a role in educating the public, promoting certain values and changing public attitudes. Some would have it that there is no such need, and I vehemently disagree. London bubble dwellers might think so, but I'm not convinced. But since the BBC also exists within that bubble and its isolated outstation in Salford, it barely interacts with the world it preaches to thus is out of touch and is certainly more than a touch condescending.

But the BBC does do a fairly good job in educating the public, not least informing the immigration debate, as per a recent documentary by Andrew Marr. One might have wished for a more thorough venture, but it at least touched all the bases. With that kind of television it has done a lot to improve perceptions of immigration and contextualise many of the irrational fears about it, which is why public attitudes are changing and it goes some way to explaining why Ukip does not get the traction it otherwise would.

I'm not sure you could go as far as calling it a culture war, rather an establishment with an ill-deserved impression of it's own superiority. One might ask if that was ever not the case. There appears to be a suspicion by the establishment that without their paternal guidance that the unwashed masses would be incapable of cohabiting, but given the tribal stresses of the 1980's, and the Troubles along with rivalries in Glasgow and the overt racism in Northern towns, that's not an entirely unjustified view, and much of what we see today is a hangover from that era. In some respects that authoritarianism is seeking a revival of its glory days which is why we have Trevor Phillips coming out of the woodwork - looking for relevance in the new order, resurrecting old demons.

But in retrospect, the sum product is a less violent, less racist and more liberal country, where only the throwbacks want things to go back to the way they were, to be able to parade their bigotry in public and not be called out on it. If we can really say there was a culture war, then the liberal establishment won it. I'm rather glad they did.
Posted by Pete North at 14:53