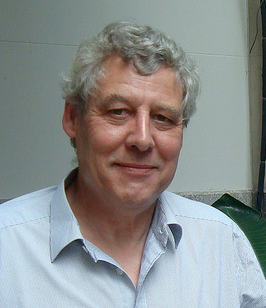 This post is to save me getting into arguments with kippers and having to restate the truth over and over again. Kippers routinely bring up the fact that I am Richard North's son as though that somehow invalidates the points I make. It appears the arguments I make have them so rattled they have been briefing against me with the familiar "sour grapes" meme. There is a familiarity in the meme they promote which cannot be accidental.


So I will say this for the last time. Yes it's true, Richard North was forced out of Ukip by Nigel Farage. But now you get the story from the horses mouth - and it's the closest to the truth as you will ever hear. I was there.

The accusation is that both Richard and I write negative articles about Farage and Ukip because there is a "family feud" and that Richard North is "bitter". This is categorically untrue, it is slanderous and we are so very bored of it. The reason we are hard on Ukip is because as lifelong campaigners against the EU, it is a source of irritation and anger that Ukip under-performs in every conceivable way, as we have gone to extended lengths to demonstrate.

To put this all in context, Richard North is the hardest working individual I have ever met. If he is not actually Aspergers, he is probably somewhere on the spectrum, hence why he is legendarily difficult to get on with. He doesn't suffer fools and his work is is primary motivator. I know of nobody more dedicated in the pursuit of advancing the eurosceptic cause. His work has always come first over and above earning a living. His work is undeniably first rate.

It's quite easy to make a living in politics if you toe the line, but less so if you're telling people things they don't want to hear. That has always been a challenge for him in that his research often produces information counter to, and inconvenient to, the propaganda narratives put over by both sides of the debate. He has too much integrity not to speak his mind. Our view has always been that truth should take precedence over propaganda, because propaganda does not withstand scrutiny in the public sphere. Accuracy, truth and continuous learning are his masters, not money.

While Richard North has been written out of the script, he was with Ukip from the very beginning with Alan Sked. We travelled all around the country running campaigns, setting up branches and holding public meetings. It was that groundwork on which Ukip now stands today. And, boy, do we regret it.

In the 2004 Euro elections Richard North was on the list of MEP candidates and was set to win (on the back of a lot of hard work) - but the rules were breached in the selection hustings, giving an unfair advantage to Bloom, who then came first in the listing. Richard North appealed, as was his right within the rules, but on the day prior the official hearing was cancelled on the instructions of Farage (having said nothing beforehand) - leaving Richard no option but to resign from the party. After that, Farage got his EDD secretary to fire him from the European Parliament. He didn't even have the spine to do it in person.

Farage rigged the selection hustings so his bankrupt drinking buddy won the seat. This is also because Farage was obviously threatened by Richard North's reputation within the party, and indeed anyone with any particular talent, so evidenced by the fact Farage presently surrounds himself with halfwits, sycophants and yes men.

It's fair to say this was a great source of resentment, anger and, yes, bitterness. And why wouldn't it be? But it was a long long time ago, and Richard North has since accomplished a great many successes of his own, published a number of books and has been a ministerial advisor instrumental in some MoD procurements that will go down in history - so I can tell you as a matter of fact, this ancient history is more the preoccupation of Ukippers than it is anyone in the North house. The Snatch Landrover campaign alone achieved more political success than anything Ukip can lay claim to.

We are of the view that a term as an MEP would have been an extraordinary opportunity not only to report on the inner workings of the EU, but also do some serious damage to it. What we got instead was Bongo-Bloom, a blustering oaf and drunk, pulling stupid stunts and grandstanding along with Farage, making tub-thumping speeches to an empty chamber.

There seems to be a difference of opinion as to what is more effective; The clownish antics of Farage and Co, or doing the serious gruntwork. At the time, the research Richard North was engaged in culminated in what is widely regarded as the definitive history of the EU, and is held up as an exemplary work by many influential figures, including many in Ukip. That work did not come without a good deal of cost, and even without Richard North as a Ukip member, Ukip has been the chief beneficiary of that research. To this day, what little intellectual capital Ukip has is the result of the Booker/North partnership.

A tenure as an MEP would have afforded a good deal more of that research to continue, which would have produced policy of a decent standard so that when Ukip was faced with the kind of scrutiny it faces today, it would not be scrabbling around for whatever is jotted on the back of Farage's fag packets.

Where we do "smart indignantly" is bearing witness to Ukip collapsing from the inside while discrediting eurosceptisicm thanks to the ineptitude and crassness of Farage, whose judgement is as poor today as it was all those years ago. We are of the view that if anything loses us the referendum it will be because of an odious campaign run by Farage, who will make flimsy arguments based on his whimsical command of the issues - and then we end up stuck in the EU. The issue is then buried for a generation.

The stakes are much higher than petty personal grievances. Thus, we have independently concluded that there is still time to salvage the eurosceptic movement if Ukip can be detached, discredited and taken out of the equation. It is that which prompts such urgency. Sadly, Ukip just won't listen to reason.

As to the personal invective directed at me, I see no reason for it at all. All I have done is voice my arguments with tenacity. The twisted attacks on me for my relationship with my dad are wasted breath. I am extremely proud of him and his accomplishments, and he continues to blow us all away with the depth and breadth of his knowledge - and freak of nature though he is, with a bugger of a temper to boot, it's a real privilege to know him. Moreover, he is my best friend. If you see something inherently wrong with that, I think it's you who has the more profound issues.

This is the last time I'm going to clarify any of this. Kippers refuse to acknowledge the evidence we present, or engage with the arguments we make, and instead dredge up ancient history. This demonstrates their own pernicious dishonesty. Their spiteful, ill-natured hostility to anything that threatens them shows that kippers are less interested in advancing their own cause than they are protecting the reputation of Nigel Farage - their cult leader.

The reason Kippers continue to dredge this up is because they know we are right, but have not the intellectual honesty to acknowledge it. They know full well we will drive a horse and cart through every argument they have. They know what we say is true, but are too emotionally invested in Ukip to admit they have been lead up the garden path by a self-serving charlatan and pathological liar. But that's not my problem. Our view is that now is the time for kippers to put on the big boy pants.
Posted by Pete North at 09:27