Barking up all the wrong trees 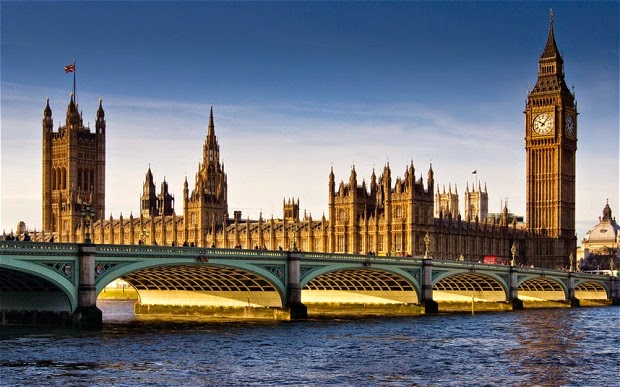 Yesterday we saw yet another massive failure of government, but a giant victory for politics. A torch has been shone into all the dark corners of local government and now we see the beast for what it is. Writing in The Telegraph, Simon Danczuk MP describes his experience growing up in the post-industrial North, reflecting on how we arrived here. It's a solid piece of writing that puts their "journalists" to shame. If all our MPs had such a solid command of the issues in all other aspects of government then perhaps we wouldn't be so badly served as we are.

But it really tells us something in that it's an MP with his finger on the pulse. The media are ever keep to portray MPs as lazy and detached and out of touch, but in reality, for every MP you can name, there's another 500 or so like Simon Danczuk who are working behind the scenes, toiling in obscurity working as hard as Danczuk with the best of intentions. Some effective, some not so much.

If anyone has proven they are lazy, venal and out of touch it is our media - and it is through their prism that most see their representatives at work. Most of the time all we see are the arcane rituals of the main chamber, but the real work, the real business of government is in the committee rooms where officials and ministers most certainly are held to account. It's the public who are out of touch and when they have only their media to rely upon, it's not really surprising. It's not surprising either than politicians want to regulate the media for brazenly and willfully distorting perceptions, mainly for their own amusement.

We have a procession of opportunistic shitehawks in the media painting their warped narratives, and of course their bastard creation, Ukip, feeds gleefully on whatever excrement is placed in front of them. Our MPs went to Rotherham to learn the truth. Our media went there to distort it. And even Sarah Champion MP comes out smelling better than Nigel Farage who did indeed go to Rotherham to "rubberneck" and to exploit the issue according to a preordained narrative of "multiculturalism".

What we have now seen is a political system capable of responding to evidence and legislating accordingly and in fact the "establishment" has a better grasp of the issues than Ukip does. Ukip rested on Farage's shallow interpretation and settled upon the mantra of "political correctness" when the Oxford report shows nothing of the kind.

An extremely relevant testimony in The Independent further debunks the political correctness aspect in that here we see someone bringing a complaint silenced, not out of political correctness, but because the bosses don't like to be criticised - and see themselves as above criticism, as indeed did Shaun Wright whose excuses for not resigning were pitiful - revealing a certain pathology within public sector management. Thus I can only conclude that political correctness was just the convenient device of suppression in Rotherham rather than there being any genuine concern for "offending Muslims".

What it also shows is that this is not a party political issue. Most councils will be dropping the ball on this, not least because they have received no overall CSE strategy from Whitehall and no direction. Rather than being "hamstrung by political correctness" they are hamstrung with managerial dogma, procedure and red tape which creates the culture in which these failings happen. It's not just in social services either. That's local government all over.

Some of the measures we see in yesterdays announcement may put a bit of accountability back into the system and certainly punish failure, but I see nothing that changes the culture which produces them. That will require something much more far-reaching, much more radical and much more inventive than the tweaks we have seen - preferably something that breaks social services out of the corporate pyramid and back into communities.

We may see a marked improvement in how we tackle CSE, but we won't see anything that addresses the political structures which stand in the way of accountability. The next scandal might not even be from social services - but it will have all the same hallmarks and echos of Rotherham. While these behemoth, corporate scale councils still exist, we will never be too far away from a tragedy unfolding behind closed doors. We need some answers, but we won't get them from any of the existing parties, especially not Ukip.
Posted by Pete North at 04:53