Multiculturalism is not the cause of cultural division 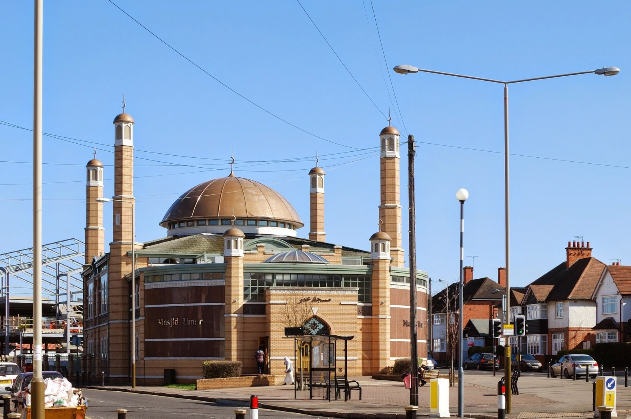 Immigration was always a dead end for an upstart party. If a party like Ukip grasped it with both hands the debate was always going end up in this cul-de-sac. The problem being that while you or I might think multiculturalism is a well defined long standing concept, the vast majority still has no idea what that actually means. It's so far reaching there are times when I also find myself unclear on the concept.

Consequently, anyone bringing this debate to the public domain is on the back foot trying to explain what they actually mean rather than what it sounds like. And in this semantic minefield there will be those all too happy to wilfully misinterpret. It's a non-starter. Moreover, it's pointless. Let us, for the sake of argument, assume that we have established that multiculturalism is bad, and that we want nothing to do with it. What difference would it make?

The notion is that government sought to celebrate diversity and encourage immigrants to retain their cultural identities. The lack of integration and ghettoisation would seem to indicate the policy worked. And there's my immediate problem with this diagnosis. The notion that a government policy was successful in its aims seems a little far fetched to me.

It is more likely that agglomeration with ones own kind in a foreign land is a natural consequence of large scale immigration. There aren't ghettos of white English people on the Costa del Sol retaining their own culture because the Spanish have council officials and a race relations industry actively telling them they should.

So it would help to define what it is that the race relations industry actually does. Councils have indeed funded anti-racism groups and sponsored events aimed at promoting cultural understanding, urging tolerance and and nudging the public "celebrate diversity" and to perhaps moderate their language in public. None of this on face value is intrinsically bad. But as with most things councils do, it's not that they do it, it's that they do it badly, leaving much of the public wondering where the tolerance threshold is, and left to ponder the incomprehensible nomenclature that grew up around their half baked attempts at moderating public debate. Perceptions are then nourished by a daily diet of media headlines along the lines of "Asda to stop selling pork and alcohol in Muslim areas" - which is nearly always baloney.

We do see some council initiatives spearheaded by an equality agenda or designed for the purposes of cultural sensitivity which outrage the locals, and often they are eye-wateringly stupid, but I would argue these are the exception rather than the norm and usually any council CEO with half a brain will intercept such nonsense. The idea that councils are run by a ghoulish sect of politically correct zealots is an amusing caricature exists mainly in the the imagination of Richard Littlejohn and James Delingpole. Most of the time, what we presume to be multiculturalism in action is just the more egregious examples of council stupidity which make it as far as our newspapers.

The real problems that have a material effect on integration are more profound. They stem from an inadequate response to the piss-off factors of immigration: - increased litter, improper disposal of refuse, noise, antisocial behaviour, fly tipping, inconsiderate parking, domestic overcrowding, smelly food outlets, loud music and all the other things that interfere with quality of life.

For this you'd need traffic wardens to be doing their job without fear, backed up by police patrol, noise abatement orders properly enforced, ventilation regulation on foodshops, environmental health and social services working with outreach officers able to train immigrants in British civic customs. But this was not done (and still isn't) and where it was done it was under-managed. And is it because council staff were cowering under their desks from the tolerance stasi? No.

Soon enough the public gets the message that there's no point reporting any of these things so they don't bother. The consequence of this is that the statistics drop, and budgets for dealing with such things are cut and the councils have precisely zero ground level community intelligence and eventually do not have the means to act even if they did.

And there is the cause of "white flight". It's not that the "ignorant" working classes flee foreigners, it's just that they understandably don't want a back street mosque popping up at the end of the street with people coming and going at all hours of the day making a racket and blaring alien music out of their cars. Thus anyone who can move does, and who would blame them? It's not unreasonable to want a peaceful domestic street.

Diversity, noise and smelly food is all well and good down town on a busy Saturday afternoon, but the rest of the time, its a nuisance. But then you have North London Guardianistas who have never known anything BUT noisy streets and inconsiderate neighbours telling Yorkshire mill town folk they're just ignorant and racist and they should put up with their lives being interrupted, because "diversity". Pretty soon you have a polarised community who barely interact. There is your cultural division and it's nothing to do with the race relations industry.

Consequently the public perception, informed by the likes of the BNP and Ukip, is that they've been hung out to dry by a PC infested council who won't act because of some "common purpose" agenda to promote multiculturalism - when really the more plausible explanation is that councils are failing in every conceivable way.

We can blame it all on PC culture if we like. We can stop councils from running equality events and sack all the diversity officers and close down the quangos and while that would be a small saving for the taxpayer and would certainly close down a few avenues for political corruption, the net effect would be zero because we still wouldn't see any marked improvement in council or police response to immigration related disruptions.

It has everything to do with the remoteness of decision making, the bureaucratic inertia and the lack of accountability in the system, with councils hamstrung by statutory obligations which means dealing with one problem creates several more they have obligations to resolve. Since nobody seems to fully grasp this we continue to deal with the symptoms, not the causes, often tasking useless councils with the job of cleaning up the messes they created, without first reforming them.

As far as integration goes, it will get there eventually. We now have bilingual and house-trained immigrants who are prospering in our Northern towns who are integrated enough to demand better of new immigrants and will be instrumental in integrating them. But the one constant throughout is that councils will continue fail and the services we pay ever more for will continue to degrade.

These arguments hereabove are far less politically contentious than bleating about multiculturalism, would have more traction across a wider constituency, and more to the point - fixing what's really wrong with councils would go a long way to tackling a great many other sources of discontent and anger. But instead, Ukip has chosen to talk about race in a racist way and claims it is multiculturalism making them afraid to talk about race. They have charged directly into the Maginot Line when they could have driven around it and dismantled it from within. But that would be far too much like strategic thinking for a buffoon like Nigel Farage.
Posted by Pete North at 03:21