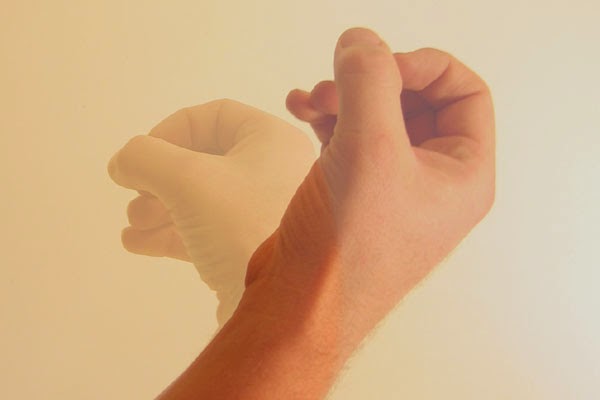 13%. Despite everything that's said, that is Ukip's national polling. While true believers hold firm, the fact remains that despite all the issues out there, and the near desperation of voters for a sensible and respectable alternative, when asked about which parties they would vote for, very few want the Ukip option.

The only people for whom that statistic doesn't seem to get through, is a tiny, hard core, vocal minority, who dominate internet debates, who are Ukip because they dislike the system and the establishment parties more than most. It just doesn't register with them why Ukip is unable to breakthrough and why it has become the most hated party with the most hated leader.

It's a dustbin for ranty, foamy kippers. Spiteful, unhinged, unpleasant cranks who basically think Anders Breivik was right - and get aggressive at even moderate criticism of Ukip, making enemies of people eurosceptics need to win a referendum. Any party that attracts such misanthropic losers should be treated with deep suspicion. As crappy as establishment politics is, I don't want people like that in office. These days there is not a fagpapers distance between the rhetoric of the BNP and Ukippers as they are today. Farage is just the sanitised front for it.

Ukip's message is based on anger and resentment - and that is its cultural constituency. It says nothing to those ordinary folks now in jobs on higher than ever salaries, doing well and getting on with life - And that's a very big constituency these days. The shrivelled and retreating message of Ukip can't win. And it doesn't deserve to.

All this "liebore", "LibLabCon", "EUSSR" crap is hackneyed, aggressive babytalk. It's the language of losers, and it's the language of zealots. Any reasonable, normal person looks at that stuff and thinks "wanker".  And rightly so. And thus every time a kipper makes the case for Brexit, it becomes the politics of wankers. Now everything they touch turns shit and good ideas are discredited by association. We can really do without it.

If you are really are serious about leaving the EU, you need to tell the Farage cult to Foxtrot Oscar.
Posted by Pete North at 04:06