Ting Tong, the witch is dead 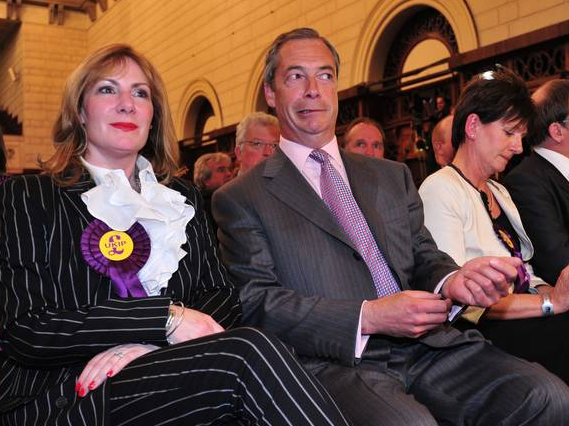 Ghastly make-up slathered horsebeast and racist, Janice Atkinson, has been suspended by Ukip. Sadly not from a lamp post. "Ukip has removed the whip from MEP Janice Atkinson and axed her as a general election candidate “following allegations of a serious financial nature”, the party said. Ms Atkinson represents the South East in the European Parliament and was due to fight the Folkestone and Hythe Commons seat on 7 May."

A party spokesman said it was “incredibly disappointed with Ms Atkinson, who appears to have exercised extremely poor judgment in acting in a way that the party has never and would never condone”. Unless of course it's Nigel Farage.

The party would not give further details on the claims, which relate to an investigation by The Sun. The newspaper said it had secretly filmed a member of her staff appearing to plot a "substantial bogus expenses claim", which reportedly involved a restaurant bill, a dinner costing £950. It is alleged she went back the next day and asked for £3,150 receipt to "repatriate" EU cash.

A source close to party leader Nigel Farage said they had not yet seen all the evidence of the alleged wrongdoing but were “satisfied the conditions are such that we have had to suspend her”. “She appears to have been part of this attempt to solicit a receipt that was not all it should have been,” the source said. Asked about Ms Atkinson’s reaction to the claims, he said she appeared “very, very surprised” that she was being criticised. “She doesn’t see what she’s done wrong. I think she’s genuinely dense enough not to realise this is not the way things happen,” the insider said.