Ukip was a wasted opportunity 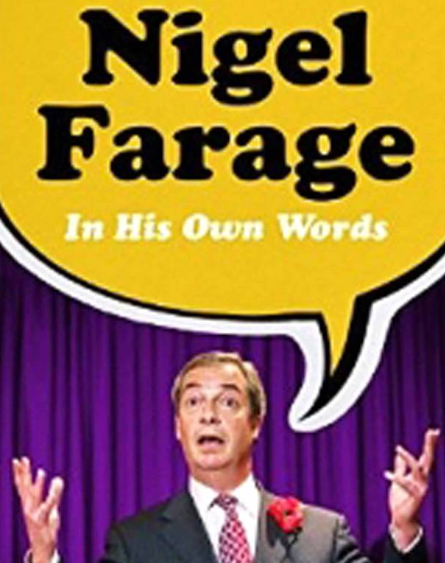 This post is more for my benefit than yours. I'm building on the thesis that you can't really understand Ukip unless you understand Farage. I have written at length about Ukip's lack of strategic thinking and its lack of purpose and its overall incompetence, and the many reasons for that. I have also detailed why mainstream analysts continue to get the diagnosis wrong. So it then falls to me to blog all the little clues along the way. And this is one of them...


"There is something of the schoolboy cheeking the teachers about him (Farage). He told Herman Van Rompuy, the President of the European Council, he had "the charisma of a damp rag and the appearance of a low-grade bank clerk". Indeed, he did it in the European Parliament, addressing him as "you" – "Who are you? I'd never heard of you. No one in Europe had ever heard of you" – which is a good demonstration why the House of Commons requires members to address each other through the chair.

He was told off, apologised to bank clerks and was fined by the Parliament. It was childish, undignified and smart. He was asked on BBC Radio 4's Today programme: "What does being so rude achieve?" He replied: "Well, it has got me on this programme, hasn't it?"

There in one instant do we really see what Farage is about. Being in the European Parliament is not about achieving anything, ie frustrating the process, blocking regulations, or building a pan EU coalition to block EU integration. It could have spent the time to all manner of useful ends, not least being a news source we would not get otherwise. But to Farage it's just an opportunity to direct the spotlight onto him. Farage thinks getting on the telly is an achievement in its own right. But we might well ask, politically, has Ukip achieved anything in all the years it has had a presence in the European Parliament? Answers on a fag packet!

But a more sober question would be whether we are any closer to leaving the EU for Ukip's existence? Looking at our chances of winning an EU referendum I would say the whole experience has been counter-productive. If the measure of Ukip's success is to get on the television then it has indeed succeeded. By any other measure it has been a dismal failure.
Posted by Pete North at 09:06