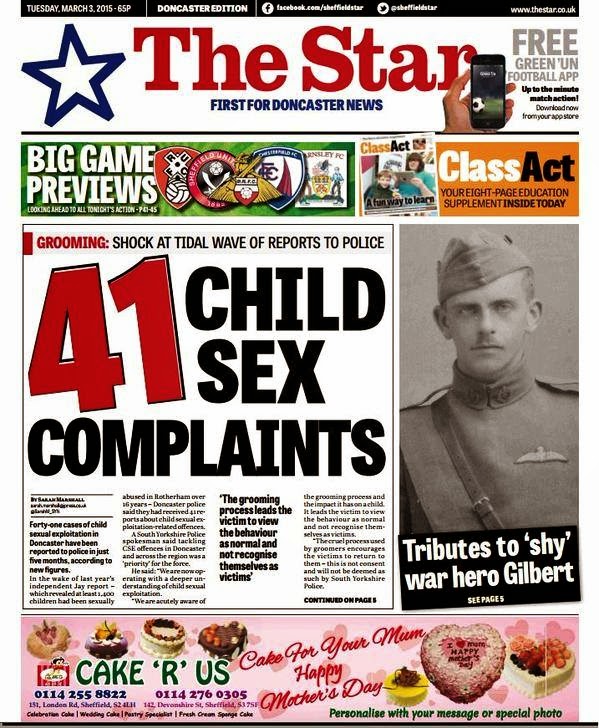 You all know how much I think Brendan O'Neill is a prat for joining Ukip in their lazy assumption that political correctness is to blame for the Rotherham scandal. I have said from the outset that if it's happening in Rotherham then it's happening in every Northern shithole and quite a few southern ones too, including Oxford. A report is due to be released tomorrow where Oxford comes under the spotlight for not having a Child Sexual Exploitation policy - and the Council CEO will walk off with £600k for her failure. We are about to see similar from Doncaster.


I concluded that if Casey says Rotherham council is "not fit for purpose" then that is true of all of them. And now, if our journalism machine works as it should we will see more of the same unfolding, and if they are as thorough as I would be if given the resources, they would find it is not limited to Pakistani Muslims and is indeed endemic across the North, because basically, our local authorities are failing in every single conceivable way and refuse to admit it. That is nothing at all to do with political correctness and everything to do with a fundamentally bent, self-serving and corporatised public sector.
Posted by Pete North at 13:34