The EU spin machine in action 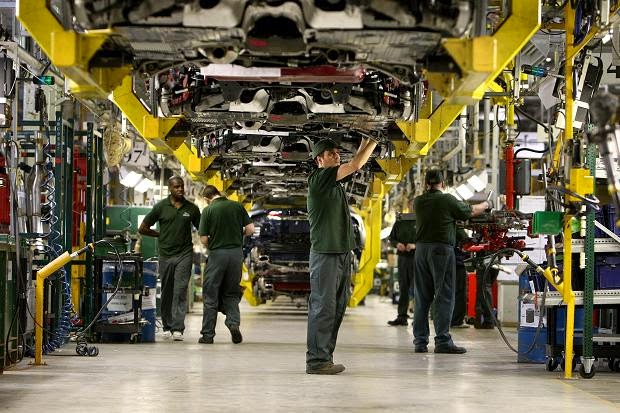 The report stressed that EU membership boosts both the attractiveness of the UK as a place to invest, and the competitiveness of the domestic automotive industry. Not surprisingly, it notes that access to the Single Market is fundamental to UK auto manufacturing, thereby supporting sales and facilitating supply chain growth.

Readers of this blog will know that the EU is not the single market - but the EU spin machine is keen to have us believe they are one and the same - thus the scare that millions of jobs depend on the EU. It is a nonsense. It should be noted that Bailey himself is funded by the EU. Bailey says:


At the moment, UK-based niche firms like Bentley, Aston Martin and Jaguar Land Rover can benefit from the British government having a seat at the table when regulations are thrashed out that impact on the industry. They would lose that voice if the UK was no longer a member.

But Bailey has a PhD in Industrial Development Policy in and for a Globalising Economy, yet expects us to believe he doesn't know the EU is not the single market, and that vehicle industry regulations are not made at the EU level but by UNECE and the WP.29 World Forum. That makes him a liar and a propagandist.

Bailey relies on the ignorance of the public to perpetuate these scares knowing that Ukip doesn't understand the origin of EU regulation and will not make that case. Meanwhile Open Europe, the supposedly eurosceptic think tank, is assiduously briefing against the EEA Brexit option because they themselves are not eurosceptic. It is therefore an urgent imperative that we get it out there that global bodies are behind EU regulation, and that the EU takes our seat at the top table instead of us having a direct voice. We must also get it out there that the EU is not the single market.

This morning we heard Richard Branson eulogising the EU on Radio 4, also conflating the EU with the single market, reminiscing how he used to have to pay export tariffs, (when he himself actually dodged VAT on everything) - and this went unchallenged by the BBC. I can't be sure if this is due to deliberate bias by omission from the BBC or just an overall ignorance of what the EU is and how it works. But one thing's for sure, the referendum campaign has already started, and eurosceptics are without informed allies. Sadly too many are distracted by the Farage mirage. That's seriously bad because this is urgent.
Posted by Pete North at 15:48