Like it or not, the BBC called it right 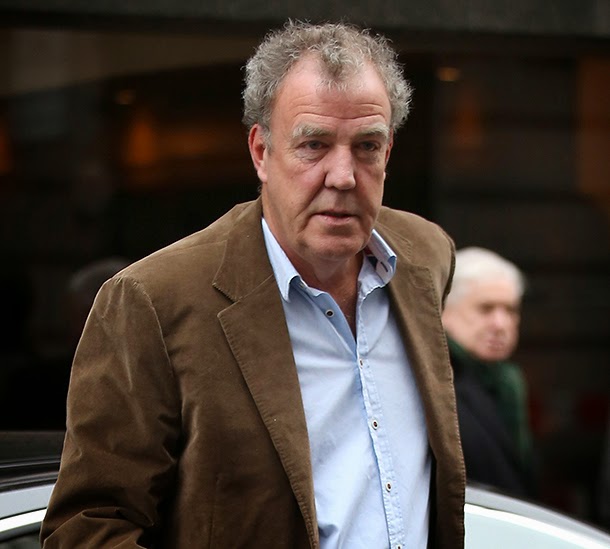 If anything, from the passions it has sparked, we can fairly say Top Gear is not just a TV show. TG has done a couple of unforgivable things over the years but is still a brilliant TV show and I've seen every episode at least twice. This all actually makes me pretty cross at Clarkson because it's not just about him. It's something more than that and it belongs to everyone in a way. But we do have to look at the impossible position he's put the BBC in. It is the national state broadcaster. It has to live up to a code of ethics and cannot be seen to be showing favour, and I don't see how it could have done anything else but sack him. A huge disappointment and a real shame something so significant has to go out with a whimper and not a bang.

Clarkson has been off the rails in more than a few ways in the midst of a midlife crisis, it's gone to his head and he's assumed he's untouchable. That brings out the very worst qualities in anyone and his abusive manner behind the scenes points to a tolerance of bullying which couldn't be permitted by the BBC. You can tweak the nose of the politically correct, you can even push the boat out now and then but you can't beat up on the junior staff and you can't behave like a petulant thug.

Some are saying it makes no odds to Clarkson in that he can get work elsewhere, which I'm sure he can, but he has to eventually look people in the eye and admit that it was him and his behaviour that killed off the best TV show on the BBC, not the BBC. It's an unenviable position for the BBC to be in to axe their best show and a much loved presenter, and I don't think any such decision would have been taken lightly as if the "PC liberal elite" couldn't wait to push him out the door as some suggest.

The BBC is not a commercial operation and it can't just buy off the staff and brush it under the carpet. It is wholly different and has to balance its commercial imperative with the overall values of the BBC, which despite all that is said about the BBC, it still stands for something. With shows like Doctor Who, Sherlock and all the other smash hits that most people seem to love, it is our primary cultural export, and with that we're exporting British values, British humour, British culture and one thing we hold above all, which is why there is such anger at our political classes, is British fairness. The BBC simply can't uphold any of those values if it will tolerate a bullying spoiled oaf on the basis of how much cash he generates.

This brings to light the necessity to reappraise our jaundiced view of the BBC and remind ourselves just how important it is to promote British culture here and overseas, lest our own culture be absorbed and subjugated by US cultural exports, including US politics which is debasing our own as imported US political culture and debate is transposed onto our own unique society. This country is increasingly liberal about things like abortion, yet we're importing the US debate which is polarised and is in fact irrelevant to British discourse in that we do not have powerful religious vested interests running parties as the US does. We need something to counter US cultural hegemony and we need to keep reminding the Septics now and then that anything they can do, we do better.

In recent years, the BBC has underperformed in that regard and though I have argued for its abolition, I now think twice in that binning the Beeb is cutting our nose off to spite our face. It's time to ask why it's under-performing, and what can be done about it. I don't think carving it up and allowing it to show adverts its progress. Adverts and the commercial imperative is the main reason I can't really cope with television. We don't need to scrap the BBC, we just need it to be a bit more self-aware. It is inappropriately PC, it's comedy is trite and unchallenging and Radio 4 comedy is just left wing propaganda bilge dressed up as entertainment. The BBC needs to admit this and it's right that people to continue to beat it with that stick, but we shouldn't be so hasty to throw the baby out with the bathwater.

Any Answers on Radio 4 a couple of weeks ago had a lady on who phoned in to describe how she assisted someone in dying. That confession in itself was extraordinary - and the phone call immediately after made for a disarming, frank and extremely powerful debate. Two composed, eloquent and considered opposing views on a very potent subject discussed at a level unsurpassed by any other media entity. Heart-stopping radio. To hear two ordinary citizens debating at that level really made me proud to be British at that very moment. And the BBC is a big part of what stimulates that culture.

The BBC must walk a fine line all the time, it doesn't always get it right and when it fails it fails badly, but it's time for a recognition of its other virtues and a mature debate about its future and how we can make it continue to serve British interests in the way that it always has. Petulance and dogma gets us nowhere - and significant though Top Gear is, the BBC is about more than just old men playing with toys. We need the BBC because it's integral to our culture and essential in defending it. It's an assertion of who we are as a people and that's why the BBC is so concerned with the BBC representing all of Britain, including grumpy un-PC men. But not by oafs who beat up the staff. That's not part of who we are.

As to who should replace Jezza, front runner is Jodie Kidd. A sexy supermodel obsessed with cars. What's not to like?
Posted by Pete North at 06:19