We have a serious problem 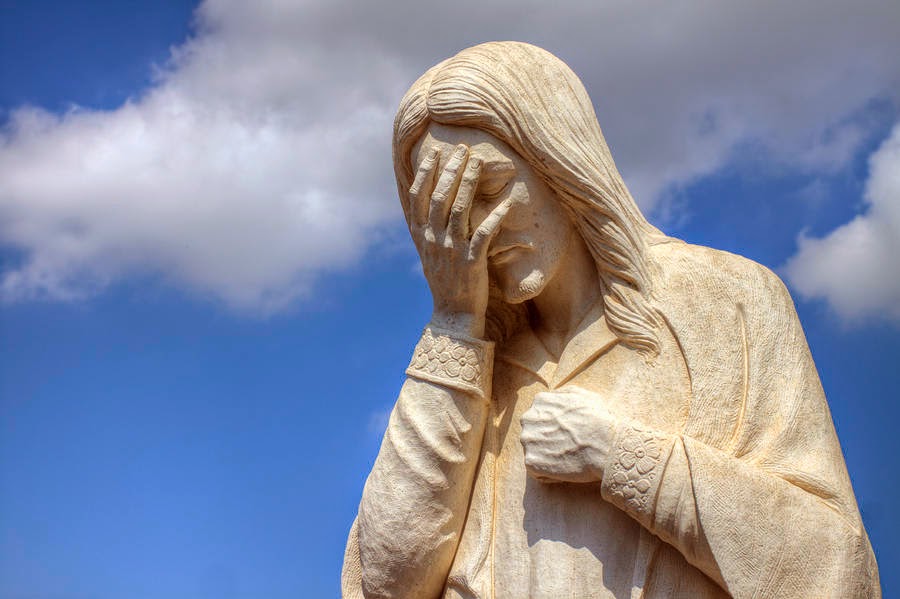 Earlier today I remarked how far wide of the mark Farage is in his assessment that discrimination laws are hurting British workers.


The problem is that businesses discriminate on price. So one might then ask why a property developer might employ a company that only uses immigrant labour? That's probably because they will work under the minimum wage and by illegally overcrowding Houses of Multiple Occupation (HMO), they can unfairly and unlawfully undercut British workers.

So we might then ask why it is the prosecution rate in 2012 was less than 500 out of 1.5m landlords? That would mean exploring the dysfunction in local councils, where we would probably find exactly the same institutional dysfunction behind Rotherham, Rochdale and Oxford social services. But that was all about political correctness right?

We might also ask why it is British workers feel that taking such work would not pay more than the benefits available. You'd need a welfare reform policy for that.

The key problem is with HMO's and while they occasionally do blitzes in London, finding 15 to a house (and there's the whole "beds in sheds" thing too), they find that because it's an acute problem that places obligations on councils to house anyone they evict, they've basically stopped investigating. No investigation... no problem.

Further to this, while we were debunking the latest Ukip idiocy we find a very relevant testimony in the comments that mirrors some of my own experiences while living in Scotland.


As I recall, it was always part of the responsibility of the Dept. for Work and Pensions (and its predecessors) to look after worker's rights as much as jobs. I was in my local JobCentre a few years ago, signing on and going through new jobs with the clerk, when she came upon one and said (partly joking) "Can you speak fluent Polish?" (The job asked for it).

I said "No, why?" She said this company only hires Polish people. I said 'Is it a British company?', she said "Yes, they're based in Solihull, the MD thinks they work harder than local people." So I said "Surely, that's illegal, as well as discriminatory?" She shrugged her shoulders and moved on. And they wonder why we have nearly 1 million under-25's out of work!

So it transpires that the reason British workers are discriminated against is once again because the laws we have, in this instance discrimination laws, are not enforced. So we have Environmental Health not working, the Job Centre failing to link up with other agencies to bust up discrimination and minimum wage abuse, a massively dysfunctional social services, along with a police force completely out of touch with reality.

In the wake of the Rochdale scandal, out of 13 officers initially flagged by the force, misconduct notices were issued to only seven. Of those, only one officer was found to merit disciplinary action. He was allowed to retire without sanction, while the other six were given “words of advice” by senior officers. And this is really why we gripe so much about Ukip. Using Richard Norths's words:


There are any number of very serious issues which need addressing, and there is a desperate need for an effective and honest political party deal with them, where the traditional parties won't go. The trouble is that that party isn't Ukip. It is an amateur shambles.

As to things like immigration policy, the "party" isn't even past first base. It doesn't have the first idea of how to approach the task of policy-making, while the need to have joined-up policy doesn't get a look in. For instance, if you are looking at the use of immigrants for certain tasks, then it would help if you looked a little closer to home in some instances.

Some time ago, I ran a specialist industrial cleaning firm, using local labour paid on an hourly rate, cash in hand. I could only give them part-time work, but that was ideal for them ... they were all on the dole, collecting unemployment benefit and housing benefit. Then, I landed a massive contract for a major supermarket group. Seriously big. I went to my team and told the good news, that I could afford to give them all full time jobs - and on good money. To a man, they turned it down.

There is part of the reality as to why employers hire immigrants. And I've seen it in food factories, where you've time-sensitive orders that are stretching the firm, and managers are struggling to staff a complete shift. People promise to turn up and the don't - or call in sick, and it becomes an endless nightmare trying to get the goods out.

On the other hand, go to a gangmaster, or hire Poles direct, and they all turn up, work hard, do a full shift - at lower cost than the locals. Of course employers are going to go for immigrant labour.

Any honest policy is going to have to recognise this reality - and many other realities - but not Farage and his crude, populist garbage. And until Ukip can start addressing real problems, in honest and adult ways, then it is just dross, worth less than the scrapings from my shoes.

The whole Ukip approach has been to point fingers at political correctness, multiculturalism, Muslims, foreigners, equality and "liberal elite". They get nowhere near a diagnosis thus get nowhere near a solution. What policy they do have is vague and depressingly amateurish. Our commenter has it that it is wholly deliberate so that Farage can say what he likes on the hoof, and not be contradicted by some ridiculous document. I think this dynamic is more by luck than by judgement.

The truth is, the public sector is failing in every conceivable way. We have never been so desperately in need of a new force in politics - one with skill, intelligence and integrity. And that cannot exist while Ukip exists. It is a bed blocker. And that's what makes Farage the most malevolent force in British politics. We deserve better, but it doesn't look like we are going to get it.
Posted by Pete North at 14:51