Reasoning with the abysmal 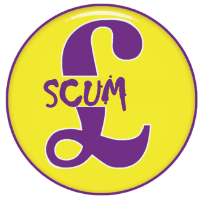 Today I made a mistake. I tried to reason with Ukippers. It cannot be done. They are irrational and deeply sick people. At some point halfway through a debate there is a factory reset button which takes them back to square one. The typical response is "Nigel Farage is the man who most represents my views".  That is the only basis from which they can approach it. Nevermind who that man is or how competent he is at advancing the cause and winning arguments and growing the party. Strategy doesn't come into it. It's all about identifying with the leader. If that isn't a cult, I would surely like to know what is.

It can be demonstrated that Ukip isn't growing, and that Ukip is harming euroscepticism by cluttering the debate with falsehoods and unrealistic expectations of what Brexit will achieve, and doesn't even begin to comprehend the details. It can also be demonstrated that Farage is the root cause. And the fact that Janice Atkinson, a Farage appointee, is so crass she doesn't even understand why she's under fire, tells you everything about Farage's judgement. If you wanted definitive proof that Farage has deliberately surrounded himself with sycophants and halfwits, she is it. The party goes from embarrassment to embarrassment, prompting the question what exactly does it take for these people to wake up?

Farage has said "I am astonished she could have done something quite so stupid. I am very very shocked and surprised”. Of course this blog is not in the least bit surprised. Not a positive thing has been said of this dismally inept and stupid woman and her presence is a testament to Farage's own poor judgement. We're not surprised that he is surprised. But in Ukipworld Farage is a great leader bringing the party to dizzying new heights in spite of it tanking in the polls and all the chickens coming home to roost at once.

There is no talking to them. Put it to a kipper that Ukip has done its job and there is a referendum on the table and the torrent of excuses come full flow. "We can't trust the Tories", "Cameron won't deliver", "It's a liblabcon ploy" and all points between.

The simple fact of the matter is that if Cameron wins, there is going to be a referendum. It's on the table now. Lobbyists and think tanks are already preparing their campaigns. It has been lodged as a political fact that no party could ever recover from if they reneged. It would be the greatest Tory betrayal ever and it would see Tory marginals and those with slim majorities wiped out entirely.

Some would have it that punishing the Tories this time round means there will be a right wing conservative renaissance, but there is no evidence there is sufficient support to put someone like Owen Paterson in charge, and even if that were likely, the odds are that Dan Jarvis or someone similar would be Labour leader. Jarvis handles media well. Paterson does not. Jarvis could well be another Blair seeing the Tories out in the wilderness for another decade. So we have one chance of a referendum. And stacked though the deck maybe, with many caveats, it's the only time we are ever going to get one.

Rather than taking it with both hands Kippers actually think Ukip has a future and can grow. There are even Kippers who think Ukip may even be a party of government one day. I can't even begin reason with stupidity that profound.

There is a sick delusion at play in Kipperland. They are truly beyond reason, beyond all help and beyond salvation. It actually comes as no surprise that Farage has been so easily able to deceive them because these are terminally thick people. Moreover, it's a virus. It infects some formerly intelligent people and has reduced them to gibbering imbeciles. It was even put to me today that The Harrogate Agenda was devised to split Ukip. Except The Harrogate Agenda isn't a political party and more to the point, we decided a while ago that we categorically do not want Kippers in THA because they are stupid, bigoted and a complete liability. But this is the level of paranoia that exists within Ukip. They are deranged.

But I'm no longer interested in banging my head against that brick wall. Farage has proved at the very top of Ukip's appeal it can stagnate around 14% but will probably poll under 10%. What that tells us is that there is scope to convince the other 90%, and as much as we don't want Ukippers, we don't need them either. In fact the more of them we have, the fewer of anyone else we will convince.

It would have been nice to have some of our former comrades along, but it's clear now they've gone full kipper and there is no hope for them. So all we can really do now, having made our case, is sit back and watch Ukip burn, as we said it would. I will take some pleasure from that.

Meanwhile some have remarked that The Harrogate Agenda is not showing signs of progress. There is a good reason for that. Every effort is going into finishing Flexcit so that we can fight and win the referendum. The Harrogate Agenda has been absorbed into Flexcit and that is still work in progress.

Unlike Ukip, we have no expectations of a great leap forward until we have got our intellectual arguments in place so we can avoid the same fate. We started EUreferendum.com all those years ago because we knew this day would come. That is our priority fight and it looks like we go into that fight not with Ukip as allies, but as a major obstacle.

The most ridiculous thing about Ukip is that they say we formulated arguments against Ukip because of "sour grapes", but my critique of Ukip on strategy was the best advice I could give, while Richard North's research on the subject of immigration was there for the taking. It would have given them all the policy material they needed with which to win the arguments. They chose not to listen. The man responsible for that is... Nigel Farage. Ukip has been given the answers they need, but in reality, they don't want to know. They are comfortable with their ignorance... and proud of it.
Posted by Pete North at 17:53