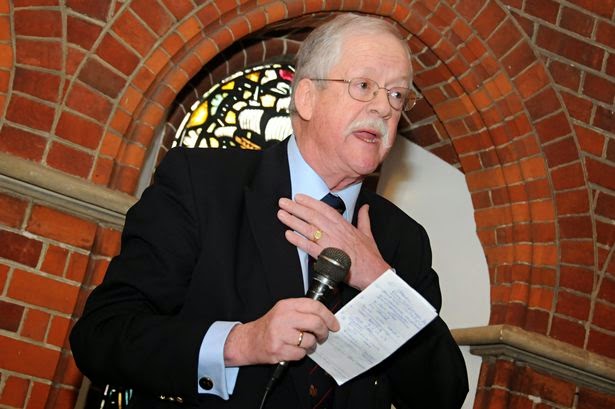 In answer to the question “What message does your party have for the tens of thousands of people currently forging UK careers in renewables?” Ukip MEP Roger Helmer replies:


“Your jobs cannot be sustained, and are damaging the economy. Start planning to work in real, value-added industries, not in wasteful projects that are little more than gesture politics.”

Again I find myself in complete agreement. But the way the Mirror spins it tells its own story. There is a good reason why politicians are mealy-mouthed. There are ways to say things and there are ways not to say things. That is an example of how you don't say something. Better to say those jobs should be refocussed on building a fit for purpose grid that delivers value for money on the basis of sanity, not the vanity of politicians. But to tell an entire industry that their jobs are worthless and damaging is hardly the "straight talking" that wins elections. Helmer might have point, but he's still a bloody fool.

There are consequences for lack of political skill - and now Ukip is in the process of discrediting ideas that were gaining traction until Ukip picked them up. And that's Ukip all over.

Bringing it into sharp focus is a valedictory speech by Gordon Brown to the House of Commons. He's misguided and wrong but still dignified and eloquent. In it he speaks of a "common Britishness – a shared belief in tolerance, liberty and fairness that come alive in unique British institutions like the National Health Service and in common policies for social justice – ideas which we have given to the world, but now seem to be losing sight of at home: unifying ideas that we need to champion anew at the core of a common British national purpose that binds us together in a shared future."

I could split hairs and find much to disagree with in his speech, but his words are of a proud and optimistic Britain with a future beyond the confines of our borders. You might call it boilerplate but it has a certain gravitas from an ex Prime Minister, albeit a dreadful one. In just a few short words exalting the virtues of Britain he taps into self-confident idea of Britain, not the shrinking, shrivelling gripes of Ukip.

My own vision would differ to that of Gordon Brown, but it would be spoken in the same spirit. And its easy to see why, as we feel promising signs of economic renewal, there is a cross party rejection of Ukip's throwback ideas. Too bad it has to take down a few good ideas with it. Not least leaving the EU.
Posted by Pete North at 10:08