Would Airbus really quit the UK? 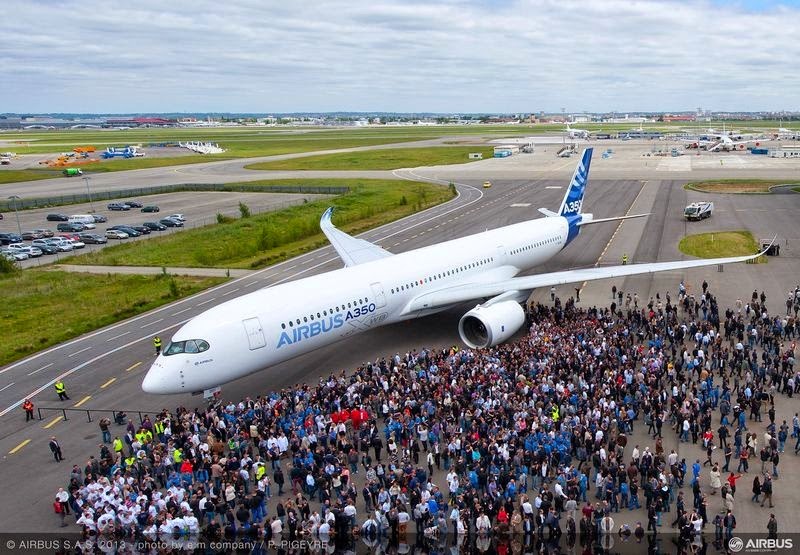 If there is a way to miss a point, Kippers will miss it. According to Kippers, Channel 4's programme last night was "inaccurate scaremongering propaganda". Of course Ukip is entitled to complain because Ukip has never ever released campaign posters implying 27m people are after my job. But what has stuck in the craw for them is the suggestion that Airbus would shut up shop in the even of a Ukip government.

It is a little far fetched to suggest Airbus would close its doors overnight, but its also a lot far-fetched that Ukip would form a government, so we are talking about a rather large abstract here - another point lost on Kippers, but is it conceivable Airbus would quit the UK in the event of a Ukip government? Youbetcha!


Airbus would need to exit the UK in such a hurry if it were to lose access to the single market. It trades in Euros and it exports to mainland Europe. It depends on a stable trading environment within the single market and simply could not function as well without free movement of people. Engineers travel to and from Toulouse at short notice on a daily basis.

Moreover, it is not conceivable that a split from the EU would be a cordial or cooperative effort under Farage. Farage is openly hostile to the EU, combative and confrontational in every way, as evidence by his conduct toward EU officials, his fellow MEPs and commissioners. Would this man be able to secure Brexit without creating animosity and putting up barriers? Unlikely - and his negotiating position would consequently be weak from the outset - having already lobbed personal abuse at senior EU figures. This would make life difficult for Airbus - lot least because it could be used as a political weapon by the EU.

This is not to say that Brexit would necessarily cause Airbus to quit the UK - just that it is more than likely if we had a Ukip government. A planned, cordial and orderly Brexit, retaining Efta/EEA single market access gives no company any need to quit the UK - but Ukip have categorically ruled out an Efta Brexit solution - and that is as far as their Brexit "policy" goes. Based on the current Ukip approach to Brexit, I would be advising any exporter to quit the UK ASAP were there any danger of them winning. Especially since they rely heavily on skilled immigration from outside the EU which a Ukip government would put a quota on.

As it happens, Airbus of all companies are the one multi-national company who last year stated they would stay in the UK post-Brexit. But that's in the event of a credible and sane party taking us out of the EU. Were it Ukip in power, I suspect even Airbus would re-evaluate their commitment to the UK. But it seems Airbus is now less certain. Here we have "Airbus boss" Robin Southwell voicing concerns.


At a company event today Tues, Mr Southwell said: “Airbus Group, we note, would never have achieved its success to date without a working and effective partnership of countries and companies within Europe, which only collectively can deliver the scale required to be globally successful.

“Any other economic model which seeks or offers to change the dynamic and advantageous characteristics which we presently enjoy - and believe are optimal to our delivering sustained growth and employment - would need to specifically address this quite proper challenge in a detailed and compelling manner.”

That is something Ukip and Farage have not yet done and maintains the line that it does not need to. It stands naked without a Brexit policy, thus invites such speculation from Channel 4.

Elsewhere in the Brexit debate, more serious contenders than Ukip, who have examined Brexit roadmaps acknowledge the need for either a free trade agreement with the EU or EEA+Efta membership. The most prominent Brexit plan, Flexcit by EUreferendum.com, advocates the latter, which sees the UK remain a part of the single market - which then has precisely zero material affect on Airbus. Meanwhile the regulations that affect aircraft production are in fact global regulations which we are still obliged to comply with in or out of the EU. Such subtleties are beyond Ukip.

In conclusion, it is certainly no foregone conclusion that Airbus would quit the UK or would necessarily need to, unless somehow Britain were ruled by a bunch of anti-intellectual wreckers who were openly hostile to the very idea of the EU - who thought ripping up treaties on the fly was a way to conduct the serious business of government. That would be Ukip, thus I see a great deal of plausibility in the Channel 4 scenario, especially with their current set of mouth-breathing halfwits at the helm. There is a strong and serious case for leaving the EU, but Ukip isn't making it, and for those of us who are eurosceptic, Ukip is seriously screwing the pooch.
Posted by Pete North at 03:47