I'm shocked, shocked I tell you 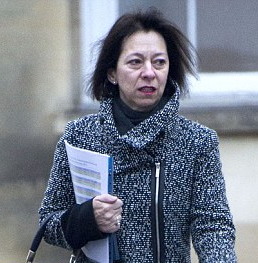 Just last week I wrote this article on how a competent Ukip would have handled the Rotherham situation. I remarked:


"As far as I'm aware nobody has gone to jail over the Rotherham affair and nobody is facing financial ruin. We might even see another Sharon Shoesmith walking away with the better part of a million quid. A policy on all of the above would have been a real head turner - one that would have got a lot of Muslim support and would even get MY vote."

Unrelated to Rotherham, we now see this:


The council boss whose staff failed scores of girls abused by a sex grooming gang is in line for a payoff worth nearly £600,000. The bumper redundancy package for Joanna Simons has been drawn up on the eve of a scathing report into the paedophile scandal. Officials insist the 55-year-old chief executive is leaving Oxfordshire County Council for cost-cutting reasons. But there is anger from victims that the deal will allow Miss Simons to dodge any blame.

Course Ukip have now rolled their wagon onto something else, and tonight they're whining about some piece of Channel 4 light entertainment. I wonder why? Let's have a look shall we?


The report into the Oxford child sex ring scandal is expected to throw the book at police, social workers, teachers and NHS staff. The Crown Prosecution Service is also expected to be criticised. All the victims were known to social services and five were living in council care while they were repeatedly raped and sold for sex.

Police and social services had several warnings about the activities of a group of men in Oxford as far back as 2006, including at least six complaints from victims. But no one linked the intelligence together and there were no successful prosecutions. Detectives now believe there could be more than 50 victims of the gang.

One source, who has knowledge of the report due to be published in a fortnight, said: ‘It will make very uncomfortable reading for police and social services, who didn’t deal properly with out-of-control girls who were repeatedly abused. One of the victims went missing from a children’s home on more than 100 occasions, but police who picked her up on the streets did not ask questions or act on any suspicions.’

One private children’s home was charging Oxfordshire county council an average of £3,500 a week, yet two victims living there would go missing for days on end. Social workers at the home in Henley were told by a girl in 2006 that she was having sex in exchange for alcohol and she was also taking cocaine. Another girl told them she was having sex with men she was afraid of.

Oh look! It's nothing to do with multiculturalism, or political correctness. Which I suppose makes that Brendan O'Neill article all the more cretinous.

And just to hammer it home, here's a few choice extracts from the Casey report.


"Inspectors found that the Senior Leadership Team did not sufficiently look at the quality of operational delivery, operational service risks or issues. Some services in Rotherham are improving and winning accolades and awards, but Children’s Social Care has been allowed to fail without effective monitoring and intervention. Senior managers pointed to these achievements in interviews as a means of ‘balancing’ the picture overall."
...
Issues in Children’s Social Care have not had the prominence and priority they should have across the Council. CSE does not appear to feature strategically, operationally or even as a risk until 2013/14. From 2010, each annual report notes pressures on the Children’s Services budget and changes being made to get it under control. But the senior leadership team did not take corporate responsibility for ensuring issues were addressed.
...
Overall, inspectors found that Children’s Social Care was not sufficiently effective. Systems to record and manage cases were poor; decisions regarding individual children were not rigorously or systematically checked and too much professional practice was poor. Whilst senior managers and Members claimed they wanted to improve the quality of Children’s Social Care, we found that it has been a Cinderella service which has historically not had the focus it requires from political and corporate leaders. For too long, staff and partners have not been listened to. Even more importantly, neither have children. Without action which is fundamental, comprehensive and urgent, it is hard to see how RMBC can fulfil their duties to protect children and young people in need of help and support.

But none of that is useful to their political narrative is it? Ho hum.
Posted by Pete North at 15:15