What it will take to really change things 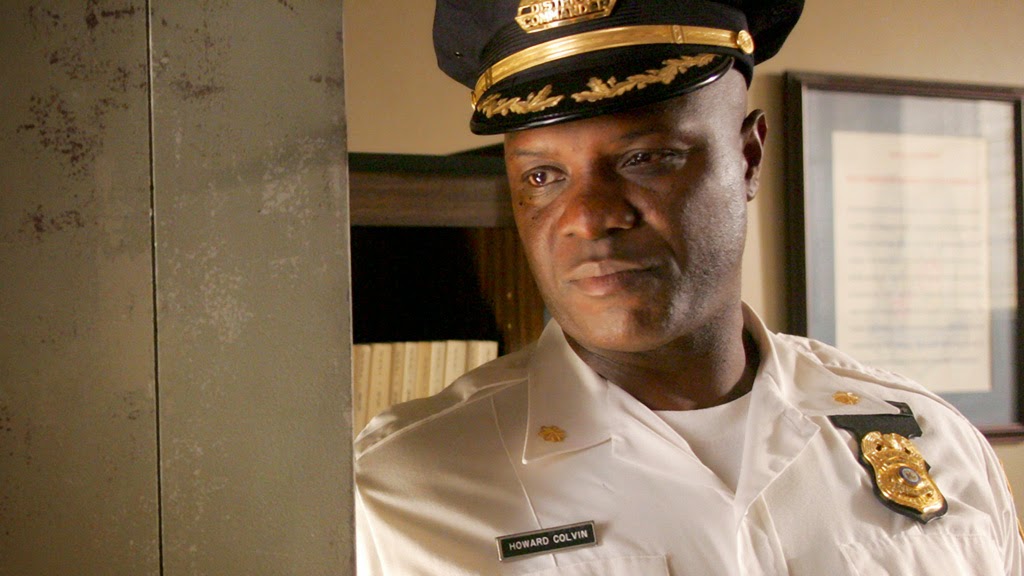 Howard "Bunny" Colvin is a fictional character on the HBO drama The Wire, played by actor Robert Wisdom. Colvin is a wise and able Major in the Western District, alienated from the Baltimore Police Department and political system's concern with criminal statistics and career-climbing, to the consistent detriment of substantive case-work and the over-preoccupation with crude 'rip and run' tactics: that is, petty drug charges on low-level players.

He often expresses nostalgia for policing in earlier decades, particularly for the way in which officers amiably integrated into and supported communities; something he holds in sharp distinction with the contemporary 'drug war', in which neighborhoods are treated like 'occupied territory'. Close to retirement, he secretly breaks chain-of-command and re-assigns his resources to create 'Hamsterdam', three zones within his district where drug dealing is pressured to non-violently conglomerate in exchange for informal legal sanction. Colvin also concentrates policing in these areas and attracts important ground-level social services, such as needle and condom distribution. It worked.

Fans of the show know that it doesn't end well for Colvin because the city council does not support him. If you haven't seen it, watch it, because you're missing a masterclass in civics.

What is notable is that Colvin is hamstrung by rules from the centre. Only when he decides to break the rules does he affect real change. It is not done with any extra resources or a task force, but with determination and skill. The policy only falls flat thanks to the spinelessness of elected politicians who refuse to back his actions.

This makes me think about Rotherham. I recently wrote a piece called "What a competent Ukip would have one". I think it was unambitious. What we really need is a council to force a constitutional crisis. When I look at what went on in Rotherham I see grown-ups bound by rules and procedures, tied down like Gulliver, afraid to break ranks, knowing the political support is not there. So much procedure, that doesn't work, is dictated by elsewhere.
What we have seen over the last few decades is a succession of top-down polices enacted by London agents, or the vast quangocracy. We have seen regional development agencies, central economic planning, directly elected nobodies, lord mayors, police commissioners... and you know the rest of the list as well as I do. Or at least you should!But what we have never seen is full and complete local sovereignty, where our own authorities, if entrusted with any power at all, act mainly as executors of London diktat, operating within a corporate framework. Not at any point have the people been sovereign over their own local affairs.

There are several critical policy areas, not least taxation, housing and welfare where local authorities have had precisely zero control over. We have seen the installation of voting rituals and democratic furniture, but we have yet to see any actual democracy in the true and literal sense of the word. We have seen repeated fig-leaves, but nothing that actually changes the balance of power or recognises the sovereignty of the people.

Any authority that fails in its statutory reporting or fails to follow procedure set by elsewhere is punished and fined. What if a council said to its social workers, officials and police "just get the job done", we will take the hit. What of that council decided to disobey? What of that council asserted its own sovereignty and demanded other councils did likewise? What if that then spawned a wave of disobedience? What if councils sacked the CEOs and took command themselves? What if they actually did what they were for? What a glorious day that would be.

We are never going to persuade London to lend us our own power, so we are going to have to take it. The fact that this thinking hasn't even occurred to Ukip, when they do have the power to do exactly this in some councils makes them all the more contemptible. The power is ours, if only we chose to use it.
Posted by Pete North at 14:06