Deregulation: pissing into the wind 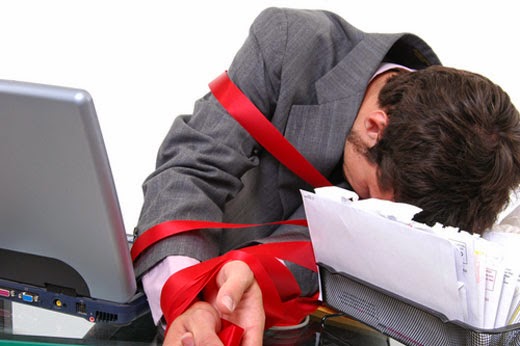 A lot of people want politics to be more interesting and exciting than it is. But actually, a lot of law and governance is pretty mundane and distinctly uninteresting. Especially regulation.

Much regulation seems absurd but exists for fairly good reasons. Bugger knows in most instances what those reasons actually are, but we tend to find out in those instances when they are called upon.

Over time we have acquired massive volumes of law, much of which has failed to keep pace with society and technological advances, and eventually deregulation becomes as important as regulation. I am sure the country as a whole would benefit if we had an entire parliamentary term devoted to repealing law with moratorium on any new laws.

Occasionally the subject of deregulation becomes fashionable and we see efforts to reduce red tape on businesses. In this instance it comes in the form of the Deregulation Bill. Perversely, rather than deleting regulation, we see an addition to the statute book in the form of completely incomprehensible amendments as illustrated here:


The Agricultural Holdings Act 1986 is amended as follows.

2 In section 2 (restriction on letting agricultural land for less than from year to 10year), after subsection (4) (determination of disputes arising as to the operation of the section in relation to any agreement to be by arbitration) insert—
“(5) Notwithstanding subsection (4) above, the parties to the agreement may instead refer for third party determination under this Act the 15dispute that has arisen as to the operation of this section.”

Personally, I think we'd be better off with a parliamentary bill to demand all new law be worded by people who actually live on this planet. A simplified justification for this bill can be found here, in which we see savings in the millions for businesses. In terms of GDP, this is so inconsequential it's barely worth our attention.

It was born of a Tory initiative to build the visage they have taken on board the message of over-regulation and wish to be seen to be business friendly. From their Red Tape Challenge we get a disparate, disconnected and incoherent agenda so far removed from the fundamental needs of business and industry it could almost be a Ukip manifesto.

In most cases, such law could and should be devolved to councils, and in other respects, the suggested amendments remind us there are entire acts which are either superseded or entirely redundant - thus the existence of this bill tells us that the powers that be haven't the first idea how to even approach the subject of deregulation.

Further to this, it is akin with a surgeon approaching a gangrenous leg and opting to trim the big toenail rather than amputating. Much of modern law is made at an international level, along with trade rules by ASA, Basel2, UNECE, Codex Alimentarius, WTO, NAFO and whole host of bodies few have ever heard of - and certainly few, if any, are ever scrutinised by our own parliament or even the European parliament. Our elected representatives tend to be normal people and normal people don't read regulations. And I wouldn't blame them either.

That said, even if this were a kosher bill, nothing in it addresses the Agency Workers Directive or WEEE regulations (to name a couple), which is the real crippling regulatory influence on our economy - but that's all an EU competence which may or may not be addressed by Cameron's baloney EU renegotiation agenda.

In short, this bill is a decoy that the Tory boys and girls can Tweet and share among their groupuscules to convince themselves Cameron is a great reformer and friend of industry. Meanwhile there is no serious effort at deregulation, nor is there a serious effort to slow the flow of new regulation over which we have no influence, especially while we remain members of the EU.

This bill speaks to the profound ignorance of our political class as to what business red tape is, what regulation is for, and where it actually comes from. If they haven't understood that much, they cannot possibly be tasked with something as intricate and urgent as deregulation. This is not a serious bill, it is not a serious agenda and it is not devised by serious people. It is a party political fig-leaf and it should be treated with contempt.
Posted by Pete North at 10:22