Collapsing narratives in the bubble 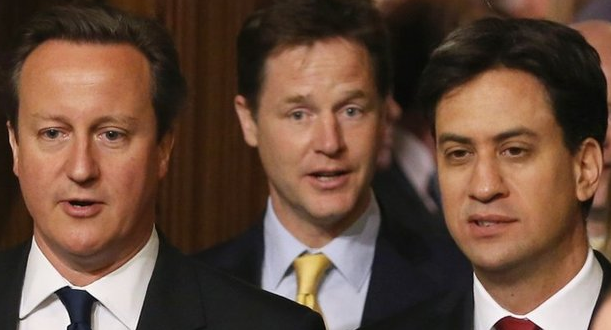 Another sycophant from the Tory circle jerk (TCJ) is at it again, postulating on their collapsing narratives.


These different election campaigns in different parts of the United Kingdom will compound the fracturing of our politics. But they also highlight the fact we have no national party in our politics any more, no party that can be confident of competing the length and breadth of Britain. That is why no one is likely to win a majority.

Now, I'm not one to read too much into just one poll, but a poll today puts Ed Miliband on course for an outright majority. This blog has long predicted a reversion to a two party squeeze closer to the election and this could be the start. It could be that we're now no longer talking about coalitions here or who holds the balance of power.

That will focus a few minds who were thinking of voting Ukip. It's not a case of vote Ukip, get Labour. It's not quite that straight forward, but in blunter terms, if you don't vote Tory, you most certainly will get Labour. That is the feedback loop that causes the emergence of that two horse race. 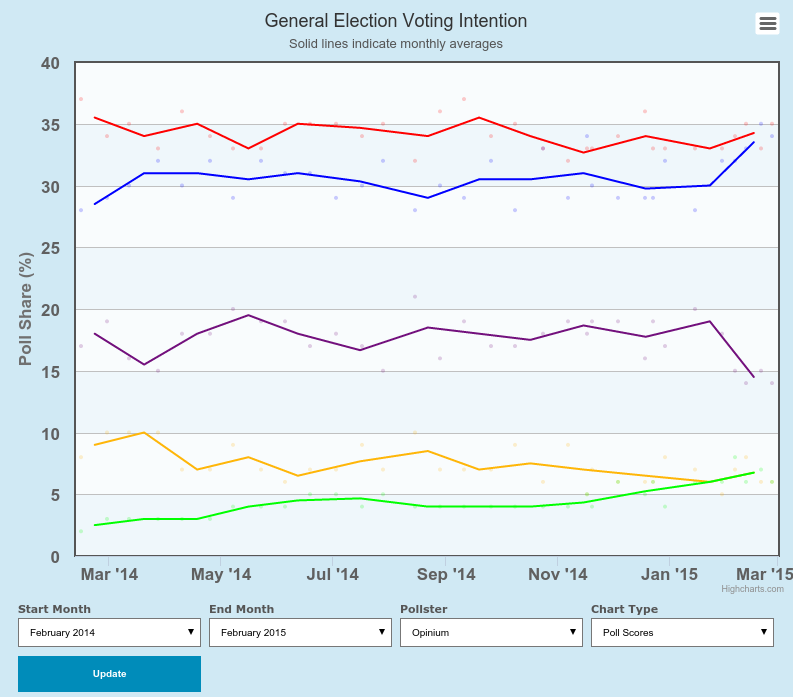 So rather than being a new era of unstable government, as suggested by the TCJ, it rather looks like a drift back to business as usual with two big parties but with a rabble of incoherents occupying the space where the Lib Dems used to be (who may form a party of their own).

I have already put my money where my mouth is several times in that Ukip is going to be sorely disappointed. My assessment of Ukip is looking at the convergence between all of the polls, in that Ukip is definitely sliding, and while it should by rights get a bump from their spring conference, it does look like it has fallen flat, not least with it being utterly shambolic and having failed to release a manifesto. But that's only part of the story.

While Ukip reeks of death and despair, the Greens are bonkers and totally unserious, nobody really cares what happens in Wales and the only serious non-establishment contender is the SNP. That is really anybody's guess. It could go either way for them depending on who the feedback loop favours.

I'm drifting toward the view that the TCJ is going to be spectacularly wrong about everything in their present set of assumptions. This tells us that all the rune-reading and number crunching has turned out to be fairly worthless so far, and the last two years worth of hyperventilation on the right and the broader media is going to look very silly.

Only one thing is absolutely certain. If the Tories lose, you will see a civil war on the right the likes my generation has never seen. Tories split three ways at least and Ukip at war with itself. That's when things will get very, very interesting. Just for the spectacle I might just be tempted to vote for the enemy. We don't really do serious politics anymore so we might as well treat it as light entertainment.
Posted by Pete North at 19:32