NHS: cause for cautious optimism 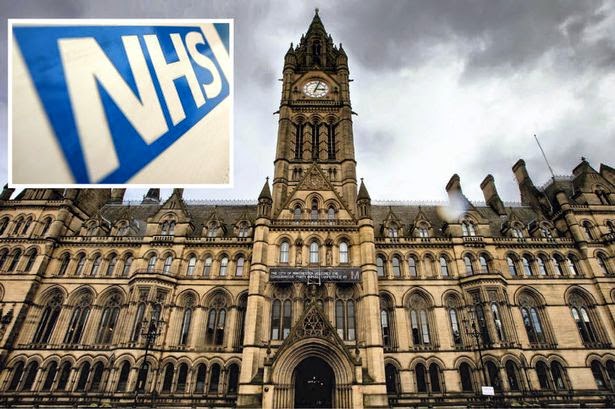 Two interesting stories come to light this morning. Firstly the the "news" of new rules forcing NHS contracts worth over £625,000 to be put out to tender, and the surprise news that Manchester is to get full control of its own health budget.

This is a real double whammy. When viewed separately, which of course they will be because our media doesn't do joined-up thinking, they are both big stories in their own right - and a massive step in the right direction, but together, if pursued to the logical conclusion, this is a game changer for healthcare. With caveats that is.

Labour is rapidly spinning the first story as an evil Tory privatisation plot. Andy Burnham asked Jeremy Hunt what mandate he had from the public “to open up the NHS to private bidders across Europe”. The health secretary “wants to sneak these plans through under the radar”, he added

Mandate is an interesting choice of word given that these are in fact EU regulations which have, incidentally, been on the cards for some time. Thus we are to conclude that either Burnham is being disingenuous, or is completely ignorant of his own brief (you decide). As it happens, very little of what the EU does has a mandate from the public, yet the Labour party is one hundred percent in favour of EU membership and doesn't want an EU referendum. Funny that.

Of course, this is not actually privatisation in any sense. Just that contracts should put to tender and advertised across the single market. And why shouldn't they be? More bidders means more competition for the contract which has obvious benefits to the taxpayer. This does not force any authority to accept only private bids either.

I have some reservations and have observed before that the Tories are not shrinking the size of the state - they are simply outsourcing it - and that it is not privatisation in a real sense. I have argued it is more corporatisation - beyond the reach of accountability. However in conjunction with the news that Manchester is to get "full control" of its health budget, it means that the public will have more control than ever, being able to hold their councillors accountable for their decisions. This is if we assume "full control" really means that. It probably doesn't - but it now stands a chance of going that way.

The problem with outsourcing as the public have come to know it is it usually means twenty year contracts worth millions handed to preferred bidders, usually Serco or Crapita, who continue to make a profit while badly failing the taxpayer. That is the perception and one reinforced in the back pages of Private Eye. But if that cosy consensus is now busted wide open by the EU (a socialist Marxist plot according to Kippers) - with actual accountability, there is good reason to be cautiously optimistic. It reminds us that not everything that comes from the EU is bad, and should be a reminder to Labour that they can't have their cake and eat it too.

Nobody here is saying this is the whole of the answer, nor indeed is Osborne's devolution half measure wholly satisfactory, but if this is the direction of travel things are about to get interesting.

Of course no post on this blog would be complete without a proper swipe at Ukip, who, having suddenly found their inner Marxism where the NHS is concerned, will play along with the Labour line, but also claim this is the EU forcing privatisation - opposing the EU for its own sake. Anything rather than examine the complexities and opportunities this presents, which makes Ukip's libertarian wing look all the more out of place in that silly, little party.
Posted by Pete North at 00:15