Greece is getting what it deserves 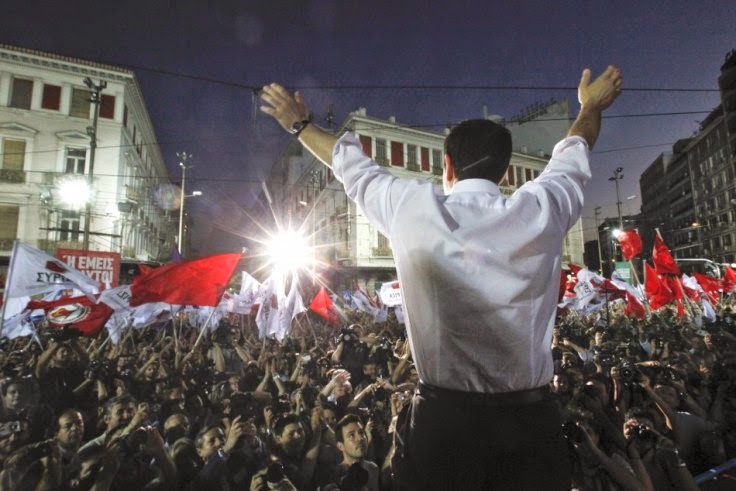 John Redwood is not an often quotable individual but in his own superficial way makes a half valid point.


In that sense Syriza has done us all a service. They have highlighted how in the Euro a country cannot have an independent economic policy. As economic policy is one of the main things electorates wish to influence and change, the loss of those freedoms is a major blow to a national democracy. Many of us in the UK find there are too many constraints on our national democracy from membership of the EU outside the Euro. It is many times worse for those in the single currency.

Course, this is what we like to call extruded verbal material. There hasn't been any democracy in Greece since the fall of Athens in BC whatever. The government is totally dysfunctional and corruption is rife, the tax system is so bad that paying tax is optional, which makes the Greek state systemically bankrupt, on top of which the entry into the euro was fraudulent. Greece is now getting its comeuppance and is being forced meet standards imposed from the outside, because it is incapable of imposing its own disciplines. This is nothing at all to do with democracy and everything to do with the fact that Greece is a failed state.

The EU cannot afford for Greece to be a failed state in or out of the Euro thus Greece will have to do as it is told. For sure it loses its freedom to be a bankrupt basketcase where nobody does any work and everyone has their hand in somebody else's wallet, but life is unfair sometimes.

It does demonstrate is that inside the Euro you cannot renegotiate your relationship with the EU mainly because you are a part of it. It's like saying my arm would like to renegotiate its relationship with my body. But this is not the reason we should leave the EU. We're not in the Euro. The reason we should leave the EU is because the Eurozone is the EU. It is a single entity, a country of its own now, as was always intended, and us being shackled to it actually serves no real purpose since we will never join the Euro and don't even want to.

In most respects we are already out of the EU, excluded from any Euro currency decisions only for some bizarre reason we pay a membership fee in order to get the benefits we would have just from being an EEA member, where the single market rules and regulations mostly come from global entities anyway.

Europe made up its mind that it wanted to be united by a currency forever. When the currency was born, a nation was born. That is the reality. I wish it well, but being that we are already as in the EU as we are ever going to be, the EU would be much better able to govern its affairs without us, while a partner block of EEA/Efta members, lead by the UK, can enjoy strong relations with it. Nobody "goes it alone" and the strength of the single market remains. Leaving the EU is really no big deal for us because it just formalises what is already the case.

Greece is just a glimpse of what could have been for us had we not reformed under Thatcher and later joined the Euro. We avoided that fate, where the EU would rightly have had to intervene (so much for the EU being a socialist Marxist plot), but we're not run by Europe in reality. We're just restricted by it unnecessarily when the EU could benefit from us being free to open up new markets and perhaps we can show the EU a little leadership. Why we have to make such a song and dance about it beats me.
Posted by Pete North at 20:45