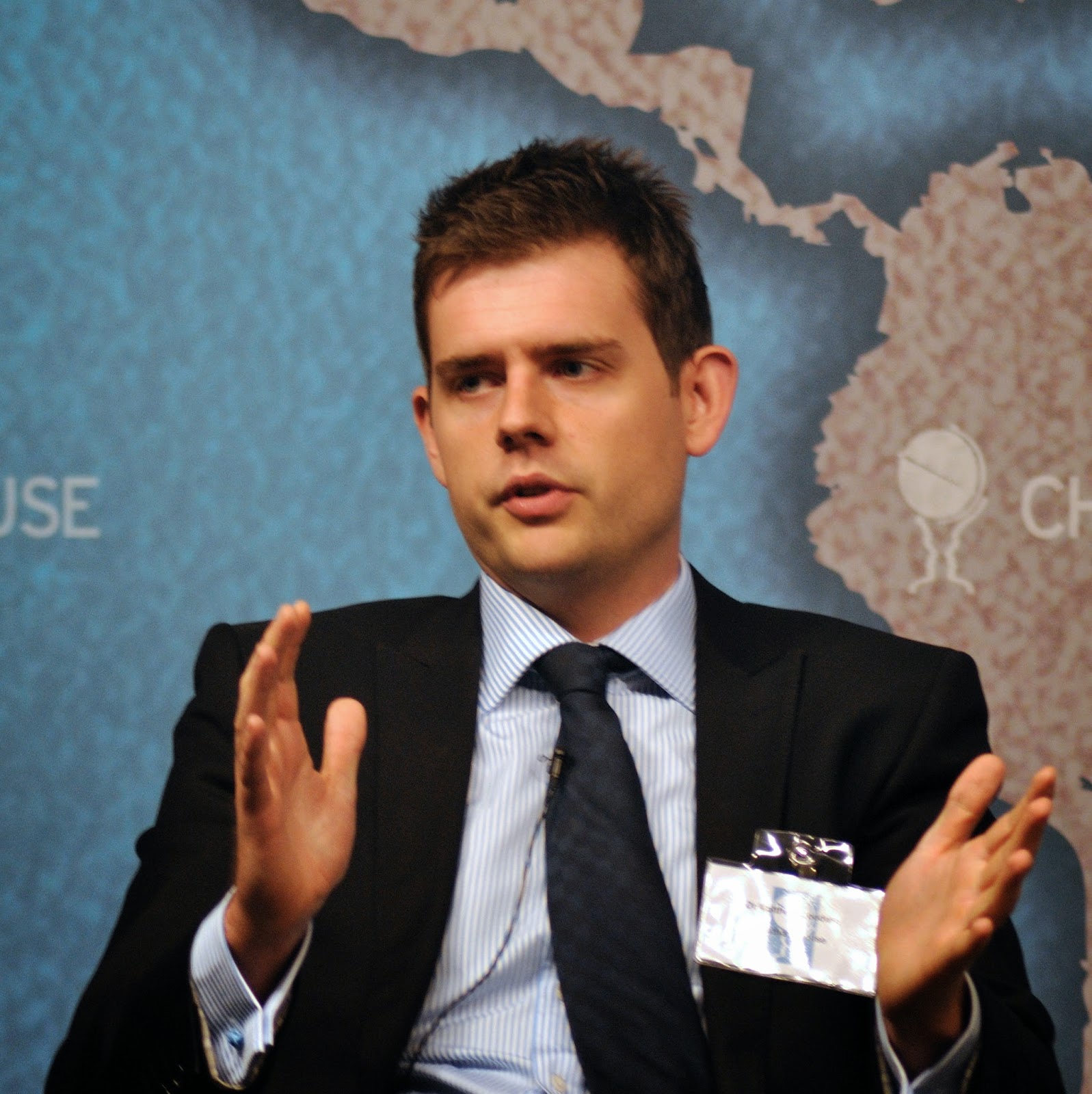 Court scribe Matthew Goodwin is at it again in The Times. I can't tell you how tedious blogging Ukip is, but I do it so you don't have to. Here Goodwin outlines Ukip's Northern "strategy". Let's take a look.


Spend time with senior people in Ukip and it will not be long until you hear about the ‘2020 Strategy’. Buoyed by their recent success, Farage and his party are already talking openly about their plans for after May. And there is little disagreement about what they should be.

The 2020 Strategy is geared toward establishing Ukip as a permanent feature on the political landscape, transforming it from a short-term revolt into a long-term insurgency. It is anchored in an assumption that the party has already established ownership over its two core issues – immigration and Britain’s relationship with the EU.

This twin-track strategy has won over a fairly loyal base of diehard Eurosceptics and social conservatives who loathe Cameroonian conservatism. In May, this mainly southern core base is likely to entrench Ukip as a serious force along England’s struggling East coast, possibly electing MPs in Essex, Kent and perhaps Lincolnshire, thus keeping the party visible for another five years.

The notion that Ukip has a strategy is something of a first. Hitherto now it has blundered from pillar to post. If anything a strategy now is shutting the stable door after the horse has bolted. Ukip did need a strategy and could have become a coherent force, but to adopt one now may prove an exercise in futility. The damage is done. And irreversibly so.

Firstly, Ukip cannot safely assume ownership of any issues. Not least because it has written itself out of the script on EU issues. It doesn't have a Brexit policy, it is not pushing that agenda and when the EU debate is in the news, Ukip is often nowhere to be seen. It is an issue that can very easily be snatched by back by the Tories, not least after the election (whoever wins) leaving it "owning" only the toxic immigration issue - on which is it is not winning the argument either and could easily be skewered by the Tory renegotiation meme. The public have swallowed bigger Tory whoppers.

The mistake Goodwin makes is believing the schism that exists in Ukip is the result of a "twin-track strategy" or indeed a strategy at all. There was money on the table and Farage took it with the condition he used the abysmal immigration posters last April. That is about as much strategic foresight as you could expect from him - which has turned out to be a blunder. Ukip was a slowly growing party that used to win arguments and it used to have a future. Now it is a toxic brand and is shouted down every time it speaks. This is a wholly self-inflicted wound from which it cannot recover. The result of this is a tale of two Ukips.


But Ukip point to another event on May 7th that is also central to their longer-term strategy. Few observers have noticed that entire councils are up for election on the same day as the general election, and many are in Farage’s heartlands. With turnout boosted, Ukip may establish complete control (or at least a much stronger presence), in councils such as Thanet, Tendring (which covers Clacton), North Lincolnshire, Boston, and entire sections of Kent – Shepway, Gravesham, Medway, Swale and Ashford, among others. It is plausible that significant chunks of territory will be entirely under Ukip control.

It is at this point that advocates of the 2020 Strategy want Ukip to head north, to balance southern and eastern gains with a stronger presence in Labour’s northern heartlands. They are hoping for one of two scenarios. Either Labour return to power in May and create opportunities under an unpopular Miliband-led government. Or Labour fail, go through a messy leadership election and potentially select someone like Chuka Umunna – who Kippers argue is the embodiment of the out-of-touch metropolitan elite, incapable of winning back Old Labour types. What they fear is an Andy Burnham or an Alan Johnson.

This shift into Labour areas would have been impossible in earlier years. Labour was confident, Ukip was not really visible, and Farage was avoiding places such as Lancashire and Yorkshire because of campaigns run by the more toxic far right. But now all of that has changed.

Yes, it has changed. Ukip is now that toxic far-right in the North - or at least occupies that territory and Ukip now owns the BNP constituency. So we have a quasi-libertarian free-market Ukip in the south and a socially conservative socialist old Labour Ukip in the North. Consequently we have a mangled, ungovernable mess. Sort of like what would happen if you put the BNP and LPUK into the teleporter from The Fly. This gives Ukip a serious dilemma: Limp along with Farage, whom the public is heartily sick of in order to avoid a messy leadership battle, or have that leadership battle, where the leadership will fall to either one of the Farage lackeys or Carswell, in which case, the party goes into full tailspin.

Moreover, Goodwin sees Ukip gains in terms of bums on seats and raw numbers and sees it as though that were a success in and of itself, but take a look at what Ukip actually has: a bunch of defectors in the main, many of whom were being budged out the door by the other parties. So in Ukip we have a dustbin full of rejects none of whom have been tasked with doing anything useful by the central party machine and it is on the whole accomplishing very little. A coherent force it is not, and will inevitably descend into bitter infighting. Ukip does that.

In short, there is little mileage or value in Ukip plotting for 2020 on the basis of Labour leadership matters when they have a few tough questions of their own to answer. In the event of a Ukip civil war, any 2020 strategy goes straight in the bin and it reverts to type, being a disorganised rabble. All those squirming egos and ambitions will not allow for a coherent strategy. As Goodwin himself remarks:


The 2020 Strategy is also heavily dependent on the messenger. Send a former Conservative into diehard Labour areas, like Douglas Carswell or Suzanne Evans, and the reaction would be hostile. Only Farage has experience of winning over both Labour and Conservative voters but there is no guarantee that he would want to lead a northern revolt, or that he will even be elected in May. Other contenders include the Liverpudlian Paul Nuttall, who may struggle to retain the southern base, or Ukip’s candidate in Castle Point, Jamie Huntman, who has working-class credentials but lacks experience.

Already, the options are looking thin. Once again, and while debates about the strategy continue, so much of this will be shaped by Farage


Unless Ukip’s support suddenly crashes before May, it is likely that Farage’s party will finish second to Labour across a swathe of northern England, racking up scores of at least 15-20 per cent across dozens of seats in Yorkshire, the North East and North West. Influential insiders like Chris Bruni-Lowe point to constituency polls in Labour-held seats like Heywood and Middleton as evidence of Ukip’s ability to rally a diverse coalition of angry Tories, disillusioned Labour voters, protesting Liberal Democrats and previously apathetic non-voters who gave up on politics a long time ago.

One insider claimed: “When Ukip emerges as the second force in these seats, we will squeeze the Tory vote even harder, forcing half-dead Tory associations to defect en masse.”

Of course, all of this might reflect a tendency for challenger parties to be guided by unrealistic ambitions. But it is worth noting wider trends. Many of Labour’s northern branches are moribund, having been moulded around safe seats. They have simply never experienced credible opposition.

Heh! Again, there's that word again; Credible. "Credible opposition". We have already remarked that Ukip lacks competence or coherence. It may have something of a sketched out strategy for putting bums on seats, but it has zero strategy for accomplishing anything politically. It may score council wins but we will see nothing transformative and nothing beyond business as usual because Ukip has  no local government policy, nor indeed does it have the talent or vision to affect any meaningful change. It is a mistake to believe that will not be noticed.

And this is all on the assumption that, as Goodwin notes, Ukip's support does not sudden crash before May. I certainly wouldn't bet against it. As Richard Kirkman observed last year "it was often said in the last days of the Scottish referendum campaign that Yes voters were voting with their hearts, No voters with their heads. When it’s hearts versus heads, heads win". That is also true of general elections, and the conservative minded will cast their vote with a much more level head as they contemplate the prospect of Miliband in Number 10. While Ukip may change the finishing order, there are no prizes for second place.

It's really not necessary to fisk the rest of Goodwin. Here we see a numbers nerd with no instinct for politics, who hasn't understood Ukip, knows little of its untold history, and mistakes Farage as a shrewd and clever politician working to some master plan. If you toil under these misapprehensions you will continue to believe Ukip is a credible movement in politics. But of course, nobody ever made a living in the media by saying there isn't much to worry about. Were it not for the fact Ukip were screwing any hope of leaving the EU, I wouldn't even be writing about them.
Posted by Pete North at 03:20