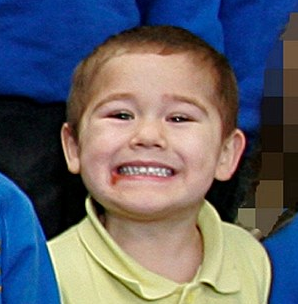 Authorities missed 18 chances to save the life of a seven-year-old boy who died from severe head injuries after years of being sexually, physically and emotionally abused, a report has found. Blake Fowler, from Shirley, Southampton, allegedly suffered a catalogue of abuse before his death in December 2011, often arriving at school with bruises and once being admitted to hospital with a swollen penis.

The young boy was even forced to watch pornography, given vodka to drink and once told social workers: 'My daddy gives me bruises', a case review has found. Despite three arrests being made, no-one has ever been prosecuted for the young boy's death.

This of course would be the council "hamstrung by political correctness" and the CPS trying hard not to offend Muslims. Not in any way a multi-agency failure in a totally broken system of local government. I would be tone-deaf if I said that.
Posted by Pete North at 09:30