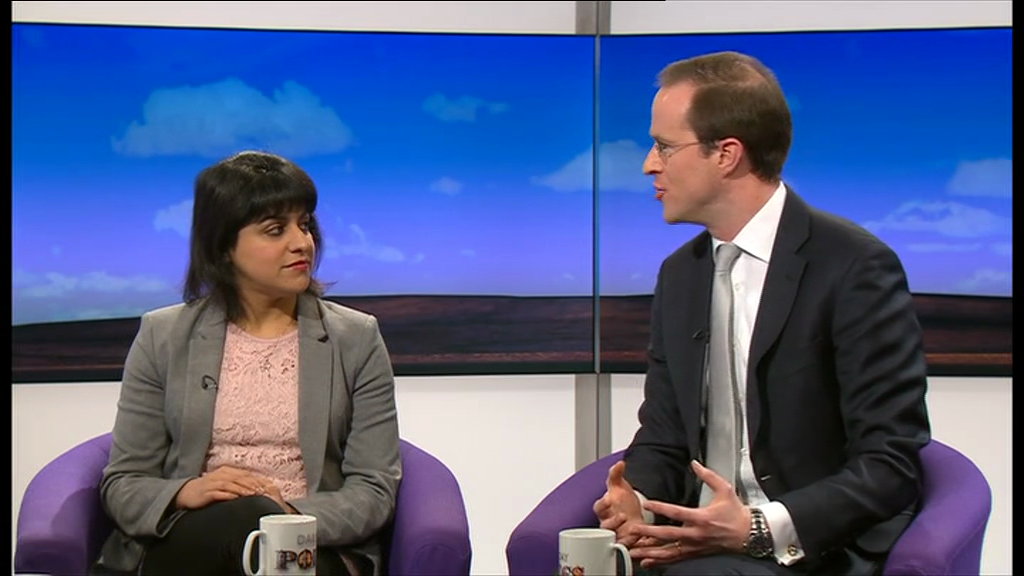 Fun as it is to stick the boot in on the mouth-breather clan, there's a more serious game game going on in which Ukip are a distraction I will eventually have to ignore. I'm satisfied my hypothesis that Ukip is going nowhere and cannot break beyond the glass ceiling. All the polls today have Ukip at a uniform 14% and we've seen no spikes that buck the trend since Charlie Hebdo, and the overall Nu-BNP tone from Ukip cements their position as the dustbin party. The trend is gradually downward and has a way to go yet. It is not poised to be little more than an inconvenience and its failure to make any landmark gains will see it return to the fringes after the election. As far as this blog is concerned, that will be a milestone.

The script was written a long time again and Ukip is reciting its lines on cue. There is little more I can add to the rather large body of work on this blog and is now more or less redundant now the cat is out of the bag. All that remains the feeding frenzy if and when Ukip produces it's bumper annual of policy suggestions. In that I'm sure I will join in, but the rest of the media will likely do my work for me. So now I think some close attention should be paid to other enemies of euroscepticism. Namely Business for Britain, a slick PR machine on the surface of it, but one very much geared to the Tory renegotiation agenda - an Uncle Tom.

It is our view that the early soundings by this entity are essentially "executive director", Matthew Elliot, positioning himself to run the official no campaign, to soak up the public funds and career breaks, and will run such an odious campaign that the referendum will surely be lost - as his Tory sponsors appear to want it.

I am aware there are other competing factions in what one might laughingly call the eurosceptic community but I have little faith Elliot can be stopped. Moreover, with the Tory spin machine in full flow, aided by Ukip poisoning the eurosceptic well, it looks like the public are indeed buying the renegotiation meme. Winning a referendum looks a pretty remote prospect in those circumstances.

There are those who would consequently argue in such circumstances a referendum is something we should seek to avoid. Again I ask, if not now, when? - and under what circumstances can we ever anticipate a referendum where the deck is not stacked? That might have been a remote posibility with a credible and potent Ukip snapping at the heels of the government, but intellectually these people are simply not in the game - and are strategising for the good of their tribe rather than the longer term goal of leaving the EU. Ukip forgets it was set up as a tool to do a job rather than an end in itself. Having bought the delusion that it can be more that a dustbin party it has derailed itself and the cause.

My money is on the worst case scenario that Matthew Elliot wins the public funds to run the exit camp, the Tory renegotiation meme wins out and the referendum is lost by a narrow margin. We have argued that if that is the case then the issue is buried for at least another twenty years. I think it will be, it deserves to be and must be reborn for the modern world.

Anyone following the EU debate will know it's a tired debate with each side talking past each other in an impasse of mantras, many of which are barely relevant any more, or are too well established to overcome. It's a debate older than I am and it barely reflects the world as it now is. That can never be the basis of a reform movement.

It's never been the case that the EU issue could mobilise enough public sentiment to return a primarily eurosceptic party to government, and it's easily knocked off by schools 'n' 'ospitals and many don't see why it's even all that important. In many respects, as far as our day to day lives go, it isn't. It's not any less competent than our own government and all the Jerimiah predictions of doom simply don't win the argument or even pan out in reality.

We have always said that a positive vision would be needed and a strategy for achieving it. This is something eurocepticism as a whole has never managed to accomplish, and even Flexcit is a little late in the game. That will not stop us fighting for Brexit, but I also think we should be prepared to lose.

Anyone who thought Brexit was near should open up to the possibility that it ain't gonna happen soon. Moreover, renegotiation will be off the agenda because the Tories will be able to pretend it got what it went for, at least for a time. Consequently, if we want out of the EU we might well have to do it the same way we got in: by stealth and deception.

Essentially, there needs to be a major reform that formalises the position that Europe has drifted into. The EU needs further political union for the Euro to work. We cannot and should not be part of that so the best option, as Flexcit has it, is to leave the EU but remain in the EEA+Efta and formalise that as a partner bloc to the EU, giving it an equal voice in trade and regulation. That has the added advantage of giving us a seat at the international top table and freedom to open up trade where we see fit.

The EU does not work with us dragging our heels and full political integration for us is unconscionable. Thus we need a decisive roadmap rather than allowing further drift with nobody being satisfied with the status quo.

There are many integrationists and "europhiles" would would agree with that assessment and would also agree that coasting along without a meaningful destination is half of Europes's political problems. And so day one after a referendum loss, eurosceptisicm needs to reinvent as a vehicle to work with the EU to help it to reach these conclusions independently rather than setting itself up as an enemy with a mission to destroy the EU. There is no reason why they could or should listen to that. Banging on about the EU as though it were a new evil empire has thus far accomplished nothing and has served only to marginalise rational voices who cannot escape the association with the Kipper cult.

Assuming sometime in the near future we are back at square one, we will have to sell a model for a new Europe fit for the 21st century, one which acknowledges the changes that have transformed the world, namely the internet and global governance, and one that acknowledges a two speed Europe, which gives authority the Eurozone needs but the flexibility for non-eurozone states to forge their own destinies within a coalition partner block to the EU.

We are going to have to be fully engaged EU members promoting our agenda from within the EU, to convince them that they want rid of us as much as we want rid of them. And that would the icing on the cake - the EU producing a treaty that essentially ejects us from the EU - and a UK government would unwittingly support Brexit by promoting a new treaty. The destination as spelled out by Flexcit could and should be the destination of a future EU treaty and going further in would but perversely take us out.

A UK government will probably never support Brexit, but if it came from the EU in the guise of European progress, it's just absurd enough a concept for it to actually work this time. But for that to happen we need an intelligent, modern, pragmatic and outward looking movement, not defined by scepticism but by optimism. Based on what we have for support right now, we might as well start from scratch. It's looking more and more like Ukip is anti-Europe as well as anti-EU.
Posted by Pete North at 08:49