Why you should be a climate sceptic 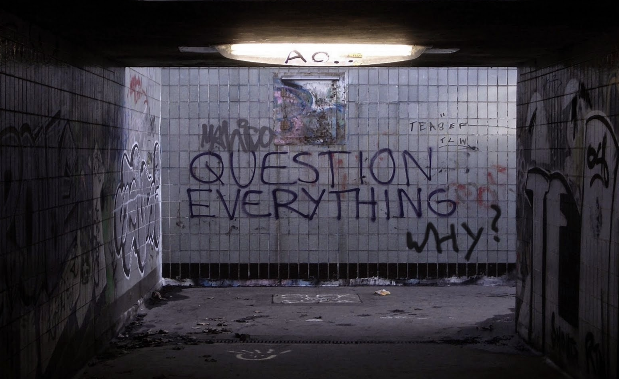 Yes, it's one of those "I'm not a climate scientist but" articles. I am categorically not a climate scientist. The only title I afford myself is "thinker". When I look at the climate change debate I see little more than spin and counter spin and spats between experts who think their piece of the puzzle is the whole of the picture. On the one hand we have some clever people with some highly niche specialisms telling us things will be one way, and a large contingent saying the exact opposite. From a position of ignorance how am I to decide who is right?

The answer is, I can't. It becomes a matter of trust and then a matter of belief. Not being one to trust anything I read, especially if it comes from a journalist the best I can say is "I don't know".

We are frequently told that the science is settled. The immediate problem with that is no science is ever truly settled otherwise it isn't science. The very essence of science is to continue to question our own assumptions and seek to disprove them. The public perception of scientists is that they are a super breed of super-intelligent people who wear white coats and work in laboratories. This cartoonish view is one you'll encounter wherever you go. But in reality, scientists in the main are ordinary people working in grubby offices, very often for little money.

They are people who hold PhDs, and such qualifications carry great prestige. More than they should. There are some dangerously thick doctors and professors out there and they don't necessarily know what they are talking about. We saw this during the Somerset floods last year with rent-a-quote talking head scientists telling us that dredging rivers doesn't make a great deal of difference. But many seemed blissfully unaware that the Somerset Levels is a man-made agricultural system with man-made rivers and unsurprisingly, if you don't maintain them with regular dredging, you get floods, the same way you'd get overspill of you didn't clear the leaves from your gutters.

The textbook hydrology view that dredging rivers doesn't make much difference is entirely correct if  viewed in the context of natural rivers, where a whole host of measures are employed to prevent floods, but on this occasion, the experts were wrong. I was recently introduced to a beautiful new term; "déformation professionnelle"a French phrase, meaning a tendency to look at things from the point of view of one's own profession rather than from a broader perspective. I can't think of a more classic example.

When the UN IPCC says thousands of scientists agree that global warming theory is true, they do in fact refer to aforementioned bearded blokes in grubby offices with arcane specialisms, who each trust each others own assessment according to their own specialisms. They often belong to universities and institutes, which have prestigious titles which add to their gravitas. This creates its own unique groupthink, the product of which is global warming theory. It is afforded our attention because nothing sells a newspaper like the news that we are all going to imminently fry. Nobody ever made a career of saying there's not a problem. And certainly no research grants are forthcoming in such instances.

So we then have to look closely at what we are being asked to believe. Academics desperate for recognition and funding presenting a statistical model hashing together disparate data-sets with impure means of measuring, corrected by statistical manipulation, where the blanks are filled in with mathematical assumptions, which could very easily be wrong. There is more than enough scope for long and protracted arguments about the validity of such science. And that debate will rage for years. It is a highly politically charged, agenda driven debate, it is highly toxic and amounts to pedants and anoraks debating just how many angels can dance on the head of a pin. That is why I normally steer well clear of it.

But what inspired this post was the experience we have had just recently in the run up to the election. We have seen Doctors Ford and Goodwin become the go-to guys for the media about the rise of Ukip. That is all the media has talked about for months. They are both highly qualified, making a career for themselves and thus far have not turned down a newspaper column. They have institutional prestige, awards and further prestige afforded by the newspaper titles they write for. Their research is highly specific, very specialised and looks highly plausible because they have crunched the numbers a university has rubber stamped it. Who wouldn't believe them?

But like climate, in politics there are unknown variables and events. Events happen. Also, assumptions you thought were true turn out to be false - and then the research based on those assumptions falls like a house built on sand. And that is exactly what is happening as we see Ukips influence stagnating and collapsing. But the "scientists" still promote their narrative because until the election, they can take it to the bank.

Of course, both have now made their names, they hold prestige and will be able to adjust their language to never have to admit they were wrong - just like we went from "global warming" to "climate change" to what I now believe is called "climate disruption". That's the beauty of prestige. You can't ever be wrong and the media will let you get away with it.

That is not to say that the work of Ford and Goodwin is not without merit and has not contributed to the debate, but they were missing a few vital components from their original assumptions and thus their conclusions are highly questionable.

The truth of the matter is that scientists are just people same as the rest of us, who have egos, reputations to build, kids to feed, and agendas to push. They go further with prestige than without and so will put their names to pretty much anything if it pays the bills - same as freelance journalists occasionally have to swallow their dignity and write for the Daily Mail. Thus, to not be sceptical is is to deny the fallibility and corruptibility of humans. Of all the stupid beliefs a person could have, that is perhaps the stupidest.
Posted by Pete North at 21:27