Rebels without a clue 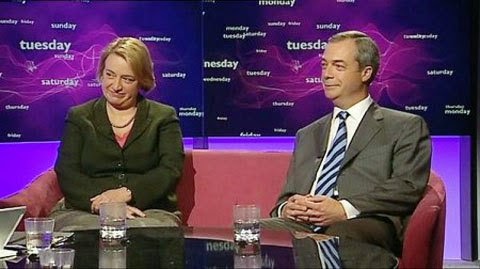 A halfway worthwhile piece (to a point) from Glen O'Hara appears in the Independent today. Something that hits very close to home. I disagree with his conclusion, but that is not relevant. What is relevant is that the upstart parties are popular because they speak in simple terms and offer easy  solutions to complex problems. O'Hara has it that the main parties should perhaps learn to speak their language. He is wrong. But he is right when he says things are complex.


If only, those parties say. If only the level of immigration was within the gift of the UK’s own government, whisper UKIP. If we had control of our own borders. If we didn’t have to listen to Brussels bureaucrats tying us in red tape. If only, murmur the Scottish National Party. If only we Scots governed ourselves. We could look after our own people in a way that those Conservatives in London just won’t let us. We could expel the Royal Navy’s Trident nuclear weapons system from our waters. We could become the Nordic social democracy that we are destined to be. If only, say the Greens. We’d do everything so differently. Invest in much more renewable energy. Bring in a wealth tax. Establish a basic income that would guarantee all citizens a decent standard of living, without all the complexities and waste of means testing. In one bound, we would be free!

Except that reality doesn’t work like that. Real choices and the actual practice of governance involve marginal trade-offs that involve using scarce resources for some purposes – and denying them to others. The actual economic programmes of these outsider parties crumble to dust as soon as one touches them.

This is something I have repeatedly blogged on. Details matter. Without them, you're just not worth taking seriously and now demolishing Ukip is a cottage industry. Where I part ways with O'Hara is here:


Were the UK actually to expel those European Union (EU) citizens busy supporting Britain’s economy, a UKIP government would soon be issuing visas to every skilled worker it could get its hands on. Leaving the EU itself would be an act of economic suicide that would divert trade, blockade the UK’s largest markets, hit inward investment, cripple collaborative research and lower productivity. No responsible Prime Minister, including David Cameron, could possibly advocate it.

Here we get the classic conflation between the EEA and the EU. We can leave the EU and stay in the single market and there are mechanisms at our disposal to make it beneficial to both the UK and the EU without losing influence and without harming trade. But because Ukip owns this issue (for now) and it does not see the need for Efta, or even a Brexit policy, it leaves the field wide open for the uninitiated and the ignorant to imagine what a sudden death Brexit would look like. The details mattered all along.

The boneheaded obstinacy and anti-intellectualism that rules the Ukip roost is precisely why our movement looks dead in the water. The only hope we have is to ensure Ukip is kicked back into obscurity before it does any more damage.
Posted by Pete North at 09:47