The Meh Party is in the lead 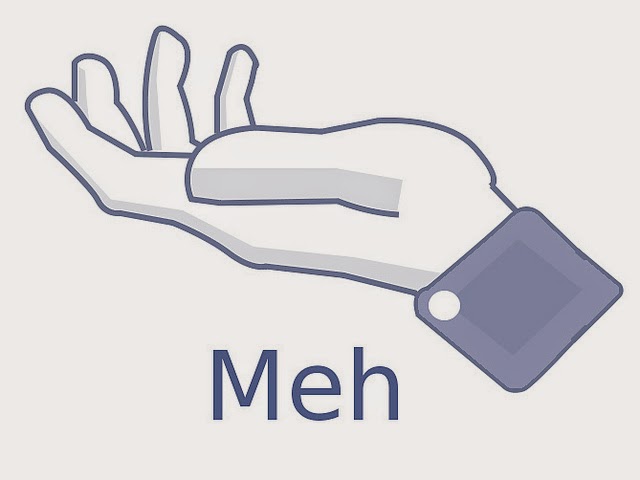 Readers will note I have not given much attention to the Green Party. There is good reason. I never had any doubt the Green Party would be a complete shambles, and despite the left's ability to present the illusion of a "Green surge" it was little more than a mid-campaign mirage. Anybody who did take it seriously was simply filling column inches to meet a deadline, and by doing so have surrendered any credibility.

Like Ukip, one should not look at the polls or the volume of media coverage and instead look at what it actually is: a rag bag of fantasists, malthusians, losers and economic illiterates. It is a left wing Ukip. The only difference is that it lacks a figurehead who is in any way presentable to the media.

More to the point I had no expectations or demands of the Green Party. As a Eurosceptic, like it or not, Ukip is the flag carrier for euroscepticism, thus I have demands and expectations of it and it has obligations it has utterly failed to live up to. Worse still, the overall incoherence of the eurosceptic movement is damaging the cause exactly as has always been said.

Looking at both parties under the spotlight we see equally incompetent tribes with no real understanding of the game they're playing, with little direction and little in the way of intellectual capital. Both were always going to fold under scrutiny sooner or later. All the number crunching and navel-gazing in the world is no substitute for stepping back and listening to the song they sing. And when you hear a discordant din, you can be sure you're looking at a party that isn't going anywhere.

Many column hectares have been filled with third rate hackery about the end of three party politics, but as the election approaches it's looking more like the two horse race it was always going to be. If it ends up another coalition, that will be less to do with the ideas of any one party but a lack of enthusiasm for the whole sorry lot of them - and the final result will be purely an accident of numbers. Doesn't say much for our democracy does it?
Posted by Pete North at 08:51