A sledgehammer to miss the nut 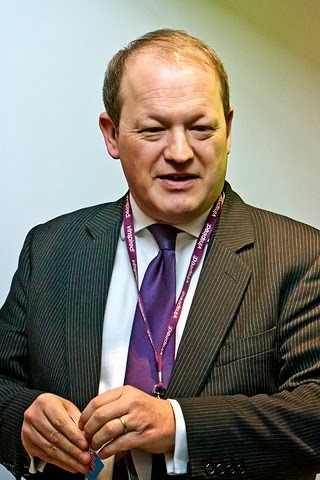 Rochdale’s MP Simon Danczuk has called on the Government to back a change to the law to ensure that front-line workers such as teachers and social workers have a legal duty to report suspicions of child abuse. Danczuk is one of the very few who has a real interest in understanding the issues at play. Most cherrypick the factoids that suit their party narratives and move onto something else, completely missing the point.

That said, I'm not encouraged by Danczuk's backing of this measure in that does not really get to the heart of the issue. If we zoom out of the more contentious issues found in Rochdale and Rotherham and look elsewhere, we see the findings of the Casey report reflected in local government and health throughout.

Authorities in missed 18 chances to save the life of a seven-year-old boy who died from severe head injuries after years of being sexually, physically and emotionally abused, a report has found. Blake Fowler, from Shirley, Southampton, allegedly suffered a catalogue of abuse before his death in December 2011, often arriving at school with bruises and once being admitted to hospital with a swollen penis.

In short, the system is not working. However many reports are made, it is futile if authorities do not act. We have seen that political correctness was the proximate issue in Rotherham, not the actual cause. Inter-agency co-operation is poor, local departments are hamstrung by central diktats and lack the necessary autonomy to manage their own systems and overall co-ordination is poor. And that's before we even begin to look at the systemic rot within the police.

Moreover, we have a payscale structure which is a deterrent to staying in the field. If senior practitioners want a payrise, they have to move into management. The structural issues are actually too many to list here, but the missing element is accountability and leadership.

Already we have seen highly paid executives and section heads diving for cover, running off to other authorities, collecting their obscene payoffs as they go. There is no consequence for failure, and in most cases, failure is rewarded. That is at the very heart of public sector dysfunction. It can't be blamed on cuts because it was this rotten when local authority budgets were never higher.

There are more intelligent means of rearranging social services too. Interestingly, a commenter on Councillor Simon Cooke's blog suggests the answer is the "Accountability Taxi-Rank".

Whenever a child is first identified as 'at risk', he/she is allocated to the next Social Worker in the line - that SW then takes full accountability for all support services and decisions related to that child, including up to any 'discharge' of that child's risk assessment. "No committees, no multi-agency arse-covering groups - one person acting in sole loco parentis for that child. Even on annual leave, the SW may delegate short-term responsibility to a deputy, but always retains overall accountability."

Of course, that is not to say that a multi-agency approach is not required, only that somebody has to be the driver and coordinator of it. A similar system is operated by Baltimore Homicide Police.

There are also IT issues where the monitoring and recording of activity is very poor because councils are forced to use systems imposed on them from the centre, rather than ones that work. Records can and do go missing, but the overpaid IT contractors never face prosecution or liability either.

In short, it's a mess top to bottom, and more reporting requirements will not solve the problem. If anything, a legal compulsion placed on teachers and social workers will make them overly cautious, increasing the workload of social services, without making them any more effective - and in many cases further damaging their reputation with spurious investigations. I'm also not the first to remark that more reporting will not necessarily lead to more action. Reporting was never the problem in Rotherham, nor was it in Southampton or Mid-Staffordshire NHS.

Simon Danczuk s probably all too aware of this, but this does smell like a case of being seen to be doing something rather than actually doing something, and is in fact a sticking plaster for a gaping wound. It is timid tinkering when what we really need is a total revolution in local government, not least breaking up our mega-corporate councils. Whatever efficiencies they accomplish through economies of  scale are nullified by bureaucratic inertia - and their idea of efficient is what is convenient to them, rather than what best serves the public. The Casey report branded Rotherham council as not fit for purpose. But if that is true of Rotherham, then it is true of all of them.
Posted by Pete North at 07:16