The déformation professionnelle of Matthew Goodwin 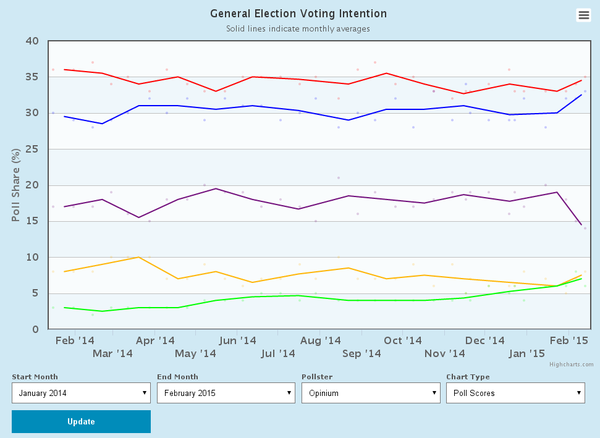 Great sage Matthew Goodwin is making a nice living for himself promoting his half formed boilerplate speculation about Ukip. If ever there was a textbook case of Déformation professionnelle, it is he, writing in the Financial Times. It deserves a good fisking.

First off the bat, Goodwin asserts:


"Insurgent parties are the known unknowns of the next election. Last week one of them, the UK Independence party, launched its campaign on a fading esplanade in the Conservative-held seat of Castle Point. “Believe in Britain” was how Nigel Farage chose to summarise his pitch to voters — but just as telling was the place where he chose to say them. Far away from Westminster, this working-class constituency is in Ukip’s emerging Essex heartland and has a long tradition of revolts against the establishment."


At the last election an independent came second, with 27 per cent of the vote. Now, the unafilliated Canvey Island independents who have 16 seats on Castle Point borough council have pledged their allegiance to Ukip’s candidate, a local timber merchant. Twelve months ago, few believed Ukip could win a single seat in the general election. But now there are half a dozen constituencies like Castle Point, which seem to be Mr Farage’s for the taking.

Course if we look at this particular campaign event we see just exactly how flat it has fallen. It was yet another confirmation that Ukip has no substance. We were left wondering what the point was. No manifesto was released, no new policy agenda announced and there was nothing to take away from it apart from yet another wafting Farage speech. Certainly nothing new was put on the table - and nothing with the potential to break Ukip out of its miserable cul-de-sac. The choice of location confirms this with Ukip playing to their home crowd and solidifying their somewhat flimsy base. And still, no serious analyst predicts more than five Ukip seats at best.

In part, that reflects how well Mr Farage has forged an affinity with a disaffected group of “left behind” Britons — primarily white- or blue-collar workers who are middle-aged or older and typically have few qualifications and little prospect of earning much more than £25,000. But it is also a mark of the ineptitude with which the two main parties have fought back against the radical right revolt.

The Conservatives initially derided Mr Farage and his party as an amateur gang of clowns and closet racists. The strategy was to mock Ukip and its supporters out of existence. Neither David Cameron nor the band of modernisers that surrounds the prime minister had understood the power of traditional social conservatism, and the intensity of anger among its most ardent followers.

What Goodwin calls the "left behind" is merely a polite way of saying "loser". That is the clan the Ukip message is pitched at and that is why a godforsaken hole was chosen for Farage's non-event. But here we get to the meat of the issue. It is not merely the "two main parties" ridiculing Ukip. It's everyone. Ukip is the butt of every joke, with Ukip hashtags trending on Twitter - and it has been sliding in the polls since Christmas after a serious of disastrous unforced errors.

The point missed by Goodwin is that "traditional social conservatism" doesn't actually have that much traction. The swing against the main parties at the euro-elections was less than three per cent if I recall, and all Ukip managed to do was use the force of its exposure to cannibalise the BNP and English Democrat vote, which was going nowhere. That has been the only success of Ukip, if one can really say that leading the party into a cul-de-sac with no possibility of breaking through the demographic glass-ceiling as a success. Goodwin continues:

Rather than underestimating Farage, the main parties have overestimate both him and Ukip. They, like Goodwin have mistaken volume of media noise for public support. They are independent variables. As we have remarked on this blog, it doesn't take much to predict what will happen if you view Ukip for what it is rather than what it pretends to be. Ukip thinks they are the voice of the underrepresented masses. Many genuinely believe it is representative of the whole of the working class. But the working class socially conservative demographic Ukip appeals to barely exists as a political force now. We have reached peak Ukip, it has been given enough media rope to hang itself and is now obliging in every conceivable way.

As per the illustration above, we see all parties doing better, except for Ukip. This was wholly inevitable. And so was the reversion to two-party politics closer to the election. Few of old Ukip could countenance the idea of Miliband as PM and everybody on the left is keen to avoid another Tory government. That is why the Referendum party support dropped off at the last minute in 1997.

Goodwin points to the fact that Cameron’s ratings among the voters most hostile to the EU and immigration have slumped - but this ignores the fact overall anti-EU sentiment is falling, with more and more starting to buy into the Tory renegotiation meme. The Tory strategy is working and in fact, the migration of the Ukipsts from the Tories makes them more electable without. The renegotiation deception is working and so is the relentless lampoonery. In fact, it is so well established that Ukip is a ridiculous entity, Ukip largely does the work for them every time they open their mouths. Continuing with this theme Goodwin asserts:

Labour’s response has been no better, passing slowly from complacency to denial and then misdiagnosis. Strategists on the centre-left should have looked to mainland Europe, where radical right parties have been devastatingly effective in the socialist heartlands. Only in the local and European elections of 2014, when it became clear that Ukip could appeal to centre-left voters too, did Labour take action.

Even then, the party wilfully ignored the social and cultural tinge to voters’ complaints, instead imagining that they could be bought off with talk about a living wage. To voters mainly concerned about the social effects of immigration, Mr Farage’s story about a loss of national identity was far more compelling.

Firstly, we have to dispense with the notion that our local elections mean much of a damn or that our left has much in common with mainland Europe. At best they are a national opinion poll on the incumbent government and have traditionally low turnouts. It is viewed by most as an inconsequential vote where a protest vote can be spare, and there is a similar dynamic with euro-polls as well. The appeal of Ukip to what Goodwin asserts is the "centre-left" is more an appeal to old Labour in the North.

It was done very deliberately by adopting the rhetoric and the message that had worked well for the BNP, not least with those ridiculous immigration posters. It did the trick in that it did, as expected, capture the BNP vote, but it did not do much to improve the overall appeal of Ukip. All it did was ensure the "left behind" losers on the left and right were now united behind Ukip. Ever since, it has maintained that rhetoric, and that is why it can't broaden its appeal, and that's also why it is is gradually losing support. It has the strong whiff of BNP about it. Precisely as this blog predicted. Goodwin concludes:

The trouble for both parties is that they have misunderstood what Ukip is and what it represents. Like populist radical right parties in continental Europe, the party is thriving in the rift between those who are broadly at ease with diversity and those who feel culturally threatened. Last week Mr Farage claimed that people do not vote for his party for its policies so much as “because they see us as honest, straight-talking and sounding like them”. It was not a protest vote, he insisted, but a “a state of mind”. By the time the election is over, we might discover that it is one many Britons share.

The trouble for Goodwin is that he has misunderstood what Ukip is and what it represents. It is a cult of losers, for losers. It must also be noted that Goodwin's narrative is out of date. The party is not thriving, nor is it growing. It shows no sign of professionalising in any useful sense, nor does it have the strategic acumen to capitalise on the gains it has made, and rather than putting its representatives to work, they are merely placeholder for a party concentrating on bums on seats, rather than scoring any real political victories.

Like a rabbit caught in headlights Goodwin really does think Farage's pub-bore rhetoric has the power to capture the imagination of the masses. This is the mistake both he and Farage makes. A lofty misreading of the public - that we are stupid enough to fall for the empty rhetoric of Nigel Farage. He has mistaken Ukip for a political party that will behave like a political party and strategise like one. Such is beyond the capacity of Farage and his entourage. It will do whatever Farage thinks is best based on his whim. The reason the main parties and other strategists get it so wrong is because they take men like Goodwin seriously and believe the party has any leadership or intelligent direction.

Here we have another example of what is badly wrong with modern media. Some pillock writes a semi-plausible book, the London political circle-jerkers hand them awards (plaques for hacks) and then they become the go-to scribe for quick and lazy narratives. Because they then have people telling them how clever they are, they stop re-evaluating the evidence and instead make a living from rehashing the same assumptions for years on end.

Matt Goodwin is a prize example of Déformation professionnelle, and I'm afraid he really doesn't know what he's talking about. His rune reading may well play out in statistical models but he has no real instinct for politics.
Posted by Pete North at 14:07