Chris Grayling, the Justice Secretary, could be dragged into a messy legal battle after a Muslim family demanded that a “non-believer” who was buried next to their relation be exhumed for religious reasons. "Islamic religious authorities say that it is forbidden for non-Muslims to be buried alongside Muslims under normal circumstances."

They neglect to say which authorities. I can't really glean too much from this but this is a non-denominational graveyard - thus no real right to complain. If this really is an issue, a city like Leicester should have a policy on it - but what I really suspect is that this is a political challenge by Islamists, testing the water in the same way that radical feminists or "anti-racists" do on university campuses.

One would expect and demand a robust and principled stance from the council. This is precisely grounds on which there cannot be any cultural retreat. We can't be exhuming corpses. A council capitulating to this kind of test would be surrendering to a political agenda - which would be damaging and provoke an EDL/Ukip response who will blame all UK Muslims, essentially for the cowardice of the council and the bigotry of the Islamists in question.

Many would leap to the conclusion that this is textbook example of "multiculturalism" in action. I would not agree. What it looks like is a council taking the path of least resistance and taking the course of action that will create the least difficulty for them, regardless of who is short-changed, irrespective of the graver consequences. That is the recurrent theme in all local government and public sector failure. It just so happens that Islamists and other bigots are the chief beneficiaries of this toxic brew of corporate moral cowardice and idleness. And the failure is never theirs. That is why we see news like this... 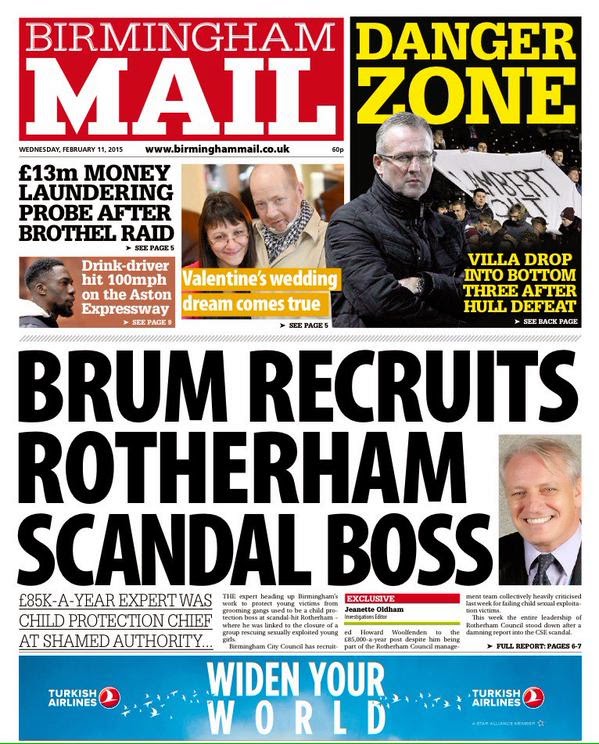 UPDATE: The Telegraph is now reporting that the body will not be exhumed. Mr Smith’s family say they were warned by Burbage Parish Council that exhumation was one possibility, though the council now denies this was ever discussed. Difficult to know what to make of that since councils are habitual liars. But it's also entirely possible the Telegraph blew a non-story out of proportion having not properly followed up on the it. Place your bets now folks!
Posted by Pete North at 09:52