Who will spare us from the remembrance industry? 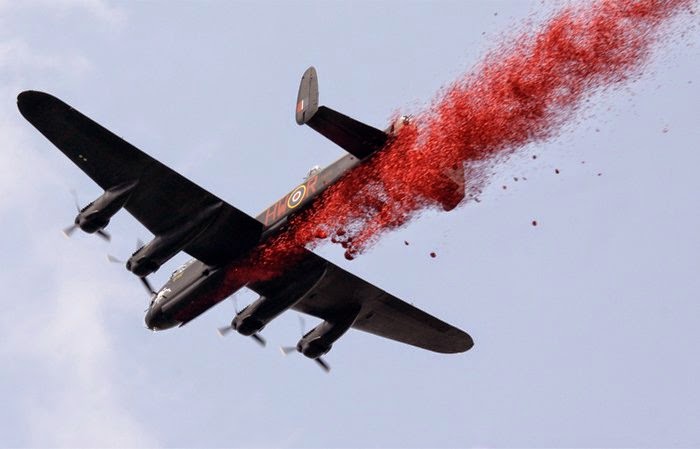 We have just witnessed the 70th anniversary of the Normandy Landings where the remembrance parade was a beach assault almost on the scale of Omaha Beach itself, featuring re-enactments, sermons and flypasts. I expect by the 100th anniversary of the landings we shall have landing craft carrying brigades of professional mourners to storm the beaches, while self-serving politicians leap from DC3s to offer their boilerplate platitudes.

As bad as that is, today we are to be treated to a stunt as fatuous as Earth Hour, where every household in Britain will be asked to turn out the lights between 10pm and 11pm to mark the centenary of the First World War. This in tandem with "artist" Paul Cummins and designer Tom Piper who have produced a “staggering” installation of red ceramic poppies in the dry moat of the Tower of London. The installation is titled “Blood Swept Lands and Seas of Red” consists of 888,246 red ceramic poppies - each one representing a British or Colonial fatality during the Great War. This is crass.

What should be a solemn and personal reflection has become an excuse for large scale self-congratulatory jamborees, where the larger the scale, the more heartfelt the sentiment. This is what children do when very often they wear two poppies and a wristband to demonstrate their solemnness.

This certainly isn't the first crass gesture of its type. Above, pictured, is the Lancaster from the Battle of Britain Memorial Flight, spraying poppies from its bomb-bay over crowds of misty-eyed onlookers. To me, it looks like the thing is spraying blood all over London, which would actually be more appropriate since the Lancaster was one of the original Weapons of Mass Destruction.

While we indulgently prate about the horrors of collateral damage in modern warfare (myself included), we forget that once we sent a thousand of these aircraft over German cities every single night to dump their deadly cargo on civilian populations. These were neither brave nor honourable acts - and they amount to mass murder.

We like to think we did away with the "big push" mentality of World War One, but in World War Two we simply moved that same thinking into the skies. The US 8th Army Air Force doing by day what Bomber Command did by night. A bloody and pointless slaughter, and it's nothing to celebrate.

What we're seeing is the Dianafication of remembrance, where a whole multi-million pound industry has grown up around these self-indulgent parades, using veterans as wallpaper for their ceremonial grandstanding, pinning medals to the chest of Third Engineer Tommy Simkins, who arrived in the fourth wave of  landings and spent the whole of the Normandy campaign cleaning out carburetors from broken-down Willys Jeeps. Behold the hero of the hour!

This sentimentality cheapens remembrance and glorifies war. Remembrance ought to be a solemn reflection on the atrocities we commit as a nation, and as a species, and grand gestures are not the height of respect. They are narcissistic and self-serving.

To honour the memory properly we must do so in our every day actions, and in opposing politicians ever keen for more war. The sabre-rattling of David Cameron ought to be a stark reminder that history repeats. What you say and do in response to this matters more to the fallen than a even a billion poppies raining from the sky.
Posted by Pete North at 03:54