Israel: They still don't get it 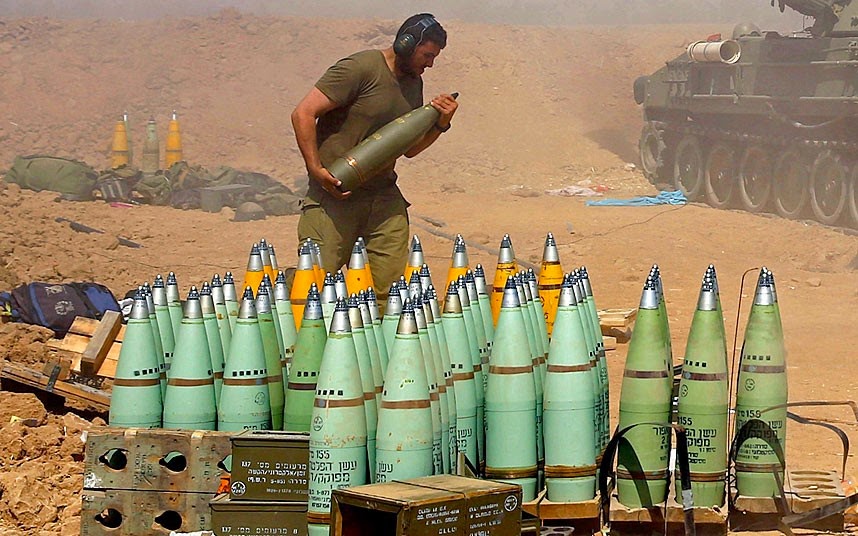 I've had an interesting comment from a reader in response to my criticism of Israel's choice of munitions during Operation Protective Edge:


There are a great many sites out there proclaiming the death, or at least curtailment of the usefulness of precision weapons, based on protective edge. A "precision warhead" that only destroys a specific room is useless for counter battery fire in a Gaza Situation. The Gazan Army has already learnt it can store rockets in one room, personnel in a second and the launcher in a third.

A 30 second delay on the launch and even an immediate counter with a small precision weapon does nothing but destroy a bit of welded iron, the "launcher". If you arent prepared to shell the surrounding area you are unlikely to kill the crew or destroy unfired munitions, making the entire exercise pointless.

Israel appears to have had no success in its attempts to suppress rocket fire on the tactical level, if the IDF has been deploying a grid square removal system, the US blogging arena has entirely missed it, commenting at great length on what the IDFs inability to suppress the GDFs rocket artillery means for the USMCs amphibious assault doctrine.

I have argued that Israel can and should be operating an intelligence lead security operation rather than launching these big set-piece military incursions. I am of the view that they are needless bloody, expensive and counter-productive in winning the PR war. What reader "TrT" is suggesting is that small precision weapons are not enough to do a proper job of taking out a launch site. I have some sympathy with that view.

We do know that Israel did drop leaflets and use various techniques to warn civilians that an area was to be targeted for "grid square removal".  What these overly sanitised term really means is shelling the bejesus out of a block of flats to ensure that the launchers, the munitions and the terrorists are all taken care of in one hit. Fair enough, you might say.

But it isn't just the body count that matters. For every apartment block that is shelled into a pile of rubble, you create a hundred or so more refugees and homeless. Further to this, if Hamas has been told by the IDF where it is to strike, then they will go out of their way to make sure it produces dead baby pictures, because the Left will obligingly tweet them around the world.

The secondary effect is that the newspapers carry dramatic shots of black smoke clouds over Gaza, and whatever the rationale, a black smoke cloud is a black smoke cloud. If you wanted a sure fire method of losing the propaganda war, this is it. The bottom line is that artillery will turn public opinion against you and will result in further juvenile claims of "genocide" by idle hacks and idiot leftists. If precision guided weaponry doesn't work then more resources need to go into the defence shield to render rocket-fire completely fruitless.

But again I keep having to remind people that Israel can pick the time and place of battle, and has known about the tunnel network for a long time. These things don't pop up overnight. The best way of stopping the rocket-fire is to ensure Hamas have no rockets to fire in the first place. Why was the tunnel network not destroyed sooner? Why is it not a permanent security operation to ensure they do not re-open? And why has Israel waited until now to make a massive meal of it?

More to the point, after all this media noise and grief there is every chance we will be here again. I suspect this for the same reason you do. This isn't the first time the IDF has set about stopping rocket fire for good. And how well did that do?

It's very much looking like there is no conventional military solution and Israel is going to have to work with its neighbours and build alliances to cut off Hamas's funds, and increase their efforts to stop Hamas getting rockets in the first place. This starts with the tunnels - and with geospatial analysis and exploratory combat engineering there are few excuses for a similar operation next time around. Artillery may get the job done, but the answer is to ensure that particular job doesn't need doing at all.