A display of wilful ignorance 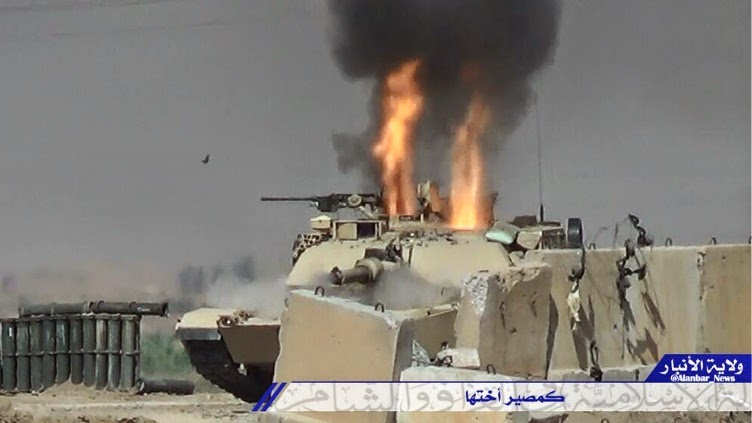 "When President Obama announced US airstrikes in Iraq, most observers understood that the US would be bombing members of ISIS. What many did not know was that, in a twist of such bitterly symbolic irony that it could only occur in the Middle East, the US would also be bombing hundreds of millions of dollars worth of American military equipment." says Max Fisher.

This is a rag bag of the usual lazy assumptions made by Western hacks whose ignorance of military equipment is profound. Firstly, neither Fisher nor I know exactly what the US will target. The nature of "show of force" flights means that very little needs to be targeted to create a deterrent.

Fisher then asserts that "When ISIS invaded northern Iraq from Syria in June, the Iraqi forces deserted or retreated en masse. Many of them abandoned their American equipment. ISIS scooped it up themselves and are now using it to rampage across Iraq, seizing whole cities, terrorizing minorities, and finally pushing into even once-secure Kurdish territory. All with shiny American military equipment."

The problem here is that the "shiny American military equipment" is actually severely restricted or downgraded and thus inferior. The tanks we handed over were reconditioned M1 Abrams which were stripped of their armour - and that's why the Iraqi army has lost many of them in combat, whereas a current US version would not have the same vulnerabilities. Further to this, there is a lack of maintenance and engineering expertise to keep all this stuff running so much of it is useless. Iraq has been given AT6 aircraft which are perfect for swatting ISIS, but they have no rocket or gun pods. We have been very careful to construct a paper tiger, but nothing that would pose any great threat to us if we had to go back in. What we did was make Iraq a client state, forcing them to buy Western military equipment, but nothing that sophisticated. The bulk of the Iraqi army is still made up of Russian Soviet era vehicles.

The hyperbole doesn't come over too well either. "Millions of dollars" worth of American weapons sounds like a big deal, but in reality, millions of dollars doesn't really buy you all that much.Fisher also seeks to blame the US for not supporting the lesser funded rebels in Syria fearing weapons would fall into the hands of ISIS. This assumes Syria has been unfolding in a political vacuum. It has not. Russia has its own agenda there too and we could not afford to make it a proxy war, because we did that in Lebanon and ended up arming jihadists with Stinger anti-aircraft missiles and flooding the international black market with brand new M16s, further financing jihadists. If the US made the call that the weaker rebels would have been defeated by ISIS then that was probably the first smart move the US has made in a long time. But it doesn't look that way.This is one of those glib narrative articles I do so detest because while it sounds superficially plausible it is not evidenced by anything concrete. Again, it stems from a willful refusal by these amateurish hacks to understand military equipment. If Fisher is right, then it is more through luck than by judgement. But he will never know because he won't bother to find out.
Posted by Pete North at 05:14