The world needs feminism. But not Western feminism. 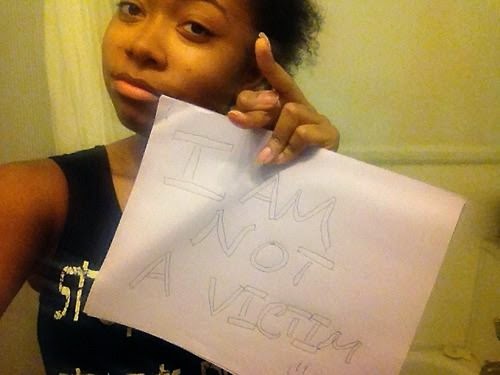 A worthy article in response to a group calling themselves Women Against Feminism (WAF) appears here. I have been following the WAF Facebook page and rather enjoying it. Feminism as we know it has become a movement of shrillness and irrationality that manufactures divisions where they no longer exist. In fact WAF is very much a backlash against it, and a timely one too. But here's the thing...


The year is 2014. You are a white Western woman. You wake up in the morning in a comfortably sized house or flat. You have a full or part-time job that enables you to pay your rent or mortgage. You have been to school and maybe even college or university as well. You can read and write and count. You own a car or have a driver’s licence. You have enough money in your own bank account to feed and clothe yourself. You have access to the Internet. You can vote. You have a boyfriend or girlfriend of your choosing, who you can also marry if you want to, and raise a family with. You walk down the street wearing whatever you feel like wearing. You can go to bars and clubs and sleep with whomever you want. Your world is full of freedom and possibility.

Few would argue that this could not have happened without feminism. It is true that World War Two opened up many doors as women took to the factories and started earning for themselves, but the road to emancipation has been a much longer one. The article then goes on to detail women's issues around the world where women have no such rights, and that is why, it argues, that we still need feminism. We don't.

What we we're looking at here is not women's issues, but more profound human rights and third world governance issues - because in these nations it's no barrel of laughs for men either. And so this is wristband feminism, pushed by cultural supremacists who use NGOs and the UN as a means to push their patronising agendas, very often resulting in the sort of braindead interventionism that is so hugely damaging to our efforts to extend freedom and human rights to all.

Take Afghanistan for example. The Department for International Development (DfID) took women and girls off the fields and put them into schools, and as part of its drive to promote ''gender equality'' for Afghan women, built a ''park for women'', complete with a Ferris wheel.

Meanwhile the UN reported that eight years after the overthrow of the Taliban in 2001, the plight of women in the country was 'in decline', with a marked increase in rape and acts of violence against them. And the women of Lashkar Gah are reluctant to use their new park with its Ferris wheel, for fear it will be mined by the Taliban. This is the kind of retaliatory action we see in response to well intentioned tinkering. Take the women and kids off the fields and you insult their culture and hit them in the wallet.


This kind of feminism assumes third world women are not as strong as Western women and require Western benefactors to liberate them. They don't. If there is a battle for emancipation it must be their fight and their struggle. Western women liberated themselves - and they must as well.
Posted by Pete North at 09:47