What's at the heart of Britain's foreign policy confusion? 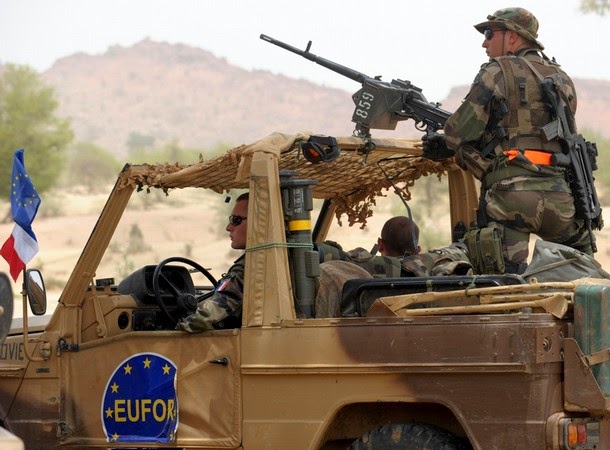 
"an act of violence driven not by clear geopolitical interests but by the utter failure of modern Western governments to work out what their geopolitical interests are, and to act accordingly. In the rubble of various compounds and airfields in Libya, we can spy the incoherence of the Western political elites, and their elevation of the reckless, narcissistic politics of short-term gain over anything resembling a strategy or aim."

Readers of this blog will know I am quite fond of picking holes in O'Neill's work because he's one of those journalists who is very often nearly right, but too often omits critical detail that undermines his case. Specifically, when he was referring to the Ukraine EU Association Agreement as "trade deal".

This irks me especially since it was a grotesque understatement given that it covered everything from electoral procedure to air-space over the Crimea (and a certain Russian naval port). It was some months later when Spiked finally got with the programme and offered this from Tara McCormack, which surrounds the issue nicely.

He is also one of those people who uses the term "plane" in place of "aircraft". Now this seems like an unnecessarily pedantic attitude but such abbreviated terms like "trade deal" and "plane" actually betray a certain lack of care for technicality and detail. I expect it from our so-called mainstream media, but where O'Neill is concerned, I expect and demand slightly better - because it matters.

That said, if you read the above piece on Libya, you will be hard pressed to disagree. Every word is golden. Whichever angle you take, you cannot escape his conclusion. Western foreign policy is in complete disarray.

However, there is a certain reason to this insanity, and again, as I have outlined here, a knowledge of military affairs can come in handy in any such assessments. If you want to know what our foreign policy is, look at the toys we buy - and the mess that is our procurement policy.

Before we became embroiled in Iraq and Afghanistan, our military spending priorities were very much in line with EU integration and our entire forces were being reshaped to become an interventionist EU rapid reaction force.

The RAF were to have the Airbus A400M, a big, expensive composite beast, costing ten times what an aircraft of its type should, designed to carry lightweight (and useless) military vehicles, modular in nature, and interchangeable with other EU assets. They were all to be guided and directed by the Galileo GPS rival, less-than-ably supported by the single European fighter-bomber, aka Typhoon. Unwittingly we gradually blundered into EU defence co-operation which sucked up all the money.

Having decided that Iraq and Afghanistan were short term blips of foreign policy, little was done to dissuade the MoD from pursuing the rapid reaction force procurement programme. Then, forced by the deterioration in Iraq, we were to order US compatible kit and more robust IED protected vehicles. The NATO/US alliance momentarily became more important than "ever closer union".

One would now expect to drift back into the mode of EU co-operation, but we now find ourselves provoking Russia into reigniting the cold war, having dispensed with the facility to build tanks and things that are actually useful. Now we need to hide under Americas skirt once more. The EU rapid reaction force must wait.

Meanwhile, divorced from all this, the Royal Navy is being reshaped for window dressing and  "national prestige" purposes so as to pretend we are a still an independent nation, capable of looking after our own interests, as we did in the Falklands. Consequently we've spent a billion quid each on our new destroyers, and six billion on a totally useless aircraft carrier, which will be operational long before the aircraft it was designed for are even remotely safe to fly. And because that wasn't a dumb enough idea, we bought two of them.

Because none of this procurement happens in a hurry, and each administration having its own direction, we find ourselves with a muddled array of equipment, each a monument to the confusion that infects every other part British governance.

Here we are essentially straddling three horses with our foreign policy. We are dithering and drifting as we fail to make our minds up between being the fig-leaf for American imperialism, a bit part of a federal Europe or, god forbid, an independent sovereign nation. We seem to want all three.

As much as it is all that O'Neill says it is, there exists a schism, whereby Britain needs to make up its mind. Who are we, where are we going, and what are we about? I'm sure O'Neill would agree that this confusion is not strictly limited to our foreign policy and our blundering on the world stage. We have a national identity crisis - and our catastrophic meddling is but a symptom of that disease.
Posted by Pete North at 18:51