Making sense of our attitudes to Ukraine 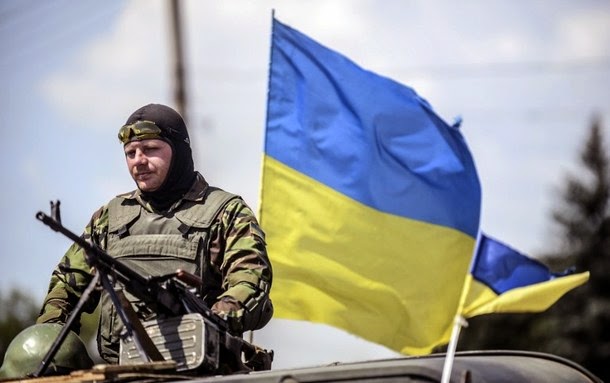 Some have rightly pointed out that collectively our attention has been sucked in almost entirely, and hypocritically, on to the matter of Gaza, while an equally bloody slow burn civil war simmers on the EUs own doorstep. Why? There are many reasons. But chiefly, the Middle East conflict is interesting.

It has all the elements of an classic saga where we can transfer our own values upon the conflict. Yes it is a form of narcissism, it is wholly selective, and it is a totally a natural thing to do. Inconsistency and hypocrisy are part of the human condition from which nobody is immune.

If you looked at this blog with any great scrutiny you see me apparently making excuses for Western interventions, while making extra time to heap condemnation on the IDF. As a point of order, these are all issues derived from watching the disasters in Iraq and Afghanistan unfold, as we watched our forces score every own goal possible. Nothing I have said about the conduct of the IDF was not also said about the British Army.

The West, and in that I include Israel to some extent, is fighting twenty first century wars with cold war tactics, having manifestly failed to learn the lessons from every single engagement since Vietnam. It is why vast and powerful armies keep losing to rag-bag amateur outfits who run rings around them with less than a tenth of their resources.

It's natural to get sucked into the Gaza conflict because it's something we all know something about. We understand its origins, we've rehearsed the arguments, and it's an unsolvable puzzle that everyone likes to have a crack at. Having a degree of technical knowledge, it's an opportunity to test out theories and ideas, and that is part of the understanding process. But Ukraine is something different.

With the Middle East conflict you can take a choice as to who the bad guys are. Or you can say all are bad for various reasons. But with Ukraine, all are bad, all are guilty - but why, and of what, are much more complex questions. It is a brave soul who goes wading into that mess.

The narrative is split. On the one side, the blame lies with the EU. As the story unfolds, the EU, particularly German diplomatic staff were the forces behind the regime change once Ukraine declined to sign the association agreement that makes Ukraine a candidate member of the EU. Having changed the government to a more co-operative one, the EU then sought to bounce Ukraine into the agreement as quickly as possible, which as far as the Russians were concerned was an annexation of Ukraine and Russia's only warm water port. The association agreement included matters such as airspace over Sevastopol which is an intolerable position for Russia. And so Russia acted to preserve its own interests.

From that moment on the mainstream conservative view was that Russia was a military aggressor, interfering with a notionally sovereign state. That the EU had enacted regime change upon Ukraine has largely escaped the likes of David Cameron and William Hague. So much so that the very suggestion that this conflict is largely precipitated by EU imperialism invites disgust and condemnation. It is that far beyond their comprehension. The bubble mentality at work.

So satisfied with their interpretation, and having realised that the EU has neither the military capability or the political will to put its money where its mouth has been, it has sucked in the United States who have imposed their own narratives and their own agendas, which of course include a missile shield in Eastern Europe, unable to shift their mentality from Cold War dynamics.

Naturally this has caused some discomfort in Russian quarters, not in any way reassured by unfounded innuendo that Russia had involvement in the shooting down of MH17. The suggestion is that Russia supplied the missile launcher to Russian separatists, but in reality, it could have come from anywhere.

If you were to take a drive through former Eastern Block countries you will see the countryside is littered with Soviet military assets and being it agricultural in terms of technology levels, much of it is very easily pressed back into service. Russia has no more idea how much of this equipment has fallen into private hands than anybody else.

But the suggestion of Russian involvement serves the Wests own agenda and so it has been nicely incorporated into the narrative, and now that David Cameron has dispatched RAF Typhoons to Estonia. We are back to the war games and sabre-rattling of old as Putin orders military deployments along the border in response. And could you blame him with the US now reversing the decision to draw down USAF assets based at RAF Lakenheath and Mildenhall?

It does mean aviation geeks such as myself will have fun watching American jets swoosh around the countryside as they once did in the 1980's, but that is a very thin silver lining as we slide back into one of the most destructive and wasteful stand-offs the world has ever known. Meanwhile our generals and wing commanders are gleefully flicking through the Jane's book of expensive toys and sending their wishlists into the MoD.

In this I am reminded of the O'Neill quote in yesterday's post: "In the rubble of various compounds and airfields in Libya, we can spy the incoherence of the Western political elites, and their elevation of the reckless, narcissistic politics of short-term gain over anything resembling a strategy or aim"

Not at any point had the EU thought through the consequences of ripping Ukraine out of the Russian sphere of influence, it had made no military contingency and had not ever considered the possibility of building bridges with Russia. They had their own craven expansionist agenda and everything bends to serve that end.

At this point it becomes all the more perplexing that Gaza sucks up so much attention, when as far as sagas go, the Ukraine crisis is actually much more entertaining, much more deadly and with potentially devastating geopolitical implications.

But that is not to say Russia is entirely innocent either. Russia has its own regional agenda, which is  certainly incompatible with the EU's, and it cannot be said that Russia was not also stirring the pot behind the scenes as downtown Kiev was torn apart by rioters.

Just to muddy the waters, Ukraine is hardly an innocent bystander in this either. It is a melting pot of communists, fascists, gangsters and thieves, each playing both sides against the middle. Lord Jesus Christ alone knows the exact dynamics therein. We see wheels within wheels, agenda and counter agenda - and if you think you know what's going on, think again.

Unlike Gaza, we can't be entirely sure who is doing what to whom, not least because the media isn't interested, but we would still be no better informed if it were. From Gaza we get big sexy explosions, but from Ukraine we get pictures we cannot possibly comprehend and get no easily decipherable narrative from which to decide whose side to take.

What we do know is that things are about to get messy. Ukrainian forces are about to battle Russian separatists to the death. We know little about the strength of their forces, we do not know exactly whose support in Russia they have, and we could be in for some nasty surprises. They will undoubtedly do some very bad things and so will Ukrainian forces - mostly likely without the scrutiny applied to the IDF and its conduct in battle. Beyond that, we know little and thus entrust it to journalism, because there aren't enough hours in the day to make sense of the world and make a living.

This will not be the same high profile, high intensity battle as Gaza. It will be likely a slow burn conflict peppered with notable incidents, but little that will stir our apathetic media. But as I have remarked, direct comparisons between different theatres of war are not helpful. Humanity is inconsistent to say the least, but when it comes to war there are few, if any, transferable rules and each scenario must be analysed according to its own properties.

The outrage from Gaza in my view is entirely justifiable in that a trapped people are subjected to a counter-terrorism campaign that makes little distinction between terrorist and civilian. In geopolitics it is an entirely unique scenario, whereas Ukrainians are free to clear out of the way and let the fighters do the fighting if they so choose. The distinctions are not slight. As far as the fighting goes, it's a pretty bog standard post-Communist era civil war. The pace of events will dictate the media priority and we will dance to their tune.

Essentially our attitudes are affected by being in thrall to our media. We heavily rely on it to inform and entertain us when very often it does neither. We are as much a sucker for brand prestige in media as we are with the clothes we wear and the cars we drive. Just ask any independent blogger. You could run two identical articles side by side, one on an independent blog, one in the Telegraph and the vast majority will always circulate the mainstream link on social media.

It is we who allow the mainstream media to set the agenda - and it is they who control the narrative. Their lack of care for accuracy feeds back into the diplomatic narrative and our predicament drifts into a self-fulfilling prophecy. And that is how we end up at war.

People are besieged by the media they read, and cannot will themselves out of their lazy media consumption habits. I have switched off from television as a medium, I try very hard to break my British newspaper habit, but even still, I do not live in a vacuum and the mainstream media narrative still leaks in. It is unavoidable. I am not so much of an optimist so to believe this will change in any great hurry, but I am certain the solution starts with you and me... 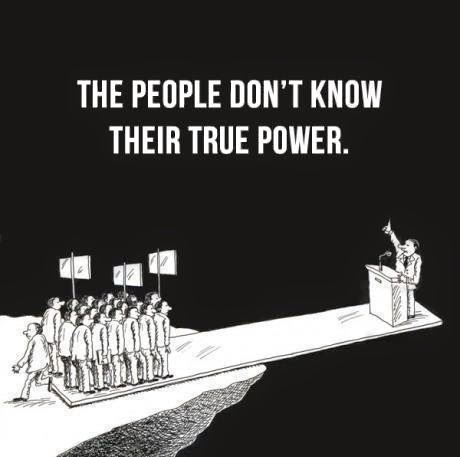