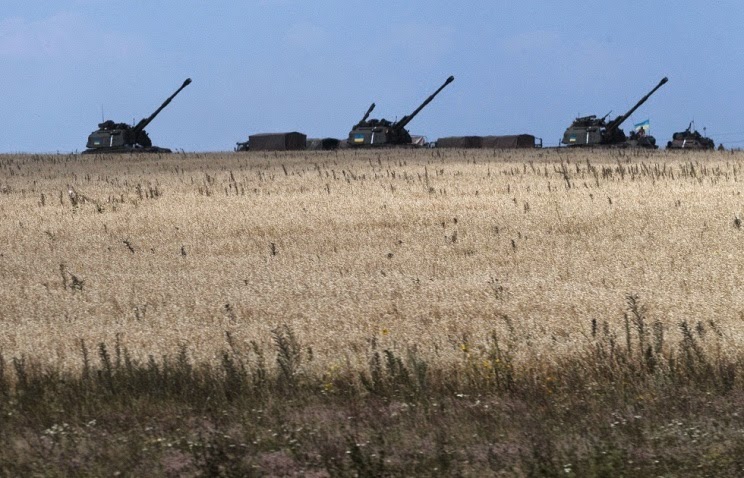 While we're on the subject of meaningless comparisons, many will be asking where the outrage is at the Ukrainian use of heavy artillery. In this case a modern variant of the S219 Msta.

The first and most obvious question is what is the target? Then we have to ask what rounds are being fired, and unlike the Gaza scenario, can Ukraine pick the time and place of battle? Finally, what are the alternatives?

We know that Ukrainian UAV and surveillance technology is nowhere near as sophisticated as that of Israel, and up to the present the question of direct Russian involvement has been open to interpretation. Thus the West has had questions of escalation to consider before lending material support to the battle.

Given today's escalation of events where we see modern Russian equipment in the hands of separatists, there are now very serious concerns that Ukraine is sliding toward all out war - and it appears that we have nothing even approaching a policy on the matter.

Bur neither the Telegraph or the Guardian see fit to wade into these questions since they both presently lead with the break in the Gaza ceasefire, with not a peep about Ukraine. That is just as well since Con Coughlin is what they consider expertise. We are better off without their input.
Posted by Pete North at 08:37