What kind of intervention are we talking about? 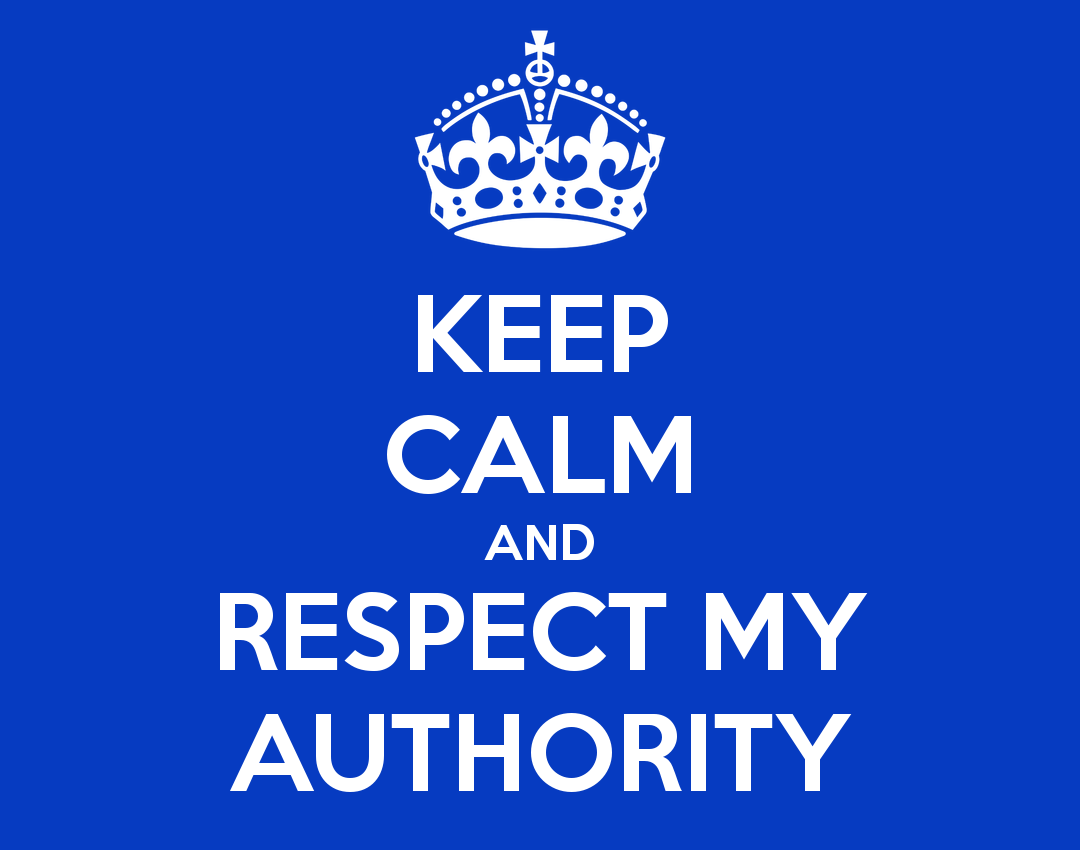 One thing all of us on all sides of the debate can agree on is that we want to see progress in the world. We in the West see tremendous suffering and injustice and grinding poverty. We all agree that this is bad. And we would all like to see the end of poverty and war. So how do we go about it?

We have seen that humanitarian aid very often creates as many problems as it pretends to solve and that financial aid very often ends up in the wrong hands or spent without proper accountability, failing to reach those it was meant to help. So that then brings into question the prospect of intervention. But what kind?

Humanitarian intervention is essentially interfering on behalf of an oppressed people, but that is not as laudable as it sounds. Here follows an extract from a speech by someone who I mention far too often:


“humanitarianism” is based on the fundamental idea that foreign peoples are weak, that they are victims, and that they need the patronage and assistance of the international community. In this sense, “humanitarianism” is the polar opposite of humanism. Because “humanitarianism” emphasises people’s weakness and their need to be saved. It rehabilitates, in politically correct language, the old idea of the White Man’s Burden. Humanism emphasised people’s ability to understand and control their affairs – humanitarianism flags up our inability to do that and our need for continual external assistance.

The consequences of humanitarian imperialism, of this so-called better alternative to old-fashioned forms of Western invasion, have been disastrous. “Humanitarianism” has created a situation where some opposition groups in repressive countries now spend more time trying to win the pity of the international community than they do trying to foster and create a new democracy.

Here I cannot disagree. Nowhere can this be better seen than in Gaza where pictures of dead infants are now a debating currency on Twitter. Whoever is the beneficiary of this intervention depends on who has the best international lobbying group and who runs the best PR campaign. There are any number of good causes around the world, yet a place like Gaza receives the focus of attention when places like Central African Republic do not. Humanitarian intervention is wholly selective and thus can only ever be hypocritical. It should also be noted that history is replete with examples where well intentioned interventions have caused untold bloodshed and suffering.

Liberal intervention on the other had is the notion that we can install democracy by force. As my friend points out, this is a misreading of what the word democracy means: People power. If democracy is granted by a benevolent benefactor then de facto it is not democracy. We can install democratic rituals such as elections, but these very often ignore long standing cultural traditions, sowing further injustice as we impose our alien order on cultures we do not understand.

It is also a little strong to assume we have the right to install democracy when we have no such thing here at home. We have benign managerialism, but you or I have no more say in how we are governed than an Iraqi in the darkest days of Saddam Hussein.

So can we please drop the pretense and stop talking about democracy? Our rulers don't want these nations to be democratic, nor do they wish ours to be. We wish to impose our liberal, touchy-feely social order and create obedient states who will buy our military equipment and do as they are told. It was never the intent to install democracy in Iraq in the true sense of the word. That was in the sales brochure, but it wasn't going to happen.

What Iraq did get was a system that on paper makes a great deal of sense, with systems of governance that are essential to trading in the global marketplace, whilst also ensuring the profits were used to create fairer and more just distribution of oil revenues, rather than concentrating it in the hands of a minority elite. It might have worked were it not for levels corruption that would make even the EU Commission blush. But that is to be expected. Very little given for free is ever respected.

Now that ISIS is plundering its way across Iraq, we see an unwillingness to fight to keep the "democracy" we installed because it was not of their doing and it was not their blood that was shed to get it. Welfarism writ large.

But there is still a strong interventionist gene that runs through my DNA, perhaps because I'm a geopolitical realist. If we don't intervene, others, usually worse, definitely will. The question is whether intervention is in our own strategic interest to protect our own economic and security concerns. Our interventions fail because we do not act in our own economic interests. We have moved away from what is right to what feels right. A phenomenon I am now calling wristband foreign policy, as we increasingly find ourselves governed by the dead hand of international NGOs.

There are times when nations must act in the national interest for their own prosperity and security. In the case of Libya, a stable state that acts as a buffer between us and massive African migration, there is a direct pan-EU interest in Libya not becoming another Syria - and that requires an international solution. That trumps any desire we might have for Libya to be a liberal democracy in the Western image.

Therefore, it was very much in our interests to quash the uprising, because all facts considered, with or without the pointless NATO raids, it was never going to go any other way than it has, which will have long lasting consequences for West Africa and Europe.

Instead of preserving our own interests, our intervention sowed the seeds of further chaos, where we actually created the military deadlock that prevented a swift resolution. Insomuch as that was not in our local interest, it weakens our hand in many other ways. This report offers some interesting observations in that: "the intervention is certain to have negative consequences for western non-proliferation efforts. The way Gaddafi was talked into dismantling his WMD program only to be attacked and toppled a few years later will have been closely observed by Iran, North Korea, and the likes."

It is in our own interests to ensure that no stable co-operative state fails and that we exert soft power to bring about a fairer and more just world for all. It is all very well saying that revolutions are the ultimate expression of democracy, but if through that process we see an exchange of one despotic regime for another, very often worse, which also has security implications for us, then little is served in the progress of humanity.

As the Institute for Security Studies also points out "There are circumstances where democracy promotion continues to clash with other vital western interests in the Middle East and does not top the list of western priorities for good reasons. Empowering the Shiite majority in Bahrain, for example, could compel the US Fifth Fleet to hoist anchor, incite Shiite unrest and undermine domestic stability in Saudi Arabia, and bring about a change in the regional balance of power in favour of Iran."

Is that in our interests? I don't know. I doubt it.

But then at this point I suppose I am not arguing for intervention as much as I am military conquest and imperialism. And I'm actually fine with that. We like to think the age of empires is over, but it isn't and it will probably be a fixture of global politics for as long as there is global politics. So I guess it comes down to whose side you are on. On the one hand we have an oppressive Russia, which is a lot further from democracy, liberal or otherwise, and then China who is polluting itself into oblivion.

In the global race, it's in our own interests to win, and it seems a more pragmatic approach is better for everyone. We must put the economic and material advantage first. It is not that intervention cannot work. The problem is what motivates us to intervene.

Our efforts in Afghanistan are all too telling. As much as we've been keen to set up an obedient state who will buy our weapons, we thought we could educate the inferiors out of their primitive ways. We set up schools to educate women, we set up elections and all the democratic furniture of a "liberal democracy" but failed to build any roads or airports to restore Helmand's once thriving agricultural trade back to where it was prior to the Soviet invasion. Brits can recite a long list of things the Roman occupation did to advance our society but Afghans will be scratching their heads when they ask "What did the Americans ever do for us?"

It is through economy building infrastructure that we can facilitate trade, and through free trade and free movement of peoples, liberal democracy will flourish in its own time. But sadly, we are no longer a culture where the adults are in control. Instead we are cultural imperialists where we seek to impose our social values on the world. It's not so much a case of "we will force you to be free", as "we will force you to be tree-hugging, left-wing, feminist socialists".

Not until we can clear out that rot, not least by ridding the world of the European Union and the UN, can we start venturing into the world with any authority again. We can't do it until we are governed by people who understand that it is the pursuit of the material interest that will ultimately be the fastest way to build modern trading partners with similar values to our own. So let's chuck out the hippies, stop worrying about Co2 emissions and start quashing these upstart revolutionaries if it suits our economic advantage.

Libya is a prime example of how we can achieve better outcomes with soft power - and nurture democracy, but by siding with democratic movements in the humanitarian interest, we end up making a horrible mess and getting rather a lot of people killed - at great expense.

We need to ask what is the point of being a first world military power if we are going to be passive spectators? We can influence outcomes, so why not influence them in our favour. And if an intervention costs less than the consequences of a civil war spilling out and harming our material interests then I don't see a good reason not to.

The problem with the West is that we've been telling ourselves for so long that we intervene to "install democracy" that we started to believe it. And it seems we do more damage when we actually believe the lies we tell ourselves. So let's stop pretending any of this has anything to do with democracy and go back to good old fashioned wars where it was just about the control of oil. And let's make sure we win.
Posted by Pete North at 14:20