Intervention is an unsolvable puzzle 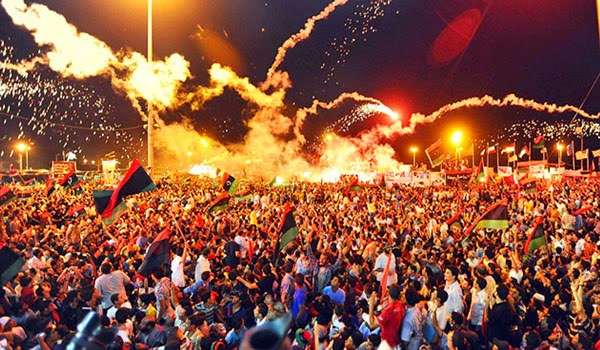 Fatuous comparisons are a recurring theme in Western punditry on matters pertaining to the Middle East. We have seen careless comparisons between Libya and Israel, and when it comes to the Arab Spring, similar contrasts are even more worthless. There is only one position from which to approach any such analysis: Algeria is not Libya, Libya is not Egypt, Egypt is not Israel and Israel is not Iraq and Iraq is not Syria.

The weak connection made between Algeria and Libya being that it was Western intervention that is primarily responsible for the ongoing fighting and Algeria is an example of what happens when we don't interfere. The suggestion being that if only we had left well alone then Libya would have followed Algeria in a near seamless transfer of power having swept away a corrupt and dysfunctional government. This is to compare chalk with a nuclear powered submarine.

First of all, Algerian society is mostly coastal, more Mediterranean than Arab, strongly connected with the Mediterranean trade circle, heavily influenced by it's French colonial past tending toward a culture of property ownership, rather than the traditional nomadic Arab culture. Though one brief look at Algerian election results in recent times and you see just how fragmented and tribal Algeria is, which means the culture is still very much unlike Western hierarchical structures. But Algeria was and remains a pseudo-democracy. In common with the French, they have voting rituals which shuffle the deck a little but when it comes to real change, it's masses out on the streets burning cars, tyres and the occasional sheep. The French stop short of self-immolation, which is rather a pity, but mass demonstrations are how things get done.

Libya on the other hand is considerably more Arab in geographic and sociological terms. Its population is a fraction of Algerias with nearly five times the GDP or thereabouts, with much higher concentrations of wealth. Population centres are built up around ports which are host to oil industry infrastructure which means highly valuable prizes for the victors in a post-revolution settlement. The end of the Gaddafi regime was always going to spark a space-race for control of oil infrastructure and the winners would be very wealthy, very powerful men. It is this that brings "Islamist" militias out of the woodwork, it is this that has Western corporates circling, and it is this that sees power brokers foreign and domestic joining forces to take control. Libya was never going to be a walk in the park.

If there is  a comparison to be made, it is that there are ISIS like militias operating within Libya, but rather than being part of a pan-arab jihadist uprising as some suggest, they are still very much the product of local and regional politics and have about as much to do with Iraq as Sheffield does.

This brings us to the question of whether our intervention in Libya created the mess we see today. The short answer is no. The NATO air operation was not intended as a means of regime change by force. It lacked that capability, but what is was was a message to both sides. To the Gaddafi forces the message was clear: follow these murderous orders from the regime and you will most certainly die. The message to the rebels was that if you are going to get rid of Gaddafi, now is the time to do it.

So in effect, what we accomplished militarily was to destroy Libya's air defences so that NATO retains total air supremacy whether it directly intervenes or not. The actual material effect of air strikes was at best inconsequential, at worst inconclusive. It is for this reason I call Operation Unified Protector a non-intervention intervention and what is happening on the ground is pretty much the battle for self-determination that needs to be had, give or take a USAF C130 full of M16s and rocket launchers.

It certainly can't be said with hindsight that arming the rebels with was particularly smart, but it does appear from the controversy surrounding it that the mess is more through incompetence than intent, and those who slammed the US for arming rebels are seemingly the same ones calling for the arming of Kurds to defeat ISIS. I know the two are not related, nor can we compare, but this is a tacit admission that there are no hard and fast rules for intervention, and that each case must be assessed on its own merits.

In the case of Libya, we have stopped short of overt political intervention and that is why fighting continues. For the moment the consequences seem to mainly affect Libya's fortunes which is something we just have to live with. But later down the line that war might start spilling out and treading on our interests as Syria's has in Iraq. It is at that point we shall have to decide whether the strategic interest or humanitarian interest takes precedence because the two are not always the same. What is certain is that whether we intervene or not, there will be consequences that do directly affect us and to say we shouldn't intervene at all is to say we should be passive spectators in matters that affect us.

James Snell offers an alternative perspective in the Huffington Post. He argues precisely the opposite of what many have been saying in that Libya is a consequence of not enough intervention, arguing that more direct involvement could have brought this to a faster resolution and at least restored some basic order (and presumably get the oil flowing again). In theory this seems plausible but in practice such an intervention would be resource hungry and require "security forces" to enforce the writ of any new government. The suicide bombings and uprisings in Iraq tell us that this would be a long term commitment, expensive and results in a weak government that few are prepared to fight for in the face of a constitutional crisis.

This is not a realistic proposition. We can't afford it, there is no public support for it and while the fallout mainly affects Libyans we can afford to ignore it as we did the Lebanon civil war. If we are going to get sucked into another war it will likely be Syria, and Libya is way down the list. That said, sooner or later, if no resolution becomes apparent, something will have to be done. What shape that something takes is anybody's guess. Whether you view it as a strategic interest or a humanitarian concern, eventually we reach a state where doing nothing is out of the question.
Posted by Pete North at 04:20